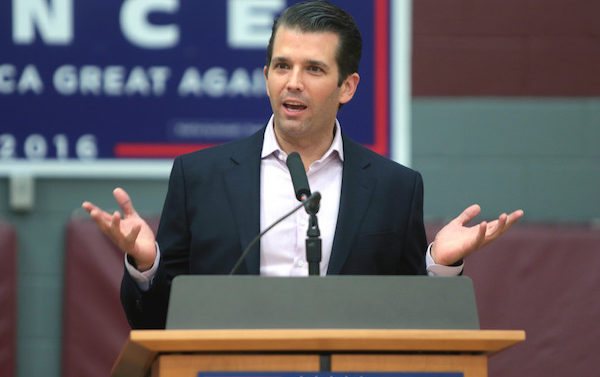 So many people want to attend a speech by Donald Trump Jr. that a right-wing campus group has moved the event to the Classic Center.

Six hundred free tickets were distributed in three hours, forcing organizer Turning Point USA to move it from the Ramsey Concert Hall in the Hugh Hodgson School of Music to a larger venue, said Erin Cooke, president of TPUSA’s University of Georgia chapter.

The event remains scheduled for Tuesday, Oct. 9. Cooke advised attendees to arrive early, since there will be heightened security. It will be first come, first served. Doors open at 6 p.m.

Cooke also said a “Georgia political candidate from Athens” may be in attendance, but they are waiting to announce until the campaign confirms he will be able to attend. (Our guess is it’s Brian Kemp, the Republican nominee for governor.)