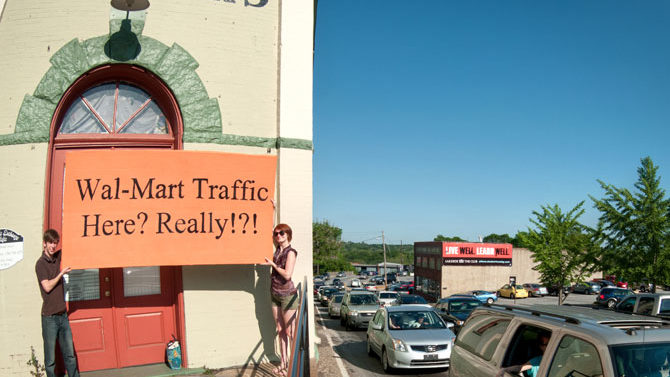 A Tangled Web: District 4 Commissioner Alice Kinman announced last week that she won’t be seeking reelection this July, joining District 6 Commissioner Ed Robinson in his decision to sit this cycle out. Upon hearing Kinman’s news at the Apr. 10 meeting of the Athens-Clarke County Mayor and Commission, Robinson took the unusual step of publicly urging her, with ardent sincerity, to reconsider her decision.

It’s tough to blame Robinson, even if we acknowledge his tendency to conduct his business in a manner that’s considerably less discreet than that to which his colleagues behind the rail are generally disposed. During her two terms in office, Kinman has been a stalwart of the commission’s progressive wing, and one of the hardest working, most thoughtful and best informed people we’ve had working for us in the government. She will be almost impossible to replace.

But replace her we must, and Ed, too, and likely Harry Sims (more on him in a moment). Andy Herod and Mike Hamby are both running for reelection, but their seats are available, too. (It’s easy to imagine a Doug McKillip/ Bo Mabry-engineered challenge to Hamby, but he and Herod should be fine.) Anyway, qualifying for the July 31 elections is in just six weeks, which means anyone who wants to run for these seats had better already be putting his or her ducks in a row.

Of course, that’s made somewhat difficult by the fact that the boundaries of the commission districtsâ€”along with the system by which they functionâ€”are currently in limbo while the U.S. Department of Justice reviews the Georgia Legislature’s unilaterally imposed reapportionment map for compliance with the Civil Rights Act. Redistricting is not supposed to do anything to decrease minority representation, and this one, whatever its inequities, was designed to pass that smell test with ease.

The Republicans who crafted the map and waved it through did so because their new brother-in-arms Doug McKillip, who sold it as an attempt to increase minority representation on the commission, wouldn’t have it any other way. Two of McKillip’s comrades in the Athens delegation, Sen. Bill Cowsert and even Rep. Keith Heard, the delegation’s lone Democrat and only African American, comforted themselves that the new map would indeed increase the chances for minorities to be elected to the commission, even as they signed on to what they certainly knew was an act of purely politically motivated aggression by McKillip. The Athens NAACP supports the proposed map because it does away with superdistricts, which it says, in accord with McKillip and Heard, dilute minority representation.

But a biracial committee appointed by Mayor Nancy Densonâ€”who has said more than once that she doesn’t care whether we have superdistricts or not, largely to dispel speculation that she doesn’t like themâ€”disagreed, finding unanimously that they do not. And what’s more, both of ACC’s sitting black commissioners, Sims and George Maxwell, believe the Legislature’s map is actually likely to decrease the number of African Americans on the commission, and say they will share that opinion with the Justice Department if and when they are asked.

Supporters of the new map say it will help minorities not just by eliminating superdistricts, but by creating a new “majority-minority” district, which, they say, could lead to the election of a third minority commissioner. But the “majority” in that district includes Hispanics, who participate in elections far less than black or white votersâ€”a situation Republicans, who continue to pursue ever more punitive anti-immigrant legislation as well as laws that make it harder for poor people to vote, don’t seem very interested in changing. Meanwhile, the new map would shift the boundaries of Maxwell’s District 3 to include the Boulevard and Cobbham neighborhoods, whose largely white, progressive and politically active populations are likely to produce at least one strong candidate in 2014, having been drawn out of the District 5 jurisdiction of their current commissioner, Jared Bailey. That will make District 3 far more challenging for Maxwell or another African-American candidate, a fact that isn’t lost on him or Sims.

“Actually, looking at it, it looks like it has the potential to elect only one” African-American commissioner, Sims says of the Republicans’ map. It has long been thought that Sims would not seek reelection after serving 20 years on the ACC Commission, but he now says he’s only “98 percent sure” he’s not running, and will make his decision based on how the redistricting shakes out. If the Justice Department wants to talk to him about the practical effects of the proposed reapportionment, he says, “I’ll gladly share what I think.”

So will Maxwell. If asked by Justice whether the Republicans’ proposed map will increase minority representation on the commission as they claim, he says, “I’ll definitely say, ‘no.'”

Does this mean the Legislature’s map won’t fly with Justice? Not at all. But, it would certainly suggest that the feds will be taking a long, close look at our reapportionment in the coming weeks. And that means the picture of our local electionsâ€”with qualifying fast approachingâ€”won’t be clearing up very soon.

Note: At a special called session Tuesday, Apr. 10, the mayor and commission approved a letter to be sent to the Justice Department commenting on the local reapportionment process and raising the concerns detailed above, among others.

The Saddest News: It broke our hearts at Flagpole to learn that Piper Needham, who was featured in a story in our Mar. 28 issue, succumbed on Tuesday, Apr. 3 to the leukemia she had battled for almost all of the two-and-a-half years of her life. Our deepest sympathies and sincerest condolences go out to the Needham family and to all who loved and cared about Piper. Donations in Piper’s memory may be made to CURE Childhood Cancer in Atlanta.