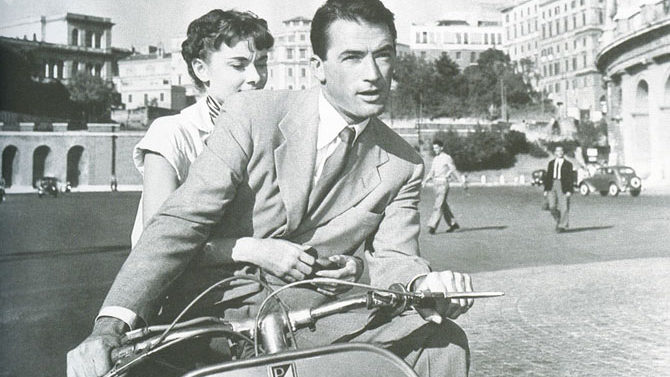 The Pantheon Joined: Until a week ago, I’d never seen a Mae West movie all the way through. So, after I watched 1934’s She Done Him Wrongâ€”her first starring vehicle, opposite a young Cary Grantâ€”as the occasion demanded, I looked up West’s entry in The American Cinema: Directors and Directions, 1929â€“1968, Andrew Sarris’ succinct, indispensable tome of auteurist appraisals. My own assessment had been that West was a magnetic performer with a polished schtick who wasn’t necessarily at home in the cinematic medium, which didn’t seem to be able to accommodate her very comfortably. Sarris, it’s safe to say, put it a bit more engagingly. His brief essay begins:

“The sad story of Mae West is that she was done in by the blue-noses. Social historians have designated 1934 as the censor-ridden year that marked the transition from Anita Loos to Louisa May Alcott, from Big Mama to Little Women, from such boisterous nymphs as Mae West and Jean Harlow to such bristling nymphets as Shirley Temple and Deanna Durbin. Even before 1934, however, the unexpurgated Mae West was somewhat too salty for the screenâ€¦”

That was Sarris, who died June 20 at the age of 83: original, contextual, witty, democratic and, above all, possessed of an uncanny ability to hone in on the exact qualities at the heart of an artist’s or a film’s ability (or failure) to resonate with himâ€”and to communicate those observations with such effortless force that his critical perspectives rang like authoritative history. “He saw each film as bearing witness to the promise of what cinema might be,” writes David Bordwell in his typically incisive tribute at www.davidbordwell.net/blog, “and he looked in even the tawdriest products for something approximating his dreams.” (Bordwell’s post also includes a thoughtful dissection of the polarizing dynamic between Sarris and his legendary critical rival Pauline Kael, as well as links to several excellent selections from the many retrospections, reflections and reminiscences that have appeared since Sarris’ death.)

The influence of Sarris’ introduction of the auteur theory to English-language readers and cineastes can’t be calculated, and practically anyone who’s written about film in the past half-century owes him an enormous debt. He may not be among the best-known to casual film enthusiasts, but he’s without question one of the true immortals of cinema.

Like-able: Those of you who miss the ICE-Vision film series, which is on summer hiatus (at least I hope it’s only for the summer), should join the series’ group on Facebook. Curator Will Stephenson and others frequently post interesting and esoteric short films, clips, trailers and various links and oddities that should appeal to most people whose sensibilities are engaged by, for instance, this column. Not to mention that it’s the best place to hear about impromptu, informal, off-season ICE-Vision screenings. Don’t say I didn’t warn you.

Actually Happening: As always, CinÃ© remains fully operational despite the summer doldrums that tend to take hold around here after AthFest rolls itself up at the end of Juneâ€”and this year, there are not one, but two Summer Classic Film Series to sustain you simultaneously through the swelters. The Family Classics series continues this weekend, July 6â€“8, with the lightly psychedelic 1968 animated Beatles feature Yellow Submarine, followed by the 1971 Gene Wilder version of Willy Wonka and the Chocolate Factory July 13â€“15. Also next week, the Comedy Classics series kicks off Thursday, July 12 with William Wyler’s sweetly romantic Roman Holiday (1953), which featured an irresistible breakthrough performance by then-unknown Audrey Hepburn opposite Gregory Peck. The films in the comedy series are all planned to be shown in 35mm prints with helpful introductions from local noteworthies. Tie a string around your finger and bookmark www.athenscine.com, where you can find much more info.

For What It’s Worth: CinÃ© is touting a couple of films on the “Coming Soon” page of its websiteâ€”Wes Anderson’s long-awaited Moonrise Kingdom and Beasts of the Southern Wild, the highly praised debut feature from director Benh Zeitlinâ€”as “worth the wait to see [them] at CinÃ©.” That’s a new tack by the nonprofit art house, and it’s right on the money. There are things multiplexes are good for, but screening quirky, quasi-independent films aimed at niche audiences doesn’t leap to the top of that list. Watching a delicate childhood fantasy like Beasts in a neglected side-box at Beechwood (yes, smaller than CinÃ©’s screening rooms) with the not-too-muffled Dolby Surround of Batman Explodes rattling the walls is not really the experience you’re looking forâ€”plus, it’s more expensive and it doesn’t do anything to support the film culture CinÃ© exists to facilitate in this community. Wait it out, cinephiles, you’ll be glad you did.

In Case You Were Wondering: While this is my last week as Flagpole‘s city editor, I’ll be continuing to write this column. It’s what brought me to Flagpole, and it’ll keep me here, tooâ€”hopefully, with a renewed focus on the things we’re talking about here. Thanks for reading.