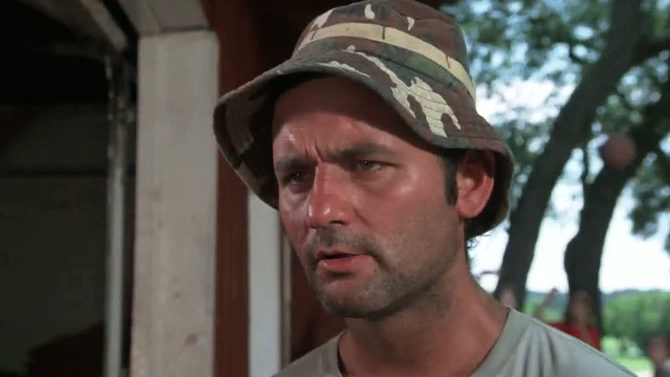 Bear With Me: The notion that Wes Anderson is the greatest working American filmmaker isn’t the easiest one to defend, though I often try, if only silently, to myself. He’s easily derided as “superficial,” and it’s true that the surfaces of his films are as meticulously fussed-over as any the cinema has seen: just look at the contents and arrangementâ€”which, it must be added, he is more than happy to show youâ€”of any shelf in any room in any of his films. Or at the lovingly accessorized costume of the most minor character, or the minutely calibrated framing of the briefest shot, or, perhaps most famously, the packaging of the often fleetingly glimpsed products, commercial and cultural, that he invents to inhabit his hyper-artificial worlds which, nonetheless, somehow reverberate with an only half-imaginary nostalgia.

Anderson is perhaps our era’s (and thus, history’s) leading progenitor of quirkâ€”not to say tweeâ€”in cinema, and that appellation (or epithet) carries with it some highly unstable freight. The fanciful quality of his uniquely developed mise-en-scÃ¨neâ€”including the arch, disarming directness that uniformly inflects the speech of his characters, particularly childrenâ€”can have a distancing effect. The cultivated but shambling charm that Anderson’s fans embrace in his films is off-putting to others, and it’s possible that those viewers will never see in these movies what we who love them do.

To me, the painstakingly designed, totem-filled, hermetic nature of the worldsâ€”it may, in fact, be more appropriate to use the singular worldâ€”of Anderson’s films serves to amplify the intense emotional lives of his characters, and provides the context and scale necessary to accommodate their outsized quests, and to comfortably ground their minor-key epiphanies. The world of The Life Aquatic with Steve Zissou, which includes fey asides like casual samba riffs on Bowie by Seu Jorge and quasi-Seussian CGI fish, also permits the ineffably moving climactic tableau of Bill Murray’s Zissou, surrounded by the remaining crew of his tiny yellow submarine after the death of the man he believes was his son, confronting the iridescently animated “jaguar shark” against which he has sworn revenge for killing his partner and wondering aloud, his puffed-up lion-heart finally swollen with grief and regret, if it remembers him. And the archaic pop-culture artifacts in Anderson’s new film Moonrise Kingdomâ€”Noye’s Fludde, FranÃ§oise Hardy, the Boy Scoutsâ€”strewn like talismans among the scenes of comic, poignant, deadly serious childhood romantic drama set up a penultimate sequence that openly quotes the ending of King Kong without being ostentatious, silly or at all cute.

Great directors are able to imbue each of their films with an internal set of rulesâ€”an elusive code of behavior in some cases, perhaps; an alternate physics in othersâ€”that can become the framework for the construction of sturdy truths. Anderson’s films, as shaggily elaborate as they are, ring with piercing truthâ€”not of the aphoristic kind, but which elevates his characters like strange, soulful new archetypes. When you see Moonrise Kingdom, if you haven’t already, try not to smirk at Anderson’s compulsively decorative aesthetic. It’s not empty artifice; it’s his heart on his sleeve.

The Rundown: This is a time of year when there’s not much going on film-wise in Athens other than comic-book blockbusters and, of course, what’s happening at CinÃ©. But there’s plenty of that: Woody Allen’s To Rome With Love is in its second week, as is The Best Exotic Marigold Hotel, and special events are piling up on top of those two high-profile hits. A Wednesday, July 18 screening of Shut Up and Play the Hits, a doc about LCD Soundsystem’s final show at Madison Square Garden, is closely followed by the Athens premiere of The Georgia Guidestones Movie (See the Calendar Pick on p. XX.) on July 20. The 8th Annual Darius Goes West Day makes its home at CinÃ© July 21, with the celebrated Darius and his crew on hand for storytelling and Q&A (see www.dariusgoeswest.com for more). And Bad Movie Night returns with the self-explanatory American Commando Ninja July 24.

Plus, CinÃ©’s twin Summer Classic Movie Series are continuing, with multiple screenings of two new classic films each week. In the Family Classics series, The Goonies plays July 20â€“22, and the series ends with a bang July 27â€“29 with The Wizard of Oz, featuring a special trapeze performance by the folks at Canopy after the Friday show. The next installment in the Comedy Classics series is Caddyshack July 19, 21 & 22, which will be a treat to watch with an audience for what, in most of our cases, will be the first time since its release more than 30 years ago (!). The following week may be the highlight of the series: a 35mm print of Charles Chaplin’s City Lights, which will be screened July 26, 28 & 29 with Manny Lage, host of WUOG’s “The Film Thing,” introducing the initial Thursday evening screening. That’s the pick of the monthâ€”I’m not going to miss it, and I hope you don’t, either.