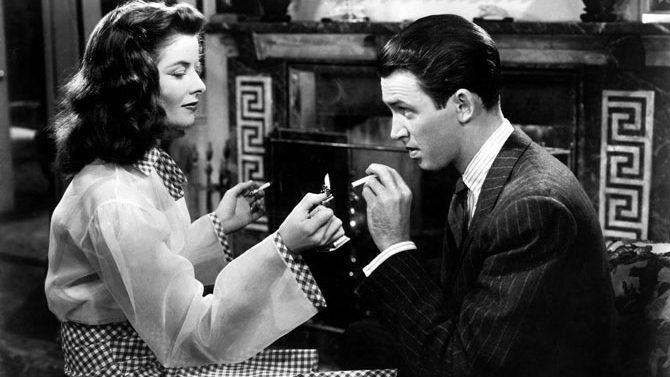 Once More Into the Blessed Dark: Since we’re beginning another semester here in vibrant Collegetown, GA, I’m going to make my usual optimistic assumption that there are a few readers out there who are new to this column. I’ll also imagine, because it pleases me, that said readers are with us today because this looks to them like a good place to find out what’s happening re: film culture in their new city, and that’s something they care deeply about.

I hope at least some of that is actually true; if not, well, we’re still having fun, right? So, let’s proceed: this is the time of year when, real or imagined, our newcomer cinephiles are offered a brief crash course in what we do when we do cinema in Athens. This column is devoted to keeping you up-to-date on everything enthusiastic film fans need to know about what’s happening on the non-blockbuster side of the Classic City’s screens, as well as events and developments in real life that might be of interest to same.

Well, mostly. This opening section is traditionally reserved for my reflections on a film I’ve recently seen, new or old, or occasionally on some other film-related topic that’s been keeping me up nights. In the interest of the order of the day I’ll keep it brief this time, but the idea is to help facilitate a local conversation on film by making this column a place where it’s engaged with seriously but accessibly on a regular basis.

Conveniently, the last film I saw in a theater happened to be Charlie Chaplin’s City Lights, projected from an exceedingly rare 35mm print at CinÃ©, our downtown arthouse cinema, as part of its ongoing Summer Comedy Classics series. CinÃ© (234 W. Hancock Ave., www.athenscine.com) is the hub of Athens’ film scene: a venue that’s dedicated to providing the kind of access to carefully curated cinema that a city must have if it wants to boast of a thriving cultural lifeâ€”something that’s obviously worth more than just bragging rights. CinÃ© became a nonprofit last year (full disclosure: I’m a member of its volunteer board), and repertory series like the current one serve a dual purpose: to fulfill a major part of the theater’s mission by offering difficult-to-replicate film-viewing experiences and to help raise the money it needs to operate through sponsorships and “special event” attendance drives. CinÃ© also thrives on memberships and donations, something you should consider if you’re inclined to support arts-based endeavors.

The next entry in the Comedy Classics series, George Cukor’s 1940 The Philadelphia Story, with Cary Grant, Katherine Hepburn and James Stewart, is about as good a reason to visit a movie theater as you’re going to find. It’s not on the level of Holiday, Cukor’s lovely, devastating 1938 masterpieceâ€”which was also written (or co-written) by Donald Ogden Stewart from a Philip Barry play, and also starred Hepburn and Grantâ€”but it’s still one of the greatest romantic comedies of that genre’s greatest era. The 7:30 p.m. screening Thursday, Aug. 9 will be introduced by Fran Teague, the Town & Gown mainstay and an English professor at UGA. If you can’t make that, you can catch a Saturday or Sunday matineeâ€”check CinÃ©’s website for showtimes. The series’ final installment next week is Monty Python’s The Life of Brian; check the website for those showtimes, too.

The other side of CinÃ©’s programming is its regular bookings of the latest arthouse-circuit foreign and independent films like Benh Zeitlin’s Beasts of the Southern Wild, which finally opens in Athens this Friday, Aug. 10. The prime time screening that night will be introduced by Freda Scott Giles, also of UGA’s Department of Theatre & Film Studies, so again, check for showtimes.

Athenswood Rising: The part of Athens’ film scene that has picked up the most obvious steam over the past year is its production sector. Collectives and projects like TeenScreen, Gonzoriffic, Soundies and VHS: Videographer’s Hella-Big Show have made splashes of various sizes in recent years, but feature filmmakingâ€”Hadjii’s 2006 Somebodies, 2009’s Ashley Epting-produced Not Since You and Ted Hafer’s ’90s-spanning opus Fatal Outlet asideâ€”had never had a major impact here until last March. That’s when Trouble With the Curve, starring Clint Eastwood, Justin Timberlake and Amy Adams and directed by Eastwood’s longtime producer and A.D., Robert Lorenz, took up residence all over downtown for almost a weekâ€”movie stars, lighting booms, craft services trucks, lane closures and all.

The makers of that film’s decision to come here had a lot to do with Georgia’s new film production tax credit, but Athens’ recent state designation as a “Camera Ready Community” played a role, as well. The same is true for the movie that’s shooting here at this moment, The Spectacular Now, directed by Athens native James Ponsoldt. FilmAthens, the local nonprofit group whose primary goals include facilitating film production here, also did a lot of work to make this shoot happen (and is working hard to support it now that it has).

These two shoots are only the beginning of what the folks at FilmAthens hope can become a steady stream of significant productions in the area. To that end, FilmAthens is hosting a series of tours of Athens for location managers, producers and other decision makers, the first of which was in late July. It went incredibly well, according to Danielle Robarge of FilmAthens, who seems confident these efforts are going to pay off. She says all of the location managers were impressed and enthusiasticâ€”one of them told her and other tour guides, “This is going to work.” If it does, it’ll have big repercussions for Athens’ film scene and beyond.

Back to the Darkness: Athens has a few other important film venues aside from CinÃ© and the multiplexes. The University of Georgia Tate Center theater has a rich history of screening repertory and non-mainstream films with low admission prices for students and non-students alike, but the selection there has slipped badly in the last decade or so. Brendan Boyle, who last year took over chief programming duties at UGA’s Cinematic Arts, which handles the Tate bookings, is trying to bring back some of the theater’s former glory, and there are hints of it on the fall schedule. Thursday nights are now reserved for repertory titles, and while not all of them are terribly imaginative, there are some definite gems, like 2001: A Space Odyssey (Aug. 30), Kathryn Bigelow’s underrated Point Break (Sept. 20) and, especially, Wong Kar-Wai’s exquisite In the Mood for Love (Oct. 4). Boyle and his compatriots also strive to ensure that all these screenings are in 35mm, so that’s good, tooâ€”especially with the Tate’s truly enormous screen. Check union.uga.edu/movies for the full schedule; if it’s not updated yet, it should be soon.

Other on-campus entitiesâ€”the Georgia Museum of Art and the Lamar Dodd School of Art, for instanceâ€”host screenings at various sites throughout the year, too, as well as other, often very cool film-related events. We’ll try to keep you informed of those in those in this column and in the Flagpole Calendar; keep an eye on both. And the Athens-Clarke County Library’s weekly iFilms series should return early next year, in its new auditorium once the major construction over there is finished. I’ll keep you posted on that and anything else I can think of, or that you tell me about. Happy viewing!