Jazz Duo Explores the Intersection of Math and Music 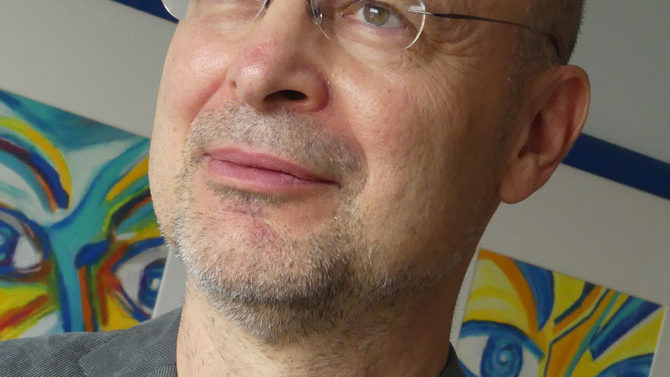 It might be surprising that Rob Schneiderman, a research mathematician studying geometric topology—or, more specifically, “surfaces in four-dimensional manifolds and three-dimensional knot theory”—left high school early and didn’t go to college. Instead, he threw himself into a career as a high-level jazz pianist, working with the likes of Billy Higgins, Rufus Reid, Charles McPherson, Slide Hampton and other masters.

In the midst of this, Schneiderman became a math autodidact, studied formally at the City College of New York in Harlem and earned a PhD from the University of California, Berkeley in 2001. Since 2006, he’s been a full-time professor of mathematics at Lehman College in the Bronx. When he arrives in Athens on Friday for a colloquium on math and music at UGA’s Hugh Hodgson School of Music, he’ll be drawing from deep personal experience, explaining how the often misunderstood fields of jazz and mathematics can be uncannily similar.

Schneiderman will be joined by a younger musician, alto saxophonist Marcus Miller (no relation to the famed bassist), who graduated from Harvard with a mathematics degree, worked as an applied mathematician for a finance firm, then swung decisively toward a jazz career—he now plays with Grammy-nominated vocalist Jazzmeia Horn and others. Miller leads an initiative called Math+Music and a bimonthly series at New York’s National Museum of Mathematics, Quadrivium, devoted not just to exploring the relationship between jazz and math, but also, per Miller’s website, “reframing the world as a place where technical and creative thinking are complementary tools that everyone can use to create the lives they want.” 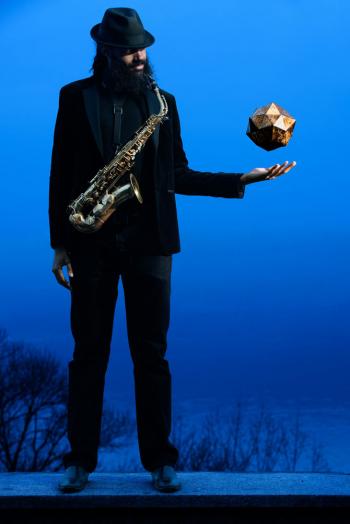 After the colloquium, Schneiderman and Miller will perform as a duo at Hendershot’s. They’ll choose material “from the jazz canon,” says the pianist. “It could be standards, or Chick Corea tunes, or Joe Henderson tunes, or jazz tunes you haven’t heard—all kinds of things.”

In comparing math and jazz, Miller and Schneiderman don’t want to suggest a “scientific” approach to music. Quite the contrary: They emphasize the creativity, collaborative ethos and search for beauty inherent in mathematics.

“We focus on the nature of the collaborative process,” says Miller. “One often has the idea of mathematicians as lone geniuses, thinking about things too abstract for the normal human to understand. Rob and I have found that it’s very much a collaborative process—a process of discussion, kicking ideas around, and that has deep parallels with jazz performance. You need interlocutors, people you can throw ideas to and they’ll throw ideas back—this reciprocal process of criticism, which in jazz happens in real time.”

“Mathematics research is usually done by more than one person at a time,” Schneiderman concurs. “In research sessions, you’ll have two or three mathematicians in a room for several hours jamming. You take turns soloing and accompanying. It’s fun. You’re combining the strengths of each person and catching each other’s mistakes. You develop an attitude where you embrace fallibility, and that mindset can be applied to lots of other situations.”

Mistakes and frustration can put young students off of math entirely. And just as they might regard math as unfathomable and remote, carrying what Schneiderman calls “mathphobia” into adulthood, people tend to regard jazz as difficult and inaccessible, among plenty of other stereotypes. Schneiderman and Miller don’t downplay the technical aspects and requirements of their fields, but in pointing out the thought processes and learning strategies behind them, they hope to demystify both.

Schneiderman also observes that “mathematics is a living, growing entity that people do research and discover new structures all the time. So, it’s not just about ‘solving for x,’ or things that have already been done.” One can say the same of jazz, with its ever-changing harmonic and rhythmic syntax, its ability to absorb the perspectives of young players from many countries and backgrounds.

Schneiderman discusses these ideas at length in the liner notes to Tone Twister, his most recent album. His essay “Can You Hear the Sound of a Theorem?” was published in Notices of the American Mathematical Society and also appeared in The Best Writing on Mathematics 2012, from Princeton University Press.

“I never made anything like a ‘decision’ between music and mathematics,” the pianist writes. “I just kept doing both.”