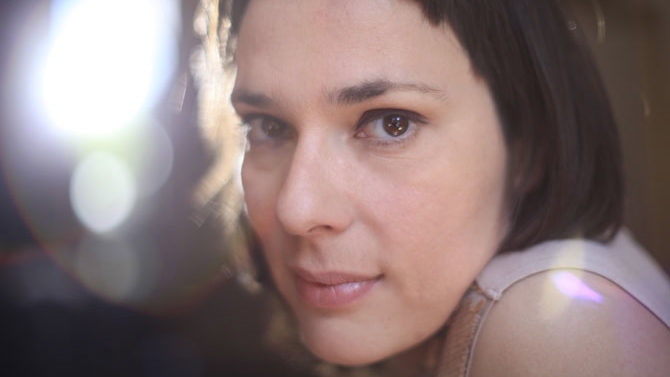 The “pop” in Popfest, obviously, references the stylistic through-line of the festival’s lineup. But while there are elements of pop music in Laetitia Sadier’s catalog, 30 years of populist lyrics suggest it’s as apt as a reference to her politics.

Her latest project is a solid example. Sadier has released a few solo albums under her own name, but after two decades fronting avant-pop pioneer Stereolab and three albums with Monade, she felt like she needed a real band name. The musician released Find Me Finding You this year under the name Laetitia Sadier Source Ensemble. She liked the mysteriousness evoked by “source,” and “ensemble” means “together” in Sadier’s native tongue.

May 1968 was one of the most transformative periods in modern French history, a month in which protests, strikes and civil unrest caused the president to briefly flee the country and the government to shut down. It’s also when Sadier was born in suburban Paris. The artistic and social forces that emerged from the movement shaped Sadier’s worldview, and she has always had a fascination with collectivism as a result.

“We’re told to believe we’re alone on this planet,” she says. “There’s a whole ideology that tells us, ‘You are an individual, and you can do what you like, and you can have what you like when you like.’ There is a much bigger system out there, which rules us, which governs us. We’re part of a whole. The malaise in our world comes from this disconnection.”

There is a connection between pop’s power to bring people together and the goals of collectivism. Music is useful as a vehicle for collectivist politics for the same reason it is useful emotionally: It can make you feel less alone. To hear your own feelings expressed in someone else’s music is a connective experience, allowing a listener to feel a sincere bond with a person she has never met.

Thus, music is an appropriate salve for the current moment. “We may not always agree, but at least it creates a tissue that links us in a tangible way,” Sadier says. “Same about joining a political or activist group. There will be a moment, in the not too distant future, where all these groups can communicate among themselves. There is a natural function, which is largely overlooked, for people and the collective to harmonize.”

Sadier believes art is becoming more political. The need for that collectivist vision seems especially crucial with a nihilistic, wannabe authoritarian sociopath in the White House, though Trump’s election is as much a symptom as a cause.

The most important thing an artist can do, in Sadier’s estimation, is to explore one’s own “singularity” and express that to the world. The more we express ourselves and understand one another, the better we can understand the systems we are all a part of. Pop can be branded as lowbrow or frivolous, but in the hands of an artist like Sadier, it can be a uniquely powerful weapon.

“Most people feel like they are strangers in their own environment,” Sadier says. “This is how capitalism operates. It needs to privatize everything. In that respect, in the sense of alienation people have from that, art should somehow reflect that and help people become aware of what is going on.”