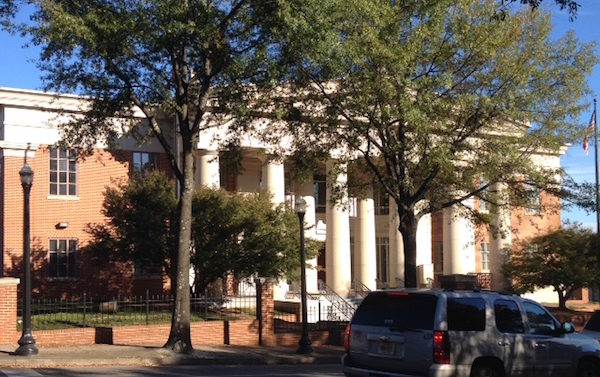 The News Building, a tiny portion of which is home to the Athens Banner-Herald.

Augusta-based Morris Publishing Group has reached an agreement to sell the Athens Banner-Herald to GateHouse Media, the company announced this morning.

The sale also includes Morris’ two other Georgia newspapers, the flagship Augusta Chronicle and the Savannah Morning News, as well as the Florida Times-Union in Jacksonville and seven other dailies. In total, GateHouse is acquiring 79 publications.

GateHouse owns more than 500 small papers, mainly in the Midwest.

Morris did not disclose the terms of the sale, which is expected to close in October. GateHouse’s parent company, New Media Investment Group, said it paid $120 million for the publications.

Parent company Morris Communications spun off its digital ad sales in 2013, and CEO Will Morris said in a news release that it will “diversify our business holdings with print and digital communications and real estate development.”

Morris has struggled financially in recent years, going through bankruptcy in 2010 related to its decision to go $400 million into debt to buy the Times-Union in 1999 and inability to pay back bondholders. It’s also faced the same challenges facing media companies everywhere: the recent recession, declining print advertising revenue and stiff competition for online ad sales.

As a result, the company slashed wages in 2009, and employees have endured several rounds of layoffs, with the ABH editorial staff shrinking from about 30 to 10 in the past decade. The company laid off the press staff and copy desk, sold its printing press, and now lays out and prints the Athens paper in Augusta. It also sold the paper’s headquarters, The News Building on Thomas Street, in 2012. Cuts continued even after Morris cleared off its debt in 2014.

GateHouse went through its own bankruptcy in 2013 and may not be much healthier. The company initiated a round of buyouts last year, and in February New Media was signaling more layoffs in preparation to buy more papers.

“GateHouse Media’s buying and slashing spree has led to the wholesale deterioration of once-great newspaper properties,” the United Media Guild wrote in May.

Nor will the GateHouse sale change the ABH‘s conservative editorial stance. (Corporate headquarters has forced its papers to endorse Donald Trump and run other far-right opinion pieces, angering many liberal readers in Athens.) Billy Morris—the former CEO, current chairman and Will’s father—will retain control over the editorial pages at the three Georgia papers as part of the deal.

Scot Morrissey will stay on as the ABH‘s publisher.

Soul-Food Restaurant Peaches Is Back