Tommy Stinson Hits Athens on ‘Cowboys in the Campfire’ Tour 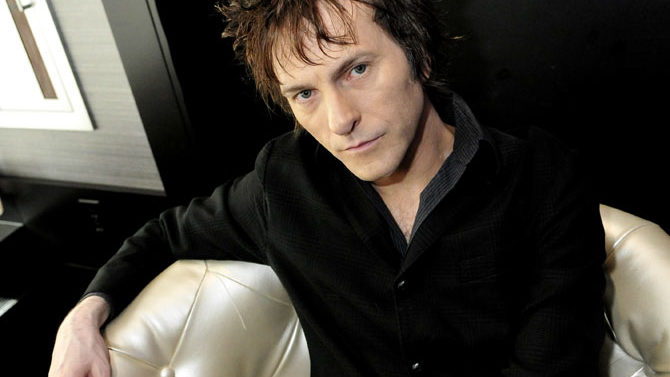 A few days before The Replacements’ founding bassist, Tommy Stinson, takes the stage to perform for an audience of roughly 100 here in Athens, his other former band, Guns N’ Roses, is scheduled to welcome tens of thousands to the jungle at the Georgia Dome. But if you suspect Stinson feels like he’s suffered some sort of career demotion, you’re wrong.

Also featuring guitarist Chip Roberts, Stinson’s summer tour, billed as “Cowboys in the Campfire,” will hit breweries, record stores, art galleries and other small spaces to preview songs from a forthcoming record, due either this fall or early next year. This mode of touring may seem unorthodox to a musician with a resume like Stinson’s, but he says it’s exactly what he wants to do at this moment in his career.

“I wanted to go and do something fun and low-maintenance with a guitar on my back and a couple of friends. I just felt like, next to busking, this is the closest that I’m gonna get to that,” Stinson says of his jaunt around the Eastern Seaboard and Midwest.

Stinson says the tour is a good way to pass the time before details are released about the new album, which he completed earlier this year. Although the songs were recorded at his home studio, Stinson has been relatively quiet about the project’s particulars. Nevertheless, he says the album is very much “a band record,” rather than a completely solo venture.

“I’ve always liked the band thing—the camaraderie, the team vibe. It’s always been a huge thing to me,” Stinson says. “I wanted it to feel good and sound like it was a bunch of people hacking it out together and getting that rock and roll thing.”

As for his relationship with Axl Rose and company, Stinson makes it clear that there isn’t a drop of bad blood. “I’m not an ambassador of goodwill because I need to be. They’re my friends, and I’m glad for them,” he says.

Having served as Guns N’ Roses’ bassist and musical director, Stinson says he’s totally at ease handing the torch back to the group’s original members for one of this year’s most anticipated tours. “All of those people are my friends—the band guys, the crew guys. The only one I don’t know is Slash. I don’t think I’ve ever really met him. But I’m friends with all of them, Axl included.”

Stinson has also grown used to answering questions about The Replacements since that band abruptly ended its reunion last year. He says that, while he and Paul Westerberg exchange texts and phone calls regularly, there are no current plans for another collaboration between the two, Replacements-related or otherwise.

“We did our thing… We’ll probably play something together again. We never said we wouldn’t,” says Stinson, quelling any rumors that the Minneapolis legends ended things out of spite. “As for anything in the works? Not a thing.”

Stinson’s current project will bring him back to Athens, where The Replacements had their fair share of raucous fun in the ’80s. While it’s been several years since he last performed in town, Stinson says he looks forward to seeing old friends during his visit.

“There’d be a lot of times when we’d roll into town and be there for a little while and meet friends and some lifelong friends. In Athens, it’s R.E.M. I’m looking forward to seeing old faces that I haven’t seen in awhile.”

In terms of the big picture, although others from his generation have lamented the changing music industry, Stinson says there’s no need to sound any alarm. “I think there are options. I think the world is still our oyster,” says Stinson, commenting on how the seismic shifts in popular culture have impacted his approach.

Instead of focusing on yesteryear, Stinson would rather get to work doing the thing he does best: playing for a crowd, regardless of the size. “I have an inner drive that has nothing to do with who is going to be there. I just go and do my thing,” he says.