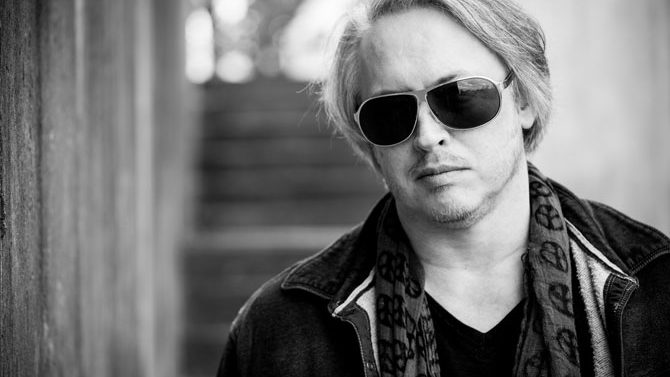 Like others in the tightly knit Athens scene, Daniel Hutchens has occasionally gotten by with a little help from his friends. After suffering a minor hemorrhagic stroke last fall while in the midst of recording new material with David Barbe, the lifeblood of long-running local rock band Bloodkin found himself in need of financial support to cover medical expenses and related costs.

“I’m very lucky that my manager and some very dear friends came together to raise money and help out financially. I would’ve never expected that amount of support, but it’s been wonderful,” Hutchens says. At the time of this writing, a GoFundMe page has raised over $27,000 to support Hutchens’ medical recovery effort. Hutchens adds that Nuçi’s Space was instrumental in providing advice on how to handle the situation.

Despite his illness, Hutchens made his way onto the Georgia Theatre stage for the annual Bloodkin and Friends show only two weeks after suffering the stroke. While he didn’t play guitar, his appearance stands as a testament to his investment in songcraft and performance.

“I didn’t feel comfortable doing a whole show yet, especially because full-on Bloodkin shows are always a workout,” says Hutchens. While doctors expect him to make a full recovery, Hutchens says he plans to gradually return to the stage to show off his signature brand of Southern rock.

A local music fixture long before his recent illness, Hutchens, who is originally from the small town of Ripley, WV, says his intention was never to settle down in Athens. Following a stint in Huntington, WV, where he honed his craft of writing original material in a town where cover bands thrived, Hutchens and his musical partner, Eric Carter, planned to drift from town to town in search of new scenes around the country.

After striking up friendships and collaborations with others around Athens, Hutchens and Carter decided it was a fine place to call home. “We truly expected to be here six months and maybe go wherever—maybe Austin or somewhere like that. But we had a band within a week,” says Hutchens.

“There were people like us from all over—people that didn’t quite exactly fit in wherever they were from. They gravitated to places like Athens,” adds Hutchens. “It really did feel like home… It was everything we were looking for.”

Hutchens, who released a solo album last year, hasn’t regretted the decision. In 2016, Bloodkin celebrated its 30th anniversary. Hutchens has earned the respect of many of his contemporaries over those decades, with his songs being recorded and performed by notables like Widespread Panic.

“It happened organically, getting to know [Panic],” says Hutchens. “We respected and liked each other’s music. When we met these guys, it wasn’t like they were the touring giants they have become.”

Hutchens’ recent issues have implications for his performances. He continues to regain feeling in his right arm, which will impact his playing for a short period of time.

At his upcoming 40 Watt show, “I’ll probably have a band. I don’t know who it’ll be yet,” says Hutchens. “That’s another fortunate thing about Athens. Aside from Bloodkin, I know so many people who know a good number of our songs. It’s like having a bullpen where you can call in some relief.”

Hutchens says dealing with the medical incident has reminded him to take nothing for granted, including his ability to write and perform with longtime friends. “It makes everything more meaningful to me,” he says. “It sounds cliché, but you immediately start thinking about what matters.”