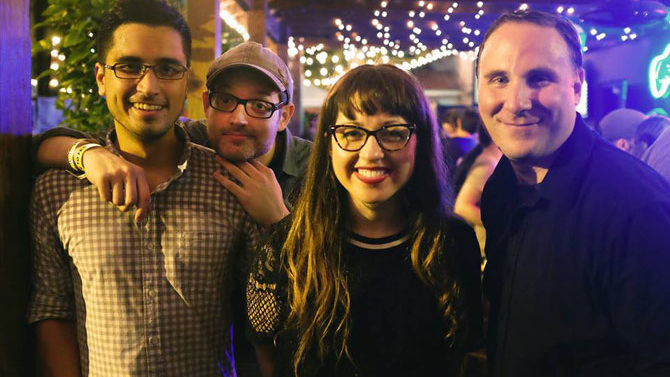 Hailing from Orlando, The Pauses ought to be included in the South’s long list of underappreciated but nevertheless nuanced acts. Lead singer Tierney Tough manages to channel the lush vocal production of The Beach Boys, often alongside refined radio-rock filters à la Everclear. Like Brian Wilson’s brainchild, captivating keys arrangements are featured throughout the band’s catalog. Over the past several years, The Pauses have developed strong relationships with several Athens and Atlanta bands, and will stop in both locales during their current winter run. For their show at The World Famous, the band will be joined by Oak House, a local favorite known for its complex style of post-rock.