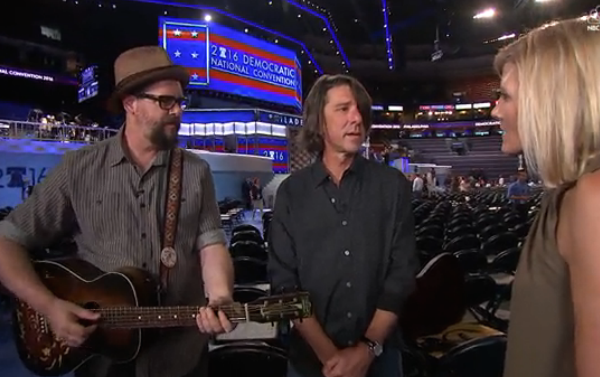 “It’s what needs to happen. The stakes are too high right now to sit around and cry because our first choice didn’t get to go all the way. I’m definitely totally on board” with Hillary Clinton, Hood said.

As for support for Republican nominee Donald Trump, “I think it goes back to old-school Archie Bunker-ism,” said bandmate Mike Cooley said.

Cooley and Hood were in town to perform at a gun-control event sponsored by former congresswoman Gabby Giffords.

“It’s time to introduce some sanity into our relationship with our guns,” Cooley said.