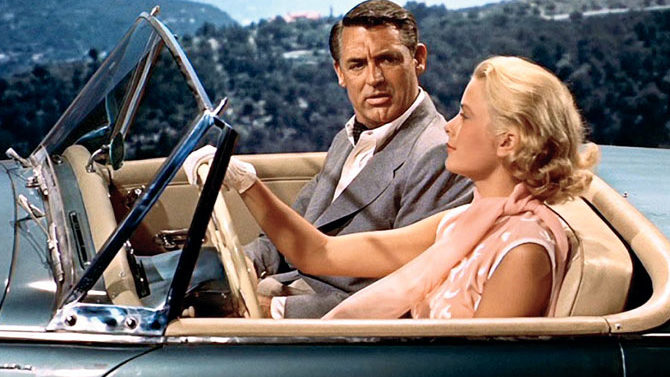 Retirement is often viewed as the reward following a lifetime of hard work. However, individuals with less-than-legal careers might find that it’s simply a stopgap between felonies. In Alfred Hitchcock’s 1955 film To Catch a Thief—which plays at Beechwood on Sept. 24 and 27—and Jonathan Glazer’s 2000 contemporary crime classic Sexy Beast, criminals enjoying luxurious European retirements find their leisure cut short by their pasts.

TO CATCH A THIEF (1955) The most intriguing quality of To Catch a Thief is its sumptuous visuals, lensed by cinematographer Robert Burks. In one of four films he made with Hitchcock, Cary Grant plays John “The Cat” Robie, a burglar who has left behind his life of crime for the French Riviera. The setting provides the raw material for Burks’ Academy Award-winning visuals, which showcase scenic hillsides dotted with villas, outdoor markets resplendent with rich shades of red and green-tinged nighttime rooftops. Characters move through these opulent frames dressed in ensembles from legendary costume designer Edith Head, who received an Oscar nomination for her work.

As one of cinema’s most skilled visual storytellers, Hitchcock uses these stunning images to engage viewers’ attention during long stretches when it might otherwise wander. Grant is paired with Grace Kelly, as American heiress Frances Stevens, and many scenes feature little more than their banter. Hitchcock wisely places this banter against Burks’ best handiwork to keep the audience involved. When a car chase ensues, the director’s interest in his character’s surroundings becomes utilitarian; since the viewer is so familiar with the terrain, he or she understands the difficulty faced in speeding through this landscape. If the preceding shots are not enough, a helicopter shot of the car navigating winding streets lays bare the challenge in their flight. Hitchcock finds the simplest path to telling a story wordlessly and executes it flawlessly.

Grant’s wildly expressive face is another boon to someone with the director’s visual sensibilities. With a smile or a look of discomfort, he can set the mood for an entire scene. His geniality is also infectious, like in the scene where John endears himself to Frances and her mother with a sleight of hand. In the last of three performances for Hitchcock, Kelly actively provokes these reactions and more out of Grant as John is suspected of a string of robberies along the Riviera. Decked out in a white strapless dress, Frances tries to lure him into stealing her diamond necklace. In the window between them, a fireworks display is exploding in the distance. We cut between two-shots of the couple and shots of the fireworks, getting closer to John and Frances as the scene progresses. The eruptions stand in for passion, excitement and, eventually, implied sex. Only a master director like Hitchcock could find such a captivating workaround to the era’s censorious Hays Code. 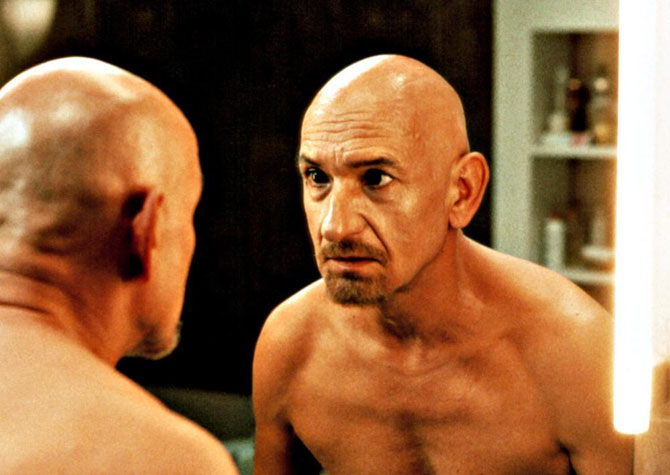 SEXY BEAST (2000) Sexy Beast is a decidedly less light-hearted look at life after crime. Ray Winstone stars as safe-cracker Gary “Gal” Dove, who retreated from London to a Spanish villa. A formerly glamorous ladies man, Gal has embraced the widening frame and sloth that retirement allows. Our first image of him is a shot-reverse shot that switches from a brilliant, beating sun to a bronzed, doughy Gal lounging in sunglasses and a yellow Speedo, the very image of hedonistic relaxation. He and his wife pass their days in constant leisure with another retired couple.

A disturbance to this comfort arrives with a visit from his former colleague Don Logan (Ben Kingsley, in an Oscar-nominated performance). The sullen, withdrawn, borderline terrorized expressions on the faces of the couples as they discuss Don hints at the magnitude of what is on its way. Don’s plan is to convince the retired Gal to join a London heist, and he employs all possible methods—flattery, insults, violence, profanity and more—to sway the retiree to his way of thinking.

However, Gal is far removed from the criminal underworld, and Glazer often positions the actors in profile—sometimes in the same frame—to show how different their existences have become; while Don is taut, sinewy and angular, Gal is soft and round. This juxtaposition is one of many examples of the expert filmmaking that Glazer honed in music videos like Radiohead’s “Karma Police” and Jamiroquai’s “Virtual Insanity,” yielding a lean, 88-minute crime thriller that deftly twists its way to a bloody climax.