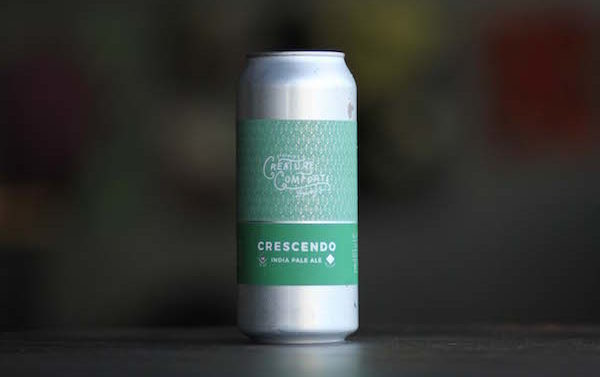 Creature Comfort’s latest small-batch brew, an IPA called Crescendo, will be released at its tasting room tonight on draft and Friday in four-packs of 16-ounce cans.

The brewery describes Crescendo as “a slightly hazy IPA with notes of honeydew, white peach skin, pineapple, and orange” from the El Dorado, Galaxy and Grungeist hops. It’s 7.2% ABV.

This comes on the heels of last week’s release of the double IPA Duende on draft and in tallboy four-packs.

Terrapin’s latest offering is Hammer 58, a 5.8% ABV pale ale named in honor of former Atlanta Falcons linebacker Jessie Tuggle. It will be available only at the Athens brewery location, Mercedes-Benz Stadium, The Wing, select Taco Mac locations and the taproom at SunTrust Park.