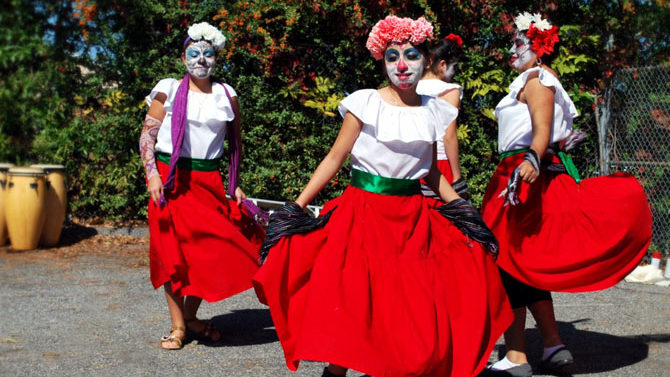 Latinx Heritage Month, Sept. 15–Oct. 15, recognizes the contributions of Latin Americans to the U.S. and celebrates the many cultures of Americans from Mexico, Spain, the Caribbean and Central and South America. This week, the celebration will come to Athens for the ninth annual LatinxFest on Saturday, Oct. 13.

Food, music and dance will highlight the event. Beto Mendoza, the coordinator of the event and leader of Dignidad Inmigrante en Athens, said performances will include a mariachi band, salsa dancers and traditional and modern dance from a variety of Latinx cultures. Performers will include El Chupaskabra, Incatepec, Tonali, Lydia Brambila (see Record Review) and more. The event will also have activities for kids, food booths and vendors.

The festival is “a great chance for the Latinx community to celebrate the food, music, dance and people that make our cultures special, and to share all that with the larger community,” Mendoza said in a press release.

This year will be the first time the event will be held on downtown streets. Mendoza said he believes the festival will attract more people than previously. In years pasts, the festival had between 500–700 attendees. This year, Mendoza said he’s hoping for at least 1,000 attendees. However, Athens-Clarke County police are advising the organizers to expect more.

The past year has been one of many struggles and triumphs for the local Latinx community. In July 2017, Clarke County Sheriff Ira Edwards instituted a new policy of complying with ICE requests to hold undocumented inmates for up to 48 hours. While detained, ICE could pick up and deport undocumented inmates, many of whom had not been convicted of a crime. The policy was met with widespread criticism, and in April Edwards reversed it.

“We are humans, and this is our home,” Mendoza said. “This is going to be a space for us to come together… for us to be real, to have an opinion, to be a part of the scene and to be like a real family.”

Mendoza said most of the Latinx community did not feel welcome downtown before the festival was started in 2010. People were “being harassed by police while walking in the streets,” and bars denied entry to those who didn’t comply with their dress codes, he said.

“Before, we never held the event in downtown Athens, because it was segregated. Now, we think that we are 12–20 percent of the population in Athens, so we think it’s time to say, ‘We are here,’” Mendoza said. The festival started in 2010 at the Pinewoods library in northeastern Athens, then moved around to other locations in immigrant neighborhoods before settling in at Creature Comforts for several years.

“The Hispanic community has lived in Athens for many, many years… We have a big percentage of migrant communities that have been marginalized,” he continued.

Mendoza said the Trump Administration has created a misconception amongst Americans about Latinx people, but this festival offers the chance to prove the perceptions false. “That is one of the things that the government tries to portray,” he said. “The conservatives and many people in the South believe that the brown people are drug dealers and rapists… criminals and illegals.”

Mendoza said whether attendees are citizens, documented or undocumented, “we can come together, because we are part of the same family.”