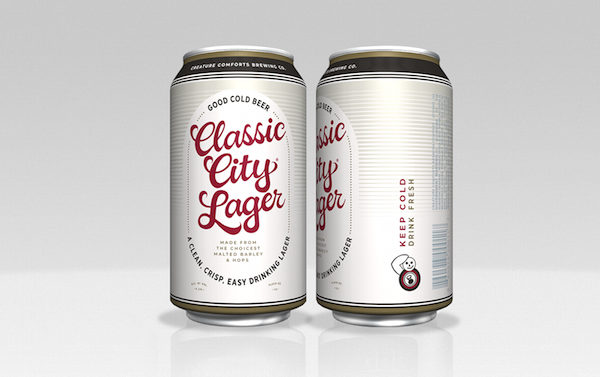 The 4.2% ABV pale lager is meant to be an introduction to craft beer, as well as a simple, cold beverage to keep stocked in the fridge, according to head brewer David Stein.

It’s been available on draft for a while now, but at its most recent Service Industry Night, Creature Comforts rolled out six- and 12-packs of cans. They’ll show up in stores in Athens soon, if they haven’t already.

Two other new beers, both limited editions, will also be available at the brewery starting Saturday in 750 milliliter bottles.

River Ridge Black (8% ABV) is a dark ale aged in French oak, then conditioned on top of black raspberries from River Ridge Organics and black currants.

The spent fruit blend was then used to condition Fauxjoulais (6.9% ABV), a blend of saisons from Creature Comforts’ wine-barrel cellar. The name is a play on Beaujoulais, a type of French red wine.

My Guy Is Cheating Again