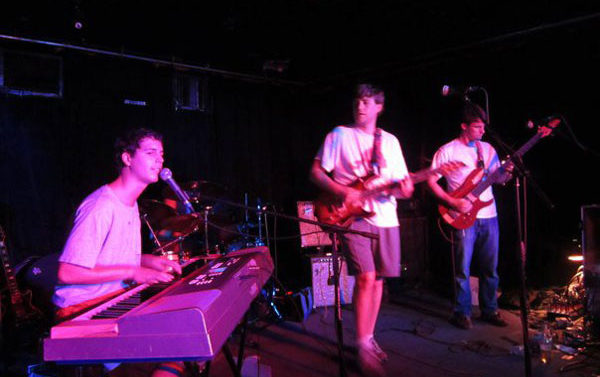 Duxedo formed from the remnants of two other Athens bands: Treedom and Tribal Zine. “During our college years, both these early bands played together and often opened for one another,” says Duxedo via email After a few members left each group, the rhythm section from Treedom joined forces with the keys and guitar players of Tribal Zine. “Now we creatively push for a funk/rock vibe throughout our original material. But pigeon-holing our music would be too tough. We are so cohesive because no one of us demands a certain sound.”

There are elements of psychedelia here with lots of room for improvisation—plus, as Duxedo says, a “mixture of in your face and weird” that was inspired by Primus. Search for Duxedo on Facebook if you want to hear some of their swampy funk and read about “spiritual flatulence among men.” I hope the latter has more to do with just being weird than “in your face.” Sounds better than it smells? You’ll have to decide for yourself.