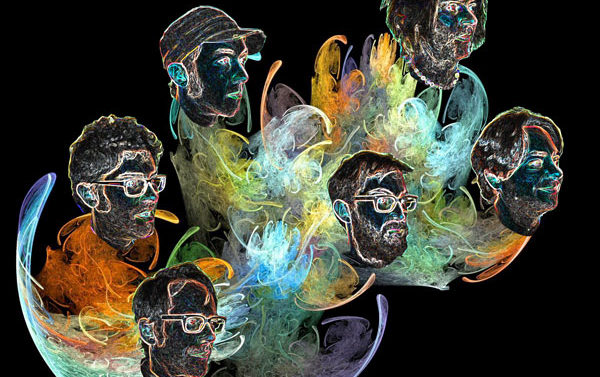 Revealing the true identities of the bandmembers that make up this wildly eclectic lineup might take something away from the delight of seeing them collect on stage for the first time, so we’ll leave the description just as ringleader Bryan Poole (AKA BP Helium, of Montreal) presented it. Of course, you might be able to wager a guess or two based on the list of bands that share members with Space Trucks. This brand-new group, with just a couple shows under its belt, has been cloaked in enigma since day one. The group’s debut show was described only as “a delicious dessert from the Late BP Helium,” but the mystery may have been more a result of circumstance than a marketing ploy.

So, presumably, this as-of-yet-undefined band could’ve really been anything, but as it turns out, Poole couldn’t be more pleased with the direction it took. “This is a band I wish I had formed, say, five years ago,” he says. “I grew up on Afrika Bambaataa, Skyy, Lakeside and a bunch of other early-’80s funk bands. The last days of real funk bands. Bernie Worrel caused a stir in funk with his amazing synth basslines. Afrika Bambaataa heard Kraftwerk and freaked out and turned his gang into an art collective called the Zulu Nation. The Krautrock scene of the ’70s with Can, Neu!, etc., was the embracing of a metronomic groove and sonic landscapes. Fela Kuti and his disciples applied similar principles mixed with American funky soul and local rhythms. All of these things are woven into Space Trucks.”

The band’s debut show was a groovy kaleidoscope of textures from an impossible number of surprise instruments. Propulsive assorted percussion was punctuated by trumpets and saxophone and layered with psychedelic sounds from something Poole calls the “Fun Machine.” Guitars and keys danced together, and even their offspring, the keytar, made a guest appearance. It was a sort of wild, worldly jam and an impressively cohesive set for a debut performance.

“We are still defining that sound,” says Poole. “Maybe it’s Primal Geometry. Its goal is focused more on the hips than the head. Telefunkenstein.”

For a visual representation of the band, see spacetrucks.net.

Next show: The band is currently looking for a house party that’ll have ’em. Yours?