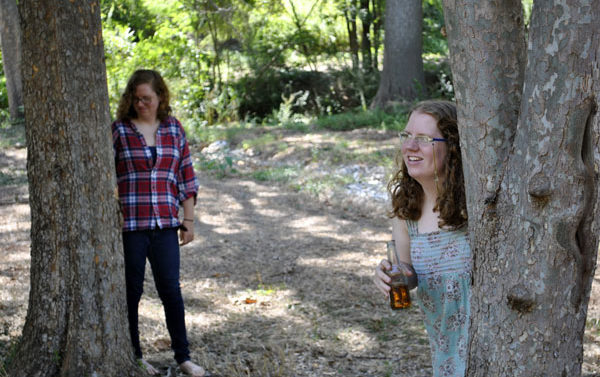 Emily says the duo has been “harmonizing since the womb” and are “influenced in equal parts by Spice World and Appalachia.” Yes, that’s Spice World, as in the film featuring The Spice Girls. I know, I don’t remember Folky Spice either, but before you dismiss the reference, visit The Skipperdee’s YouTube channel at www.youtube.com/user/TheSkipperdees and search for their series of “’90s November.” It’s a brilliant collection of their favorite ’90s songs—performed on guitar and banjo—one for every day of the month. Yes, there is a Spice Girls track among them. Although the girls may have grown up with an affection for alternative pop and rock, it’s lucky for us they decided to pursue a more organic sound, as they do folk beautifully. For all original tunes, check out the girls’ new release, Here’s to Hoping, streaming on theskipperdees.bandcamp.com. The record, says Emily, “tells of haunts literal and figurative” with what Flagpole’s own Gordon Lamb called “poetry worthy of Dickinson and an honesty rare as rubies.”