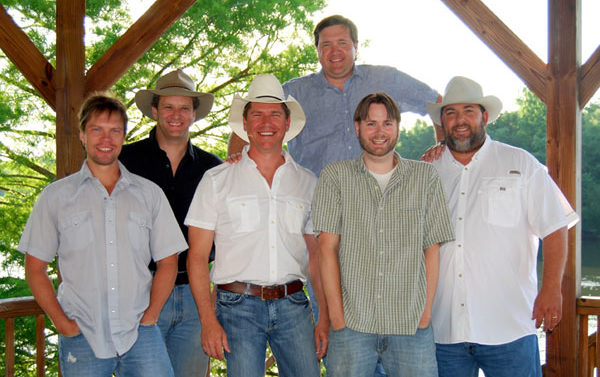 There ain’t nothin’ new about seeing Kinchafoonee Cowboys on the Georgia Theatre marquee before a big home game. But in many ways, consistency is what has set this band apart from the pack. Kinchafoonee Cowboys are celebrating their 20th anniversary on Friday, and in those two decades the group has never strayed from its MO: slinging classic country covers and a handful of high-energy originals. It’s a niche that’s served them well as they’ve managed to play more sold-out shows at the Georgia Theatre and break more pre-fire bar sales records than any other act. They’ve reveled in a popularity that never seems to wane, and not many bands in this temperamental town can say that.

“I’ve been making my living playing music in this town since I moved here in ’95,” says piano player Jason Fuller, who joined Kinchafoonee in ’98. “And I’ve never seen anything like the Kinchafoonee Cowboys in terms of the rowdiness of the fans—how excited they get, how they just sing the words to every song. I have not been able to duplicate that with any other band I’ve ever played with… When we’re done with certain songs—Alabama or Hank Williams, Jr. or certain originals like ‘Eggs Toast Grits and Bacon’—the crowd response is just second to none. It’s excruciatingly loud and enthusiastic.”

And it’s been like that since the beginning. “Kinchafoonee came right out of the gate and just started hitting it big,” says Fuller. “I think, within even one year they were pulling close to 1,000 people in Athens, and it just never let up since then. It’s almost an anomaly in terms of band speak!”

In celebration of the band’s anniversary and their first show at the Theatre since the fire, Kinchafoonee will be filming its entire first set for a future DVD release, plus a couple of music videos for two new original tunes. The goal is to capture that special feeling that is unique to a Kinchafoonee show at the Theatre. So, if you’re in the mood to get rowdy, head down and help the band break some more records.