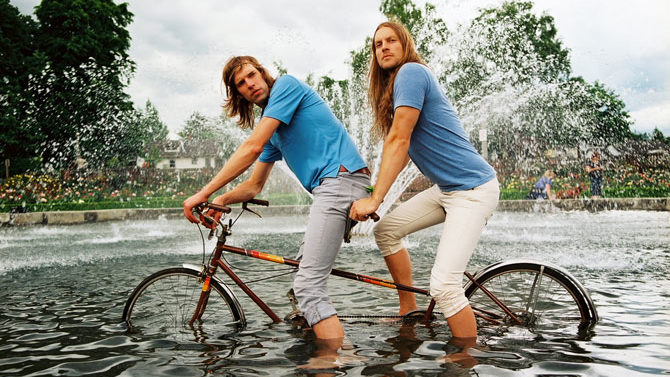 Since the band formed over a decade ago, the members of experimental Portland rock band Menomena have lived on instincts, writing much of their material in long-winded, wide open sprints of digitally looped creativity, picking parts from recorded practice jams and turning the best impulses into full-fledged material. But the foundation of instinct is chemistry, and Menomena needed a change after its 2010 album Mines took more than three years to complete. Multi-instrumentalist Brent Knopf departed the band soon after, leaving Justin Harris and Danny Seim to form a new chemistry. Seems to have worked: Last year’s Moms was the group’s most mature and focused album to date, full-fledged proof that, while three may be a crowd, two can still be plenty of a force.