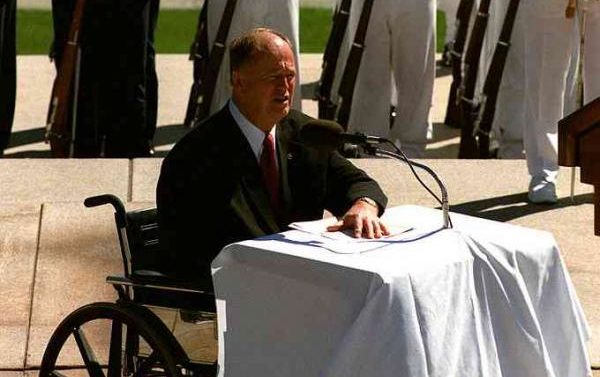 Former U.S. Sen. Max Cleland would be the favorite to win his seat back if he runs in 2014, according to Public Policy Polling.

Cleland, a Democrat, probably isn’t going to run. But if he did, he’d be leading by one to seven points against any Republican who’s seeking or might seek the nomination. And U.S. Rep. John Barrow isn’t doing much worse—he’s essentially tied with any Republican, being within the margin of error. State Sen. Jason Carter (D-Decatur) trails Republicans by an average of four points.

Cleland famously lost his seat in 2002 to Saxby Chambliss, who’s now retiring, in what many view as one of the nastiest campaigns in modern history. His performance in the PPP poll is likely due to his name recognition. He was the only potential candidate who’s familiar to at least half of voters, and his favorable/unfavorable ratings are 48/29.

Only Broun and Kingston have formally announced.

In a general election matchup, Kingston fares the best, beating Barrow 43-40 and Carter 45-39. Broun is the weakest November candidate, losing to Barrow by a point and Cleland by seven points, and beating Carter by just two points.

PPP might actually be understating Democrats’ chances. Only 20 percent of the 662 people polled were African-American, but they’ll probably make up around 28 percent of the electorate next fall.