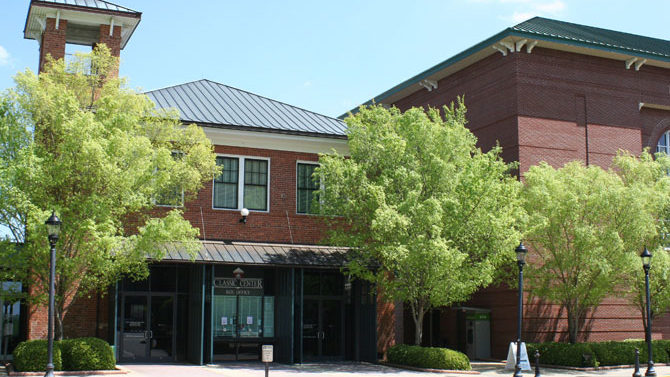 Athens-Clarke County leaders seem more likely than ever finally to move beyond mere platitudes about the need for downtown planning and instigate some sort of effort in the next year. ACC commissioners have placed the production of a downtown master plan among their priorities for the 2013 fiscal year, and several recent controversies have spurred a lot of citizen demand for such an effort.

If and when the funding is there for this critical planning process (perhaps the mayor and commission will set aside some cash in the upcoming budget), one discussion which will likely be quite contentious is the one about the value of outside consultants versus local expertise. These two approaches represent different paths to legitimacy for the planning process, with some placing weight on the reputations of credentialed outsiders, the packed house at New Urbanist founder AndrÃ©s Duany’s lecture last month being but one example. Others, however, are wary of a boilerplate solution that doesn’t respond to the essence of what Athens is about.

With a heavy contingent of local resources, including several outreach offices at the University of Georgia, the state Department of Community Affairs and strong local and regional planning offices, many (including myself, on several occasions) have argued that it may be more affordableâ€”and more useful, as wellâ€”to tap these resources. The argument against that path is that agendas around town are too entrenched, and an objective outside moderator will be essential to produce an effective and useful consensus.

Looking back, last year’s river district concept was sunk from both ends, with concerns about the accuracy and relevance of a report produced by Atlanta consultants on the one hand, and questions about the inside nature of the projectâ€™s origins on the other. The Selig project is another interesting case, with the developers attempting to play up local affiliation by referencing previous contributions to the university, in the hopes of tamping down criticism that their project is a cookie-cutter one, imported from Atlanta with no relation to Athensâ€™ character. Selig, meanwhile, has thrown all sorts of ideas around, largely unofficially, to build a sense of authenticity around the project, including claims about reuse of materials and appropriation of architectural details, without much success.

Locally, boosters of the project have generally left those sorts of authenticity-driven claims alone, focusing instead on the economic development angle. It seems that for the most part, questions of character have been dismissed as frivolous by the “pro-business” crowd, which has led, for better or worse, to a monopoly on that vocabulary among the projectsâ€™ detractors. By comparison, those detractors have more successfully waded into the economic development conversation, and been at least somewhat effective in refuting claims about taxes, jobs and other supposed benefits of the project.

Iâ€™d love to see a more thorough response to the question of what the communityâ€™s character is, and whether and how it should be integrated into development conversations broached by the â€œpro-businessâ€ crowd. By reaching out to develop a common vocabulary around key concerns, it seems more likely that consensus could occur. However, as long as that entire portion of the pantheon of issues is ignored by some, it will be hard to move forward in anything but a fractured way.

Authenticity and legitimacy are interesting questions, and they carry an especially strong weight in this town, with so many creative people eager to apply their talents to help mold this shared collaborative project we call a city. Thereâ€™s the potential to derive great value by tapping those resources, as so many place-based economic reports and tourism top-10 lists demonstrate. Thereâ€™s also the potential for great economic loss by getting it wrong.

Selig has clearly failed to develop its own legitimacy with a large segment of this community, and that failure has likely cost them tens of thousands of dollars, if not more, as their project has been delayed and redesigned, and property options have been extended. It was recently reported that their design wonâ€™t be finalized for another two to four months. In December, they were claiming they would have broken ground by now.

The original Classic Center fight is another example of this type of conflict, with an acclaimed outside architect run out of town on a rail for producing a design that was intolerant of local character, as manifested in the Fire Hall. Redesigning the project afterward cost the city quite a bit, and certainly more than any truly open-ended planning process would have cost. In the Second Battle of the Classic Center, a belated public input process was initiated at some expense, apparently primarily to generate buy-in, since the design didnâ€™t actually change over the course of that process. By checking off those public input sessions, the Classic Center Authority had apparently bought a sense of legitimacy, at least in the eyes of ACC Commissioners.

If we are indeed about to make another large investment, with a downtown visioning and planning process that will likely cost one to two hundred thousand dollars, itâ€™ll be essential that the right team is put together to produce the kind of legitimacy necessary for such a community-spanning project. Itâ€™s unlikely that weâ€™ll be able to pay for this exercise twice, and we donâ€™t want to mess the process up. If one of many local factions co-opts the process and excludes the concerns of others, the document wonâ€™t gain the necessary consensus to be effectively implemented. If itâ€™s too much boilerplate and doesnâ€™t sufficiently respond to local interests, itâ€™ll sit on a shelf. As we move forward, we must figure out how to strike the balance between objectivity and local awareness.