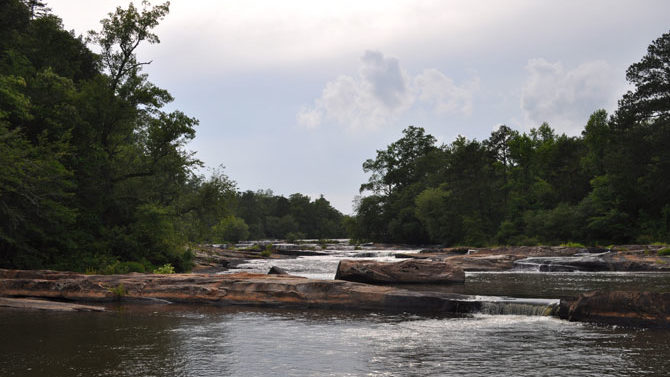 Itâ€™s been five years since I started this mission of exploring spaces and places, far and near, and I appreciate all of yâ€™all serving as my sounding board throughout. From a developerâ€™s death threats and heated (sometimes profane) rhetoric with local politicians, to the always kind and thoughtful emails of the little old ladies who seem to constitute the major demographic in my meager fan club, my personal dialog with this community has always been the best part of the job. Athens is truly an exceptional place, and everyone here seems to burn with a passion for it, both as it is, and as it could be.

Â Iâ€™ll be starting graduate school full time in the fall (in town, of course), and it seems as good a moment as any to step aside and let someone else speak for a while. I do intend to give you occasional updates on my spatial and intellectual wanderings, though in the future they will likely be significantly less bounded than my coverage of local architectural and political happenings.

The economy soured just as this column was getting off the ground, and so like an ill-timed condo development, adaptation and reinvention were necessary. The lack of development projects gave me an opportunity to explore so many fascinating angles and ideas, many of which fell outside the scope of the column as it was originally conceived. (The original working title was Local Erections.) To pursue those exciting lines of inquiry more fully and wholeheartedly, a little creative destruction is necessary.

Â The thing that Iâ€™ve really come to understand and appreciate most, though, in doing this job is that a true, living community is not planned or designed but wrought by many hands. This town is a different kind of place, where we sing our own songs and tell our own stories. In a way, the relationships and social structure that constitute this community seem more like some ancient tribe than a modern city. Something is alive here that isnâ€™t elsewhere.

A lot of dirt has been turned up lately across this town, and itâ€™s made a lot of people nervous, including me. Change is on the way, buildings are rising quickly, and with several positive economic signs, it seems that Athens may finally be moving forward, and in an exciting new direction. Weâ€™ll see how that turns out shortly, but there is a thought Iâ€™ll offer to those who are especially worried about any particular project.

Â I once heard someone refer to the quiet and slow strength of plants. Seeds settle into little pockets, and in no time at all trees are heaving up sidewalks. Water wears any opening it will find. If we make unsustainable decisions and build things that donâ€™t respect these facts, eventually those processes will wear down our bad ideas. A ruined chimney in a pine forest says all you need to know about how well the plantation system worked.

The architect Christopher Alexander has an idea he calls the â€œnature of order,â€ and itâ€™s those sorts of ideas that fascinate me currently. Do the glimpses of life in ordinary places and objects he shows reveal similar properties to natural and physical systems? Do the shared attributes of biologist Richard Dawkinsâ€™ memes and genes similarly point towards an understanding of the world based on consistent processes of change? What do ideas like panarchy theoryâ€™s complex adaptive cycle add to these thoughts? If we want to build something that really lasts, it seems we must learn to live in and manipulate that kind of world, and abandon our tired dichotomies of nature and humanity. Somewhere in all of that theoretical murk, is there a recipe for a more resilient and sustainable approach to creating and inhabiting places?

Â Iâ€™ve always abused the question mark in this column, to the chagrin of many an editor, and so I think Iâ€™ll leave it hanging that way this last time, too. Those ideas are what will keep my head spinning for the next little while, through this hiatus. If I find anything out, Iâ€™ll let you know. Thanks for reading, and Iâ€™ll see yâ€™all around town.