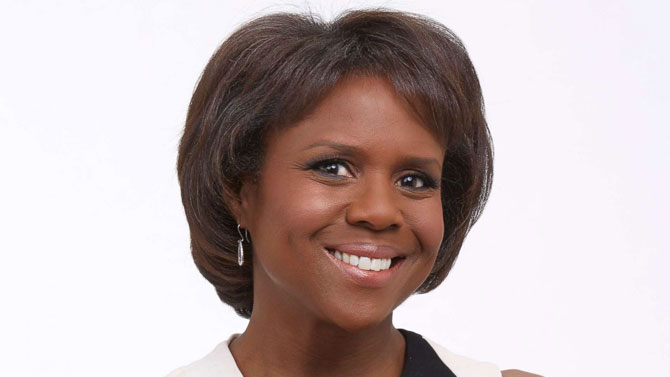 ABC News correspondent Deborah Roberts was on stage with Charlayne Hunter-Gault, the longtime journalist who helped integrate the University of Georgia, at a Grady Greats panel in January while Hunter-Gault discussed breaking down barriers for people like Roberts, who also graduated from UGA.

Roberts will have another opportunity to pass down lessons to the next generation at UGA’s undergraduate commencement at 7 p.m. Friday, May 10 in Sanford Stadium. “For me to be able to speak at the commencement ceremony, it’s like a full-circle moment,” she told Flagpole.

Roberts, a native of Perry, graduated from UGA in 1982 with a bachelor’s degree in broadcast journalism from Grady College of Journalism and Mass Communication. Roberts later moved on to be one of the most well-known names in television news. Today, she is a reporter and correspondent for “20/20,” “Nightline” and “Good Morning America.”

She began her career at WTVM-TV in Columbus before moving to Knoxville, TN to report for WBIR-TV. Roberts later served as bureau chief of ABC’s Orlando affiliate, WFTV-TV, from 1987–1990. In 1990, Roberts began her network career with NBC News as a general assignment correspondent. Roberts later joined ABC’s “20/20” in 1995.

Among her many achievements, Roberts has won two Emmy awards and a Clarion Award for her reporting. In 1992, she received a University of Georgia Distinguished Alumnus Award.

Flagpole: What’s the topic of your speech going to be?

DR: That’s a good question. I speak a lot to women’s groups, and I talk about women and empowerment. But in this particular instance, I’m talking to young men and women who—many of them—have walked a similar path to mine in terms of being students. I am going to have to tailor the speech to talk about this generation.

I’m going to talk about things that I have learned as a professional, as a Southerner, as a woman and as a woman of color. I don’t know what my topic is, but I know I want to impart to students their responsibility to see each other. We are coming out of a tremendous period of time after the #MeToo era, and so much talk about government, a coarse society and a very polarized society politically right now. I have to talk about us as human beings, and compassion, and working together, and sort of going forward in a way that we see each other as human beings.

FP: When you were at Grady College, known as the Grady School at that time, did you ever imagine you would be where you are today?

DR: Yes and no. I had big dreams. I was always a kid with big dreams, even when I was a child in Perry, Georgia. I wanted to work in network television when I decided I wanted to go into television journalism. I definitely saw that for myself. I didn’t know how it was going to happen. I just figured it was through hard work and working my way up the ladder. Did I think I would be enjoying the opportunities I’m having now and coming back as a commencement speaker? I don’t think I would have necessarily told you that was going to happen. I have been blown away with the opportunities and blessings I have found in my life.

FP: When did you know being a journalist was the career you wanted to pursue?

DR: I didn’t really think about TV journalism until college. I knew I was absolutely captivated and transfixed by the evening news. I used to watch the “CBS Evening News” with Walter Cronkite with my family, like so many other people. I was absolutely fascinated by the reporters—particularly the reporters of color that were starting to surface in the late 1970s. Once I took my first journalism class at the Grady School, I thought, “That’s it. This is definitely what I want to do.”

FP: What about the greatest reward or benefit in your career?

DR: For me, it’s taking a seat at big world events. It satisfies my curiosity about the world, humankind and the developments in our society. Just being able to have a platform to explore, talk about and shine light on various topics in the world. That is just such a great opportunity to me.

FP: What would you say has been the biggest challenge in your career?

DR: The competitive nature of this career. Trying to make my way through a fiercely competitive industry and also being a decent, good person. Not letting the story and the desire for “the big get” overtake my desire to be a person of integrity and kindness.

I’m not going to lie: Also being a woman and having to blow past barriers has been a challenge. I’m still in a business that does not reward women in the executive ranks. We have a lot of women on air, but we don’t have a lot of women executives. That’s very frustrating. Being a woman and often have to prove yourself, even though we’re all professionals—sometimes you realize there is a double standard. It’s a battle we’re still fighting.

FP: Are there any lessons or pieces of advice that you were given at Grady or UGA that helped get you where you are today?

DR: I had a professor at Grady who gave me advice that I’ve held onto over the years. All of us students were very nervous and insecure about the possibility of making it in the business. I just remember the professor often talking to us about working hard and believing in ourselves. He often talked about how, at the end of the day, the cream is going to rise to the top. We have to just stay in the game and apply yourself. Work really, really hard. Just make sure you are the best. If you do that, you will find work. You are going to be successful. I just believe I held on to those words, and it fired me up throughout the years.

FP: What piece of advice would you give to UGA students?

DR: I’ll give the advice I wish someone would have given me: Make sure you explore the curiosity you have—that keen sense of curiosity about life and about the world. That’s going to lead to relationships and classes you might take. Soak it all in. Embrace this opportunity. It is fleeting to have four years at this great institution that offers so much. Embrace everything it has to offer.

Also, study abroad and get a better sense of the world if you can. I wish I would have. I think one of the things I came to value so much in network television is that I was able to travel the world a little bit for stories. I’ve been to Africa, Asia, Europe, all on stories. It broadens your horizon and opens your eyes to so much more in this world.