Flagpole music contributors were in Atlanta last weekend for this year’s Shaky Knees Festival. Here are the bands that left them all shook up:

Mipso: I had it on good authority from a North Carolina friend to check out Chapel Hill, NC-based Americana quintet Mipso. Clad in matching salmon shorts and lime green polos, the group exhibited an obvious chemistry fashioned from years and years of playing together. Their three singers alternated lead duties, but what was even more striking than each member’s individual talents was the sum of their parts. An offhand Beach Boys joke was made at the beginning of their set in reference to the matching get-ups, but it came full circle when they all sang in unified harmony, taking these already heartfelt tunes to another level. Thanks, friend. [Andy Barton]

IDLES: English rock band IDLES made their presence known with a brief but powerful performance at the Ponce de Leon stage. Though IDLES rejects any notion of being a punk band, their music is undeniably designed to get the crowd thrashing around. I’d describe most of the crowds from this weekend as cool, calm and collected, but IDLES’ 10-song set (five from their first album, five from their second) got a notable amount of people moshing for an early Friday afternoon. Frontman Joe Talbot briefly paused the action to dedicate the set to universal health care, immigrant rights and dismantling Fox News. [Nathan Kerce]

Pedro the Lion: Seattle songwriter David Bazan had ostensibly laid his Pedro the Lion moniker to rest, opting instead to write and release music under his given name over much of the past decade-plus. The band found new life last year, however, when Bazan announced he’d signed to Polyvinyl and had a new album on the way—the aptly titled Phoenix, released in January. Playing as a trio again, but this time with Bazan on bass, the group powered through a set that included a good chunk of material from Phoenix, with a peppering of earlier Pedro and DB solo material (no Control, David?). It was a solid set with a re-worked version of “Teardrops,” one of Bazan’s more recent solo electronic numbers, serving as standout. [AB] 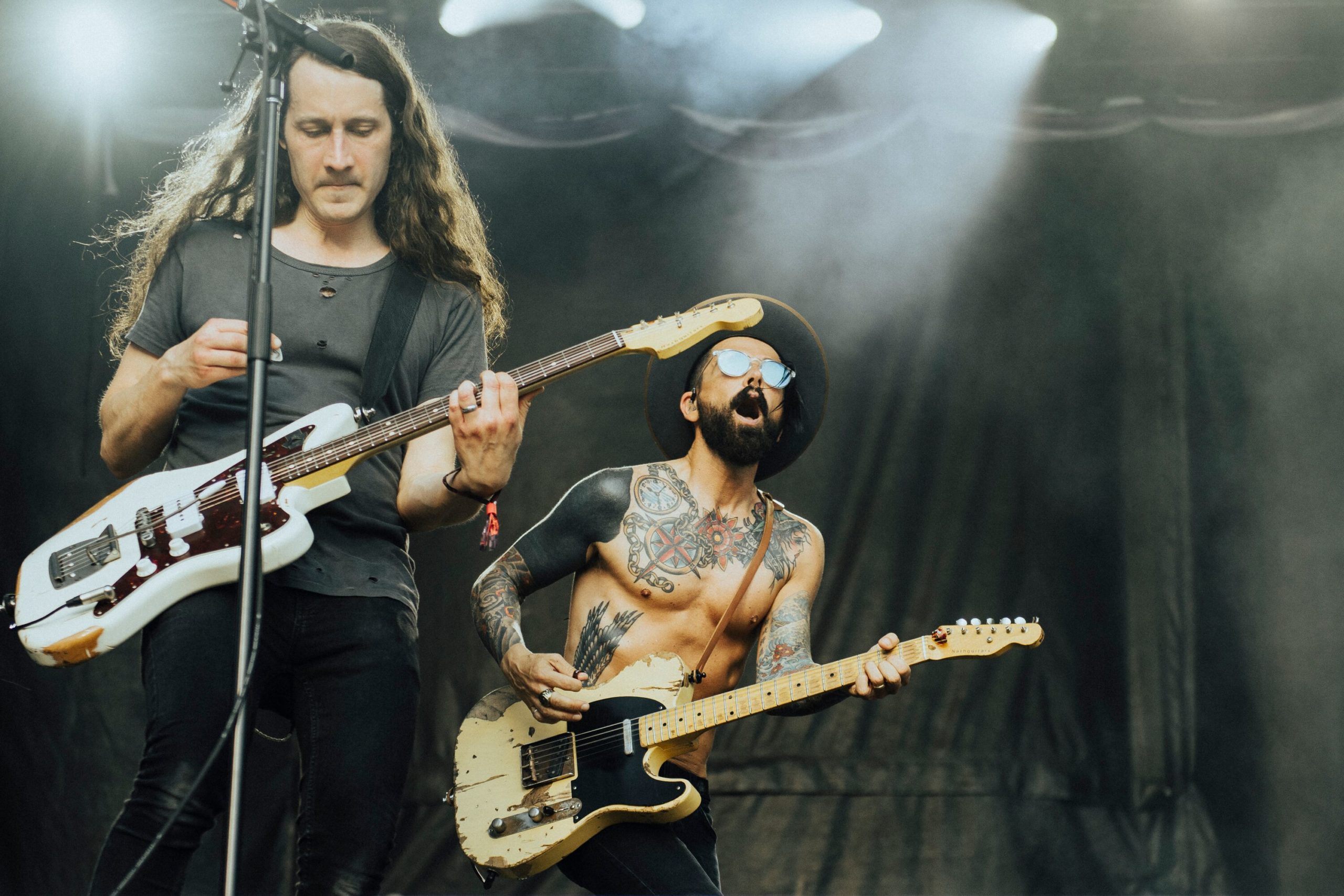 Dashboard Confessional/Incubus: The back-to-back performances from Dashboard Confessional and Incubus on Friday were probably the biggest moments of the weekend to anyone who grew up during the late ’90s (or their less well-received sequel, the early 2000s). Dashboard’s set on the Piedmont stage mostly stuck to hits like “Vindicated” and “Hands Down,” with a few new songs that were honestly impressive. The only true downer was a particularly dour Justin Bieber cover that added absolutely nothing to the set.

Incubus started immediately after Dashboard’s set on the adjacent Peachtree stage, playing to one of the more massive crowds of the weekend. They wisely stuck to a career-spanning singles set, with a bit of extra emphasis on what is arguably their best album, A Crow Left of the Murder. Though it’s been a while since the band lit up the Billboard Hot 100, this set was a pleasant reminder that Incubus has a surprisingly deep catalog of hits. If the Super Bowl ever returns to having nostalgia rock acts play the halftime show, it should have Incubus on the shortlist. [NK]

The Struts: When you are not familiar with all of a band’s music, it can be easy to get bored at a show, especially at a festival with so many other distractions. Thankfully, this was not at all the case during The Struts’ set. Lead singer Luke Spiller can be described as Freddie Mercury-esque. His shirt was adorned with glitter, and he wore maroon bell-bottoms with a glitter stripe down each side. He even remarked about his clothing, saying that his manager once asked him why he couldn’t dress in a more “normal” way. It was remarkably easy for him to get the crowd to participate in the show, and there was never a dull moment. [Rosemary Scott] 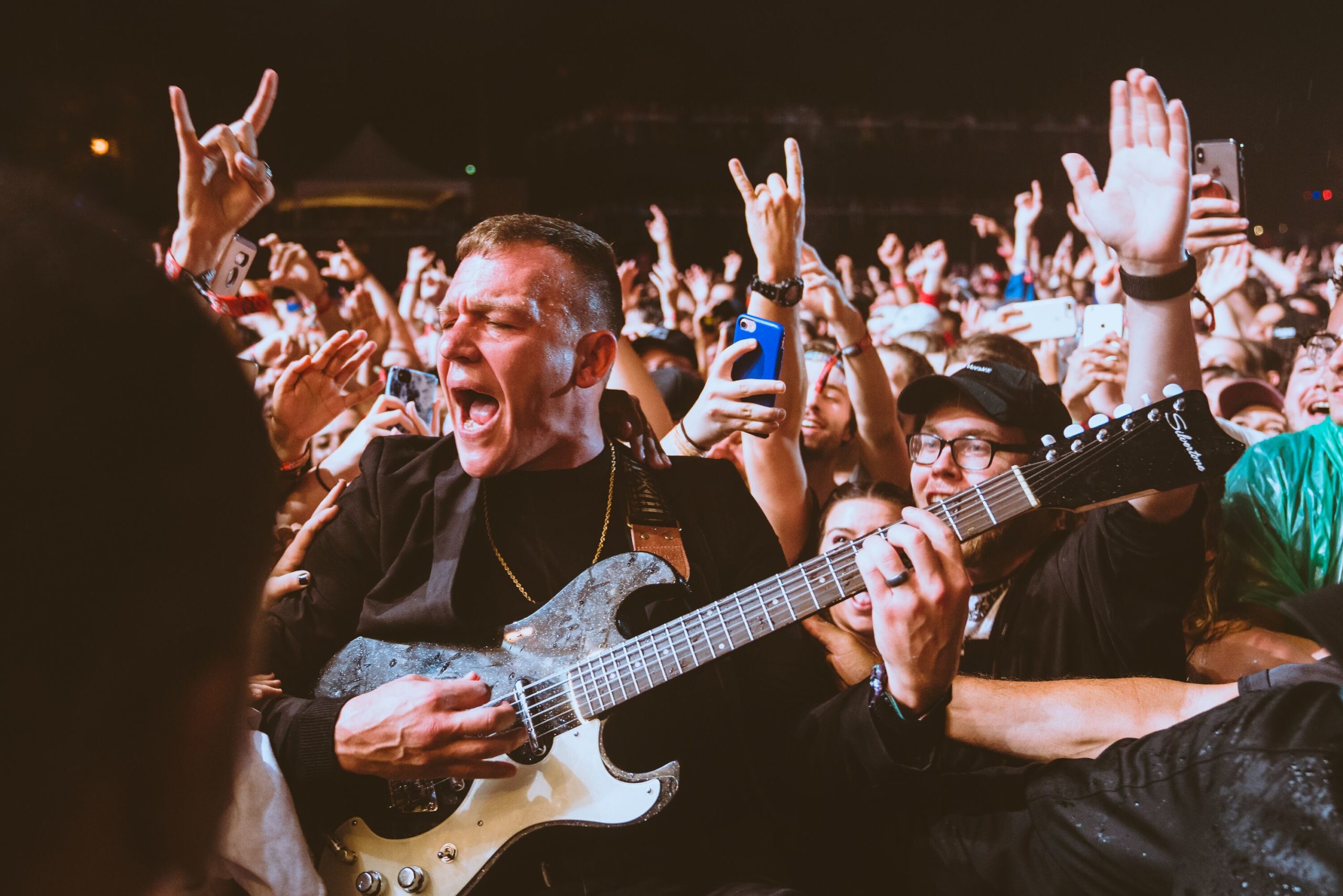 Cage the Elephant: Cage the Elephant’s set was arguably the most enjoyable of the entire festival. Frontman Matt Shultz came out in head-to-toe fishnets—and nothing else. The best way to describe the set is ethereal. Most of the energy came from the band, and though there were lights and effects, they weren’t overwhelming. Cage the Elephant’s set included a mix of tracks from its entire catalog, dating back to 2009. The band also included tracks from its most recent album, Social Cues, including the single “Ready to Let Go,” which has become wildly popular across both the alternative and pop genres. The setlist was perfectly crafted so that each song blended into the next without any noticeably awkward transitions. [RS]

Japanese Breakfast: Philadelphia’s Michelle Zauner, aka Japanese Breakfast, seemed genuinely amazed at how packed the crowd was at the Ponce de Leon Stage on Saturday evening. No one who has been a witness to her rising star over the last few years was that surprised. The set was mostly focused on Japanese Breakfast’s critically acclaimed 2017 release, Soft Sounds From Another Planet, with a few treats for longtime fans sprinkled in, as well. The biggest highlight of the set came when Zauner played a song from her pre-solo act band Little Big League, then immediately followed that with a cover of The Cardigans’ pop classic “Lovefool.” Zauner ended her set by sending out a sincere thank-you to the city of Atlanta, before noting that she was happy to be in the city without having to deal with the “dicks” who work at The Masquerade, a statement that got a huge sitcom-studio-audience-style laugh out of the crowd. [NK] 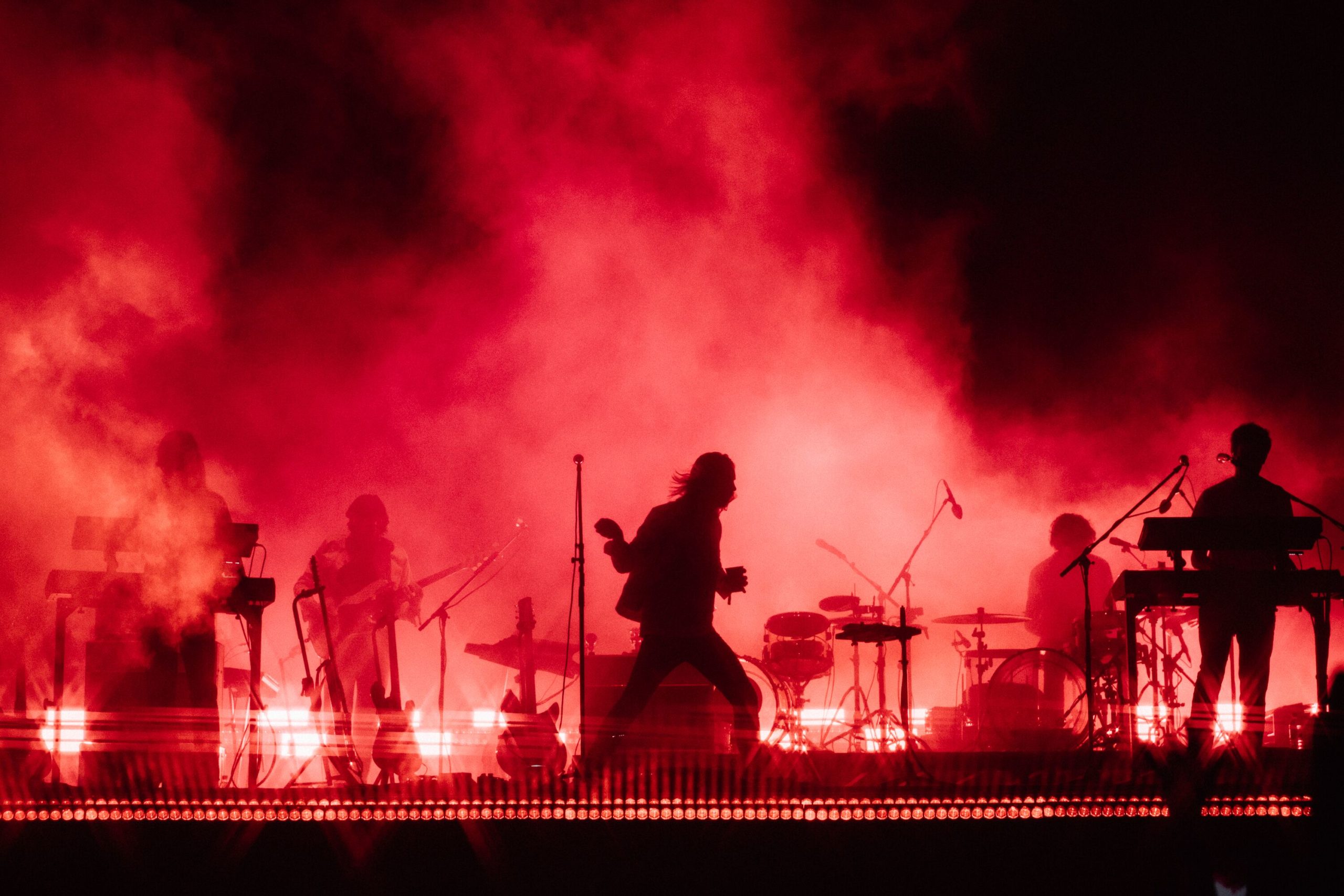 Tame Impala: Tame Impala was the primary reason that I wanted to attend Shaky Knees. I absolutely love the band’s energy and vibe, and I had watched enough YouTube videos to know that I would like the show. Yet no amount of streaming could have prepared me for how much I would enjoy it. The effects were stunning, especially for an alternative band. The lights, confetti and fog were mystical, calling to mind an EDM festival, but way better. The set was made up mostly of songs from their most recent album, Currents, and I think it speaks to the band’s talent and abilities that they were asked to headline Shaky Knees despite the fact that their most recent album dates back to 2015. Kevin Parker’s voice was angelic, and he looked Christlike as he stood in the middle of the stage, rarely moving. He and the band didn’t have to dance or put on a performance; instead, they let the music speak for itself. [RS] 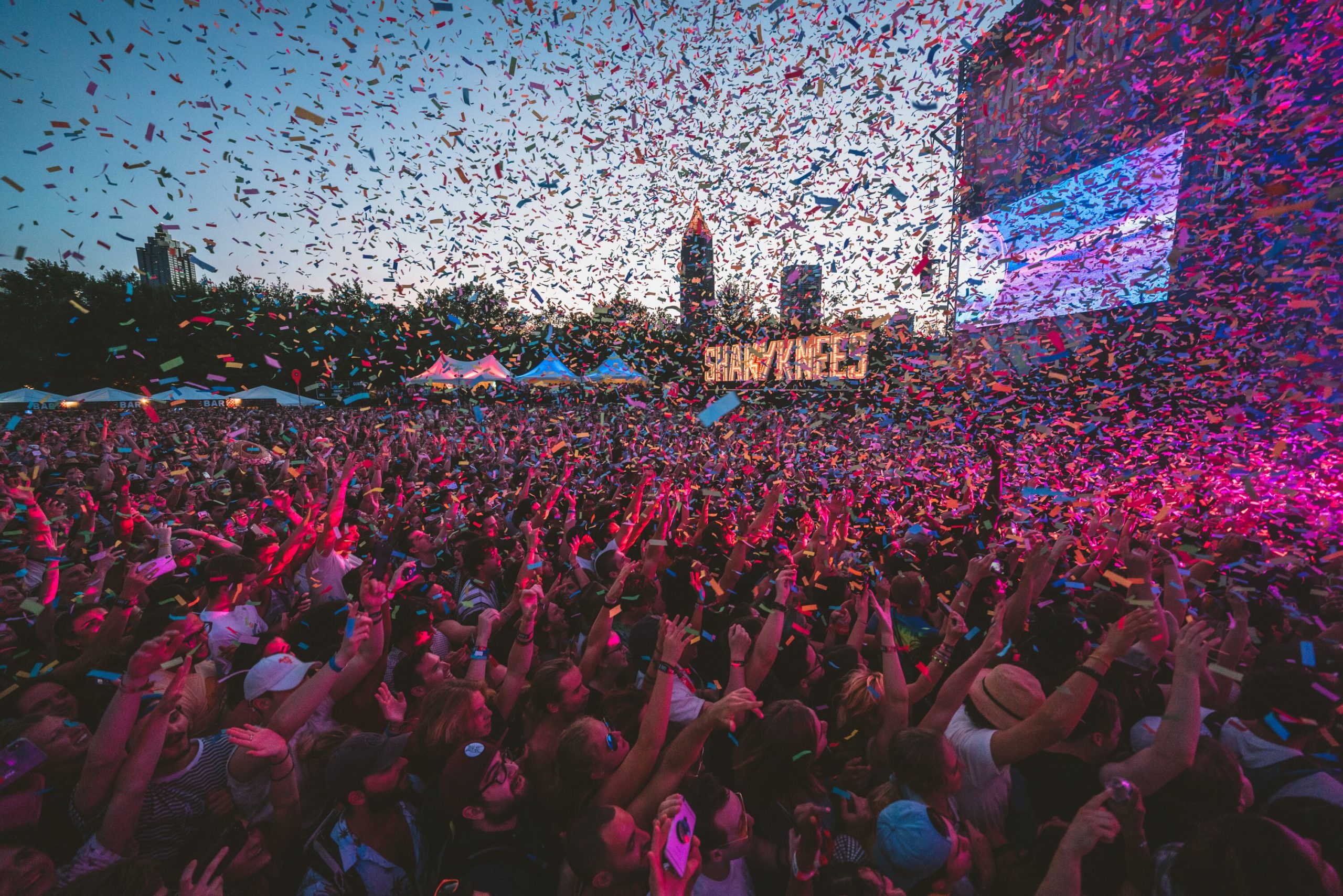