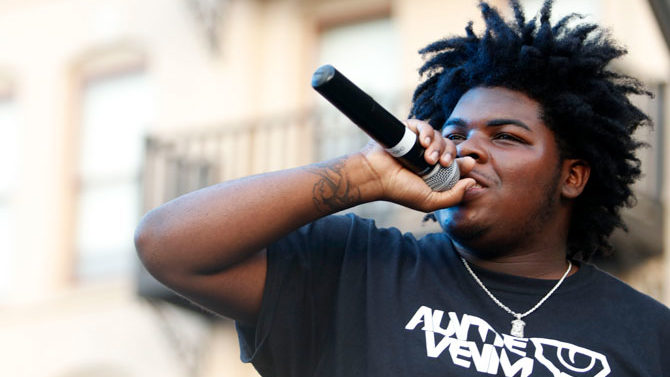 Look: There are a lot of bands playing AthFest. And while a can-do attitude is a beautiful thing, there’s no way even the most hardcore fest-goer is gonna be able to catch more than a few dozen shows over the course of the whole event. Enter Flagpole. Each year, we provide a list of some of our most anticipated AthFest performances, in order to help y’all plan your weekend while maintaining some semblance of sanity. Obviously, you’re welcome to disregard our suggestions entirely—not only are there a lot of groups slated to perform, but most of ’em are damn fine, to boot. You can’t really go wrong, is what we’re saying. Even so, here are a few sets we can’t wait to see. [Gabe Vodicka]

She’s a linguist, a rapper, an activist and an Athens-Clarke County commissioner. Is there anything Mariah Parker doesn’t—or can’t—do? Parker’s onstage alter ego is an incandescent boom-bap sensation that has steamrolled Athens and garnered acclaim from national media. After rescuing the rainy first night of AthFest 2018 with an instantly legendary beer-tent set, Linqua Franqa is back to rock the Georgia Theatre, opening for prodigal Athenian sons The Whigs and giving the polo-shirt crowd something to talk about. [GV]

In addition to providing sonic squalls for local surf-rock group Outersea, Vic Chesnutt Songwriter of the Year Award winner Lydia Bramblia crafts relatively sparse folk meditations under her own name. Her latest solo release, 2018’s Migraineur, covers a range of topics: gender, labor, art and its power to heal. Her Friday night set at The Globe should provide an appropriately intimate setting to fully unpack all that this talented troubadour has to share. [Andy Barton]

With a name that’s as fun and memorable as its live show, Pinky Doodle Poodle has taken Athens by storm since relocating here from Japan last year. With its future in the U.S. murky due to uncertainty surrounding its core duo’s visa renewal applications, there’s no time like the present to catch the trio’s hooky pop-punk in action. Fittingly, as they seem to play all the damn time, PDP is scheduled for two AthFest sets, not to mention a Flagpole Athens Music Awards appearance Thursday. [GV]

Spend any time among Athens rockers, and the name Cinemechanica will eventually enter the conversation. The long-running powerhouse of a shred machine, with its now-classic blend of math rock and smart metal, has played near-legendary AthFest shows in the past that left the crowd literally dripping in sweat. This time around will be the group’s first show anywhere in a full year. With a crew this well-rested, you should expect nothing but the best. [Gordon Lamb]

Black Kids returned in 2017 after an almost 10-year hiatus with a long-awaited sophomore album, Rookie. The Reggie Youngblood-led outfit shook loose the slings and arrows of outrageous, Pitchfork-induced misfortune to create a record chock full of unsurprisingly infectious pop gems. Their headlining set at Flicker on Friday is sure to induce ample dancing, so make sure your boyfriend is adequately prepared beforehand. [AB]

Kxng Blanco wrapped up high school just last year, and he’s already taking Athens hip hop by storm. The young emcee released his first official album, Crown, in December, after a come-up that included a much-talked-about Black History Month performance at his former alma mater. The Kxng of the Youth extends his reign with the recently-released “RR Flow,” a shapeshifting track that flexes the rapper’s continued commitment to artistic growth and development. Catch him at the Flagpole Athens Music Awards show Thursday. [AB]

Sarah Swillum is part of the new wave of Athens experimental music. That segment of the scene has been flourishing over the past five or so years, and Swillum has found a solid place in it. Originally from Detroit-area Michigan, Swillum didn’t dive into playing live shows until her jump to Athens. With a handful of recordings under her belt—many released under the moniker Jim Jim—her music is composed within a very loose pop framework, where heroes are recognized but not worshiped. [GL] 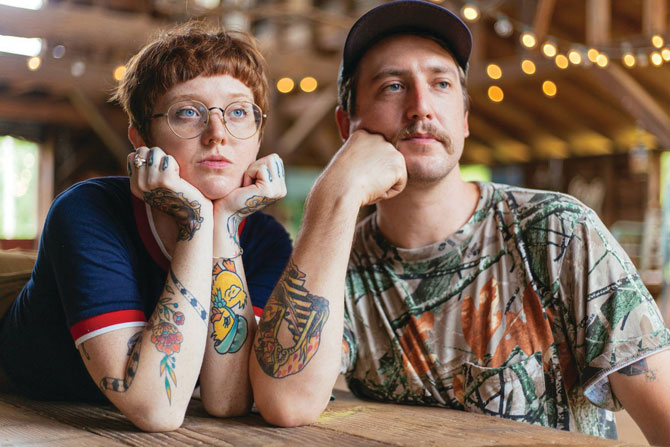 Baby Tony and the Teenies

Baby Tony and the Teenies have been an active force in Athens music since their arrival from Colorado over a year ago, bringing with them an effervescent blend of doo-wop and twee pop sure to get WUOGers and boomers alike movin’ and groovin’. The duo (and sometimes trio), comprised of bassist Eli Saragoussi and guitarist Max Boyd, are in the process of recording a full-length album with local producer and engineer Jesse Mangum, tentatively due out later this year. [AB]

Psych-folk outfit Summer Hymns have remained one of Athens’ better-kept secrets for over a decade, with four albums and an EP’s worth of gorgeous back-porch ditties to their name. While the group’s lineup has shuffled around quite a bit over the years—at various points including Elephant 6 connects Derek Almstead and Dottie Alexander, as well as Matt “Pistol” Stoessel—founders Zack Gresham and Philip Brown are still around to keep their blissfully cosmic troupe relatively grounded. [AB] 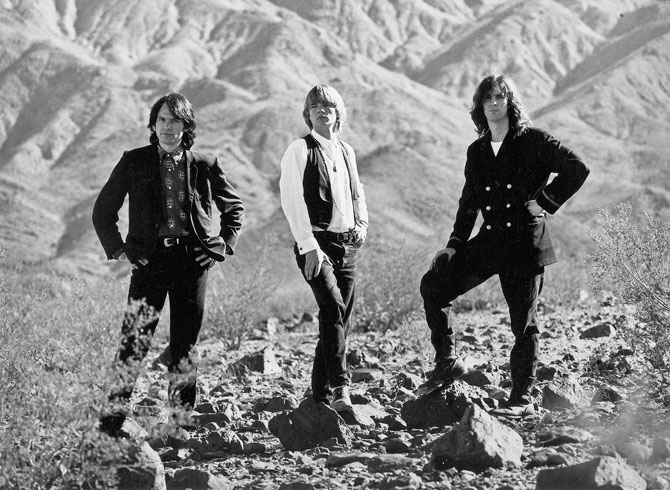 Looking back, Dreams So Real serves as a now-distinct bridge between the initial offerings of college-radio alternative and the ’90s post-grunge boom. The band’s three studio albums—most notably, the Peter Buck-produced Father’s House and major label follow-up, Rough Night in Jericho—serve as lesser-known documents of a tried and true Athens sound. As such, longtime Athenians won’t want to miss an opportunity to see the band back in action on Sunday’s main stage. [AB]