Clarke County School Superintendent Phil Lanoue is Winning Awards, but Do the Numbers Add Up? 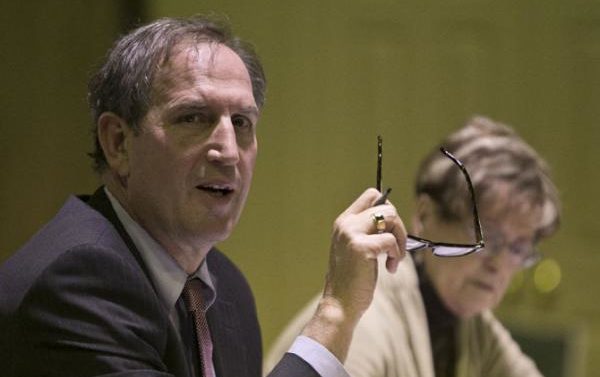 “It feels good to talk about our work here in Clarke County and feel pride in what we’re doing, while at the same time acknowledging the gaps we’re facing,” Lanoue says.

At first, Clarke County doesn’t seem fit for national recognition. Four-year graduation rates dropped in recent years—from 70.5 percent in 2012 to 69.5 percent in 2013 to 68.2 percent last year. (The statewide graduation rate has risen 5.1 points since 2011.) The number of low-income students is overwhelmingly high, and test scores are below the target for minority students. More than 240 students need foster homes, and in October, nearly one student a day moved out of a home due to abuse or unstable circumstances.

“We face the challenge of having healthy children, mentally and socially, and I think we still have a way to go,” Lanoue says. “We need to ensure that our children can get to high school and have a choice of what they can do.”

At the same time, other numbers have leaped during Lanoue’s six-year tenure. Across the board, passing CRCT scores between 2009–2014 improved for eighth graders: Reading moved from 92 percent to 96 percent, language arts from 84 to 92, math from 58 to 80, science from 45 to 74 and social studies from 52 to 80. Athens Community Career Academy dual enrollment courses shifted from 84 credits in 2012 to 372 credits in 2014, with about 192 credits taken by African American students. Last year, high school biology moved from sophomore year to freshman year, so physical science moved from ninth grade to eighth grade as an experiment. Of the district’s 840 eighth graders, 235 signed up for the class, and 229 passed the high school end-of-course test. Of those, 195 scored 90 percent or better, and 60 percent of those students were economically disadvantaged.

It’s amazing to walk with him and see students high-five him. He knows their names and what they’re learning.

“We ratchet up expectations for kids and ask them to take risks,” Lanoue says. “Not every day is perfect, but on average, I walk out of classrooms feeling good.”

“Graduation rates are important, but we have a tendency in our country to want a definitive number. We want to label everything,” says Melissa Fincher, deputy superintendent of assessment and accountability for the Georgia Department of Education. “We don’t want to interpret and understand the nuances of what the numbers mean, particularly in education. Tests are important but not the sum total of what a school does.”

Lanoue is no stranger to tough school districts. He came to Clarke County after four years as an area superintendent in Cobb County, one of Georgia’s largest school districts, where he oversaw some of the lower performing schools with low socio-economic status. He made his mark as a leader by relating to others, often walking the 19 schools in his area to talk to teachers, custodians and administrative staff.

“It’s amazing to walk with him and see students high-five him,” says Alice Stouder, a retired Cobb County area superintendent who worked with Lanoue daily. “He knows their names and what they’re learning.”

He posted “non-negotiable” goals for student success at each Cobb County school and created data teams to determine what needed work. In Clarke, Lanoue experiments with solutions and moves quickly with decisions, such as the Career Academy and a laptop program that gives every student in high school and soon middle school a device to take home. The experimentation and iteration evoke images of a nimble startup company, which can draw either massive support or ire from parents and community members.

“I don’t think he has a lot of patience for excuses. He’s looking for solutions,” Stouder says. “He’s willing to address issues, and I hope this recognition allows him to do more of that at the national level.”

The National Superintendent of the Year award is linked to controversial districts, in a way. Last year, it went to Alberto Carvalho, head of the nation’s fourth largest school system, Miami-Dade County Public Schools in Florida, which faced problems in the past decade with packed schools, mismanaged budgets and cliquish administrators. This year, the award may go to finalist MaryEllen Elia, who served as superintendent of Hillsborough County Schools in Tampa for 10 years but was fired  in late January because the newly elected school board wanted a new start. And you may remember Beverly Hall, Georgia’s first national winner in 2009, who was recognized for Atlanta Public Schools’ “significant gains in student achievement over the past 10 years.” Hall resigned in 2010 amid accusations of inflated CRCT scores and was among the 35 people indicted in the cheating scandal in 2013.

“This isn’t the easiest time to run a school system with all of the state and federal policies, especially in our town,” says Bertis Downs, R.E.M.’s lawyer and a local education advocate. “There’s a lot of noise in education around policy, testing and funding, and Phil is focused on that relationship between teaching and learning.”

Celebrating its 150th year, the American Association of School Administrators, which doles out the national recognition, notes that “while we still face issues like poverty, politics and corporate interests,” it’s still time to celebrate: Dropout rates have been declining since 1972. High school graduation rates are the highest in three decades. Lanoue can celebrate a personal statistic, as well—the typical lifespan of an urban superintendent is about three years.

“You can hire a superintendent who can play the test score game and raise test scores, but he was clear from the beginning that what he would do with the curriculum would lead to better scores,” says Denise Spangler, a school board member who chaired the search committee when Lanoue was hired. “The end goal is to better serve students, which isn’t always reflected in test scores.”

Clarke County schools are facing another big year. This month, the district is asking for public feedback on its charter district application, which will create local governance teams to tie each school to its neighborhood. Changing the name to “Athens-Clarke Community School District,” the charter will further emphasize community and partnerships.

“We’ve done yeoman’s work to get to this level, and getting to the next level is steep,” Lanoue says. “We need help from families to peel back and look at each kid. Our kids should not get a better education anywhere else.”