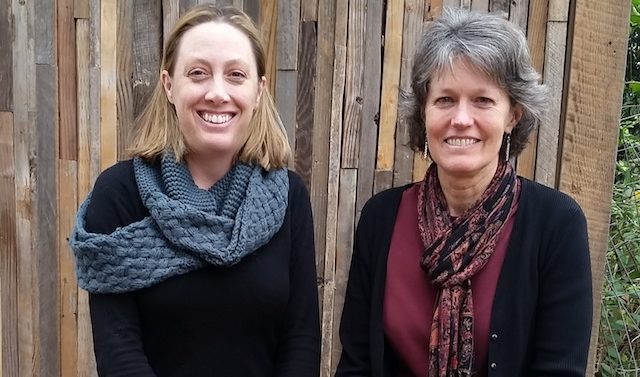 The Athens Land Trust is 20 years old this month. If that doesn’t mean much to you, talk to Nancy Stangle. The organization’s co-founder just retired, and she has a few thoughts on our thoughts about land.

“We don’t think about the land and the role that it plays in our lives,” she says. “It’s essentially the basis of our shelter and our housing, and it’s how we grow food. The value of having forests and river corridors that are not developed means that we have clean air, clean water. All those things are really important, but we tend not to think about it. We tend to not realize how important it is.”

When Stangle started ALT in 1994 with Skipper StipeMass, land use was—as it remains—a big topic in Athens, with worries about disappearing farmland, urban sprawl, low home-ownership rates and expensive rentals dominating discussion about development and growth. From the start, Stangle and StipeMass were looking to make home ownership a possibility for low-income Athenians. “We wanted to make sure that people who had never had the opportunity to own a home had that opportunity,” she says. “And we evolved along the way to begin addressing other issues that were related to land.”

Basically, the organization restores homes and sells them to buyers with a 99-year renewable ground lease but keeps ownership of the land. Income-eligible buyers pay monthly mortgage rates that are lower than the area average. They can use the land however they like, but by officially keeping it, ALT keeps the houses affordable. The organization also offers housing counseling and credit assistance, and once a buyer owns a home, it is theirs to pass on or sell back to ALT (for a profit) so it can be resold to another qualified buyer.

Home ownership, Stangle says, is important for many reasons. For one thing, she says, lifetime renters end up paying three times more to stay in their homes than people who are able to buy theirs. And high rates of home ownership in a community tend to coincide with low rates of crime and instability. “People invest in their property, and so the whole neighborhood benefits,” she says.

Home ownership can improve emotional and mental well-being, too. “If you’re able to own a home, you have something of value,” Stangle says. “You have assets, and you have something to pass on to your children. There are a lot of studies that show when you own a home, your family’s more stable. Your children are able to do better in school. So your whole family benefits through home ownership.”

The other main focus of the land trust is land conservation. Over the years, ALT has worked with land owners all over Georgia to obtain conservation easements to preserve natural habitats, wetlands, water sources and farms for agriculture and recreation. Its website lists 51 pieces of land that are now permanently protected. “To my knowledge, we’re one of the only land trusts in the country that does both of those things [conservation and affordable housing],” Stangle says. “It’s looking at things holistically. Everything we do is related to land and how land benefits people.”

All of ALT’s homes are energy-efficient and EarthCraft certified. In addition to being better for the planet, “that means they’re healthier when people move into them,” Stangle says. “They have less utility bills. So it’s really good for the family that’s living there.”

With swanky new apartments popping up all over town for UGA students, rent is climbing everywhere. When a mobile home community on North Avenue was sold out from under residents to make way for student luxury housing a decade ago, Stangle says, “we realized that there was an issue with rental housing as well. People needed to work two jobs, at least, to be able to afford an apartment.”

So in 2007, the organization partnered with Ambling Development and others to build Fourth Street Village, a 120-unit mixed-income apartment community off North Ave. As well as low rents, residents receive services such as employment programs, homeownership counseling, computer classes and financial management seminars. “To me, that’s an example of how, when we realized what the needs were, we were able to try to address some of those issues,” Stangle says.

In addition to educating Athenians about healthy eating and making fresh produce accessible, these programs increase participants’ employability by teaching them job skills related to health and agriculture. “We have an environmental mission, and we also have a community development and social justice mission,” Stangle says. “Those all need to work together, I think, for the good of the community.”

And the community has been supportive, Stangle says. “Some of the things that I feel are really important are the involvement of people in the community, and the support of the public officials and the businesses in town—all that has just been really amazing over the years,” she says.

With former director of operations Heather Benham, ALT’s longest-serving staff member, stepping up to take her place, Stangle isn’t worried about the future. “The land trust is 20 years old,” she says. “It’s well established, it’s got a great staff and a great board and great community support. I think it’s time for a new generation of leadership. I think [Benham] has the personal and professional qualifications that we need, plus the experience. She’s also been very involved in getting us to where we are today. So I think it’s a perfect transition.”

And Benham doesn’t plan to change much about an organization with two decades of community successes behind it. “I just want to continue the good work that we’ve been doing, and hopefully be able to expand on that work,” she says. “We’ve grown a lot over the last few years. I think there’s lots of opportunity for us to help in this community, and I want us to be able to continue doing that.”