UGA Reacts to the Ebola Outbreak 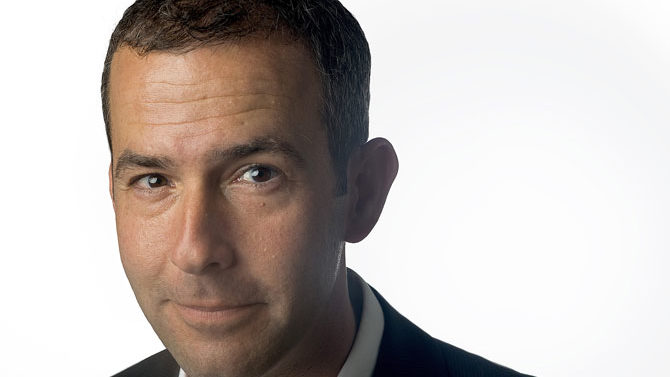 The Washington Post’s Todd Frankel has reported on the Ebola outbreak in the trenches of West Africa and told University of Georgia students last week what it was like.

Frankel was a replacement speaker for Wade C.L. Williams, the editor of the Liberian daily newspaper Front Page Africa, due to concerns about bringing a journalist directly from Liberia to UGA’s campus, which spawned some controversy. Critics called it hypocritical for a journalism school to bow to the public’s overestimated fears by canceling a speaker during a series of lectures based on the theme of journalistic courage.

“I received a call from Georgia just days before my trip. A woman with a pleasant voice delicately told me that parents were panicking, and the general public was against my coming to the university.” Williams said. “…[T]he hysteria in the U.S. media about the virus and the possibility of it spreading is counterproductive and must stop.”

There is very little danger of an Ebola epidemic in the U.S., but the extensive coverage devoted to the topic by a large segment of news media has led to unwarranted fear of being infected with the disease. Only nine cases of Ebola have been reported in the U.S. as of press time. In Libera, a nation of more than 4 million, 4,665 people have caught the disease—0.1 percent of the population.

Charles Davis, the dean for UGA’s Grady College of Journalism and Mass Communication, later released a statement explaining that they were heeding the precautionary 21-day monitoring period that the CDC recommends. (Frankel has been back in the U.S. for more than 21 days and has shown no symptoms.) The CDC has urged Americans to avoid nonessential travel to Liberia, Guinea and Sierra Leone, and has urged travelers from those areas to have their temperatures taken every day for 21 days while they are in the U.S.

Patricia Thomas, who organized the event and directs the health and medical journalism masters program, further addressed the controversy prior to introducing Frankel.

“It became clear that the perception of risk about bringing someone—anyone, really—directly from Liberia to a college campus within the 21 days monitoring period was probably going to be a disaster in the eyes of the public,” she said. “You don’t have to be an expert to realize that driving in Athens traffic, particularly if you’re a college student who drives after being over-served, is much more dangerous than hanging out with anyone who’s recently been in Liberia. But that’s how it goes, sometimes.”

Thomas said that she’s still in contact with Williams, and that the editor’s plane ticket is still good for another 12 months, adding that she hopes to bring Williams at some point within that time.

When Frankel was asked at the end of his speech what he thought about the decisions by schools canceling speakers, he said that other places had even cancelled on him—despite his being outside the 21-day monitoring period. He was less understanding of Syracuse University’s decision to uninvite one of his colleagues, three-time Pulitzer Prize-winning photographer Michel du Cille, who was outside the 21-day period, too.

“I am disappointed in the level of journalism at Syracuse, and I am angry that they missed a great teaching opportunity,” du Cille told News Photographer magazine. “Instead, they have decided to jump in with mass hysteria.”

Frankel added that he understood the university’s policy and said the Washington Post doesn’t let anyone back in the newsroom for 21 days, either. Still, “even if I had Ebola right now, none of you would be in any danger,” he said, noting that only people with symptoms are contagious.

Frankel understood the danger when he took on the assignment. When he proposed the idea of going to Africa to cover Ebola to his wife, a photojournalist, he said, “I was counting on her to say no. And she didn’t say no; she was encouraging.”

While in Africa, “You have to assume that everyone has Ebola,” he said. You should keep a 6-foot distance from everyone. Compared to the U.S., it was hard to convince the people in Sierra Leone that Ebola was real. Due to the significant amount of illiteracy in Africa, Ebola prevention centers used illustrations to communicate what symptoms to look for and how to prevent exposure. One precaution, which was “met with resistance,” was not to eat “bush meat,” or meat from wild animals. Gathering in a group of 10 people or more is considered illegal, but the government wasn’t enforcing it that much, he said.