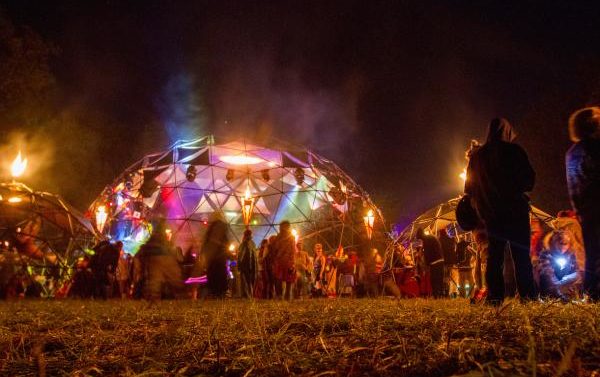 The fiery Mad Max-ian style Thunderdome is ready for two men to enter and… Well, actually, it’s ready for 1,000 people to party under its flaming metal structure for New Year’s Eve.

Cory Glenn, the Athens visionary behind Incendia, started a Kickstarter earlier this year to create a mobile pyrotechnic party dome. While he wasn’t able to secure start up funds from his Kickstarter campaign, he did find an investor to help him with the start-up costs.

The contraption is basically a 50-foot dome that sits in the center of five 20-foot domes that sit adjacent to the center dome. People safely party underneath while each dome creates various flame and light effects that are remote controlled through programs set up on a computer.

Incendia debuted in October at Alchemy, a local Georgia “burner” event, and recieved a lot of praise from those who took part in the festivities. “My favorite part is watching peoples’ faces when they first see it,” said Glenn. “I’ve never seen jaws literally hit the floor before.”

The next stop for Incendia is a big bash southeast of Atlanta for its New Year’s Eve event “Fire in the Sky.”

Pre-sale tickets are available now for $35.