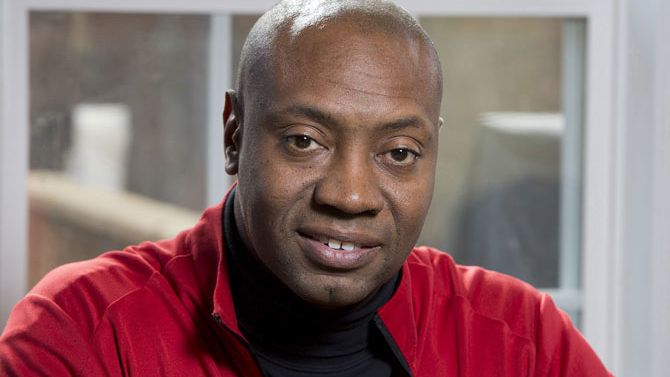 Any time it snows, the guffaws start: “So much for global warming!” While it may be difficult to see the effects of climate change in Georgia, especially in winter, science shows that climate change is starting to take its toll, despite the naysayers.

“Perceptions of changing climate in the Southeast are different. And part of that might have to do with the political makeup of the people here,” says Pam Knox, a University of Georgia agricultural climatologist for the Crop and Soil Sciences Department, “But I think if you haven’t seen it change, it’s a lot harder to believe it’s happening. Most people rely on their own senses to figure out what’s going on.”

Knox—who was the former assistant climatologist for the state of Georgia—attributes this local misperception to Georgia and the Southeast, being in a “warming hole.” The changes that have taken place here are more subtle than in other parts of the country. “Much of the last couple of decades the Southeast was somewhat cooler or not warming as fast, but we’ve kind of come out of [the warming hole] in the last 10 or so years,” says Marshall Shepherd, UGA’s atmospheric sciences program director. “If you look at trends across the nation, including the Southeast, everyone is warming now.”

According to data from the National Oceanic and Atmospheric Administration, last October was the hottest month ever recorded on a global scale. And most climate scientists agree that the planet is going to get warmer.

For Georgia, the change in temperature will have an impact on the state’s agricultural and livestock industries. Knox knows from her research that for approximately every one degree Fahrenheit rise, Georgia will have an extra week in the growing season. A longer growing season may sound like good news for growing crops, but as Knox explains, “Farmers can’t make a decision based on one degree Fahrenheit change in temperature, because that’s just in the day-to-day variability.”

Knowing the exact time frames of the growing season is important, because it allows farmers to know what kinds of seeds they should plant.

“Most people think that agriculture in the Southeast will increase at least in part because of that,” she says. “Problem is that when you have a longer growing season, then you need more rain to keep the plants growing, and also it’s a bigger growing season for pests and diseases and everything else.”

And the increased warming can also affect Georgia’s cow and chicken populations. When cows are heat-stressed, Knox says, they don’t produce as much milk and can even stop producing altogether, depending on the temperature. And that doesn’t include the other issues with feeding livestock—which is heavily dependent on corn. “Where are they going to get the feed from? Corn doesn’t grow real well when it’s hot, so they might have to bring more corn in from farther away. So that means more transportation costs,” Knox says.

These seasonal changes are much more distinct in the Northern region. Knox gives an examples of friends who live up North and go ice fishing and have noticed a much shorter season, because the lakes freeze later and don’t stay frozen as long.

One of Shepherd’s PhD candidates, Binita KC, recently did her dissertation on the vulnerability Georgia counties will face because of climate change, and she is in the process of getting her work published by a peer-review journal, says Shepherd. By combining socio-economical factors, physical changes, flood maps and urbanization, KC came up with a vulnerability-index to illustrate what areas in Georgia will face the strongest impact. Shepherd says part of that study explaines that metro and coastal areas have become more vulnerable. The costal areas will become even more vulnerable to flooding as the global warming of the planet causes the sea levels to rise. Due to an accelerated water cycle, there will also be flooding in urban areas and increased heat danger because of the quick water runoff facilitated by the impervious surfaces of the city.

“The nature of perception is changing… We have the same annual rainfall per year, but we’re getting higher intensity rains and longer dry spells in between,” says Knox. “That’s an important thing for infrastructure.” Georgia has gone through three significant droughts in the past 15 years: One from 1998–2002, another from 2007–2009, and the most recent drought was from 2011–2013.

When cities designed their water management systems, Shepherd says, they developed them on the assumption that rainfall would stay the same, but the heaviest rain events are more intense than they were when the systems were built.

The media, Shepherd says, is partly to blame for what he calls “zombie theories”—theories that refute climate change, “that have been disproven by the scientific community and the peer-review literature.” Shepherd says those theories live on through radio shows, op-eds and blogs. “The media will bring on a climate scientist, and then they’ll bring on a skeptic… There’s this notion of false equivalency,” he tells Flagpole. “That’s like sampling the UGA stadium on game day and getting one Georgia fan and one Tennessee fan and saying there are equal number of fans in the stadium that day.”

When you bring on both sides, Shepherd says, the public still thinks there is a debate—but there is not.

Besides the misperceptions, the confusion on the subject of climate change comes from people’s inability to distinguish the difference between “weather” and “climate,” says Shepherd. “Weather is your mood, and climate is your personality. That’s a key way I like to use to illustrate that on any given day you might be in a bad mood, but that doesn’t necessarily tell me anything about your personality,” he says. “On any given day, a weather system may come through that cools us down or causes snow or even causes a cold week, but that doesn’t say anything about global climate change.”