What’s Next for AthFest? 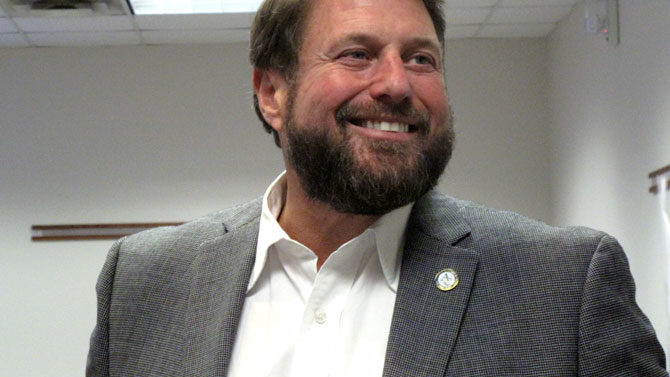 Attending the South By Southwest music festival in Austin, TX 20-some years ago, Jared Bailey was struck by what the festival could do for up-and-coming musicians. He was blown away by the government resources dedicated to musicians and artists in Austin.

Bailey had founded Flagpole with the same people in mind. “The existing media, like the daily newspaper, didn’t really cover anything to do with music and arts,” he says. “The government did very little—as a matter of fact, did nothing—to promote the music and arts we have here.”

Inspired by what he’d seen in Texas, Bailey wrote an editorial entitled “Why Can’t Athens Support Our Music Scene?” describing the lack of support for local talent and expressing the need for an event. The article was reprinted in other outlets, and many people reiterated the need he’d identified.

It still took a long time but eventually resulted in AthFest—the arts, film and music festival that draws tens of thousands of people downtown during the dog days of summer. Seventeen years later, Bailey is stepping away, leaving AthFest’s future direction up in the air.

How It All Started

Bailey participated in a task force that evaluated what was going on among the musicians, artists, venues and related businesses. It determined the need for an arts council, which he helped form about a year later and that exists to this day. The task force also recommended creating some sort of music and arts festival similar to SXSW. The third suggestion was to establish a single point of contact for music, arts and film with the government or the chamber of commerce—an office for anyone who wanted to make a film, record an album or promote a show.

Bailey took the recommendations to the Athens-Clarke County Mayor and Commission. They liked his ideas but didn’t offer any help. Then a new Athens Downtown Development Authority director was hired, Art Jackson, who understood Bailey’s vision.

Ten weeks later, in July 1997, the first AthFest was a success. “We did it on the courthouse steps,” Bailey says. “It sent the right message.”

The inaugural festival was limited to music, but it grew quickly to celebrate and support the visual arts as well, and each year since the first has been a different combination of elements, all with a shared purpose.

“We experiment, and we try working with new groups and everything else, but the idea is to promote what we have here, to promote the town, to promote the actual bands, the actual visual artists, the performance organizations, and bring in some out-of-town money from tourists,” Bailey says.

AthFest has been scheduled every year during the middle of the summer, despite the unyielding heat or unrelenting rainstorms—and people do come from all over. But what Bailey has found constantly surprising is the faces of locals he sees in the crowd.

“You expect to see the college students or the people who are that age, who go out normally to see bands,” he says. “But what you get [is] a lot of people who are a little older, who did go out to see music when they were younger, but they have day jobs. They’ve gotten married, and they have kids. This is their opportunity to go see bands, and they come out and they bring their kids.”

The addition of children’s activities, called “KidsFest,” in the second year of the festival established the event as family-friendly and helped draw Athenians of all ages, as did the  early showtimes and outdoor stages with free admission. The festival was also designed with local commerce in mind and planned in a season when restaurants, shops, venues and hotels need the boost in business.

Russ Hallauer, the vice chairman of the festival’s parent nonprofit, AthFest Educates, has worked with Bailey on the event since 1998. He immediately took notice of Bailey’s drive and foresight.

“The most exciting part of working with Jared has been seeing a glimpse of his vision of what Athens can be in regard to the intersection of music, arts, culture and commerce,” Hallauer says. “Through the years, he has had incredible success with conceptualizing not only what the community needs, but also what the community will be willing to support and sustain.”

The talent showcased has always been either local or somehow connected to Athens, occasionally making exceptions for musicians or artists who from nearby regions. It provides a time for locals and visitors alike to learn what Athens has to offer, an opportunity that has been vital to the success of many bands.

One such band is Modern Skirts. Although they recently broke up, their popularity lasted for nearly a decade, largely catalyzed by AthFest.  The group had only been around for a few months when they played their first AthFest set, and the exposure they gained from the event was invaluable.

“For us to be able to get in front of a big group of people who would never go out to a club to see a band they’d never heard of play, I think that’s a lot of the reason why we had so much local success,” says JoJo Glidewell, the band’s former pianist, guitarist and vocalist.

Bailey recalls the first time the Skirts headlined as one of the defining moments for AthFest. Under a torrent of rain, band members were nervous that no one would be there to watch.

“People were getting soaked, and it rained from the start of the set to the end of the set, and not a single person left,” Bailey says. “They stood there, in the pouring rain and watched that set, and the band played the whole time with the same energy. It was just pretty amazing.”

Like Modern Skirts, whose last show was at AthFest 2013, Bailey is moving on. “I think it’s just time,” he says.

Bailey is now an Athens-Clarke County commissioner and considering running for re-election as well as pursuing new business opportunities. Some people are encouraging him to run for mayor.

Under Bailey, AthFest broke away from the ADDA and became an independent nonprofit, AthFest Educates. The philanthropic aspect led the organization to start putting on music business seminars, partnering with the University of Georgia’s music business program and auctioning signed guitars to benefit local arts and music education programs.

Perhaps the biggest change, though, was starting AthHalf four years ago. Drawing more than 3,000 runners and thousands more spectators, the fall half-marathon raises enough money to pay a full-time employee and generates a sizable fund for buying instruments for music programs, buying art supplies, paying for trips to museums and theater productions, as well as providing scholarships and funding for music lessons.

“There’s been some real highlights, and I would like to think that my efforts and the efforts of the organization have made a difference in this town,” says Bailey. “So, I’m proud of it.”

It hasn’t all been smooth sailing. Bailey has a temper, and reports of shouting matches with vendors and volunteers often circulate around AthFest weekend. Once, a contractor accused him of using his position as commissioner to threaten retribution over a parking dispute. (Bailey denied it.)

In any case, AthFest has garnered significant awards and recognition under Bailey’s direction, including repeatedly being listed as one of the best events nationally and even internationally and certainly locally, like being one of few organizations given the Clarke County school board’s Impact Award.

The question of what will happen after Bailey steps down when his contract expires in January remains unanswered. The idea of inviting big national or international acts who have no relation to Athens to headline the festival has prompted discussion among members of the board and staff for years.

“‘Why don’t they do it when it’s not so damn hot? Why don’t they get big bands?’” Bailey says people ask him. “Well, there’s a reason for all that, and it’s part of the original vision, and I don’t really think the board is really thinking of changing the dates. But I think there’s always an attempt, a movement, whatever to try and get the biggest bands we can, but who knows what they’ll do. As you may know, I’m not going to be steering this ship anymore, so they’re going to be the ones to decide which direction to take.”

Regardless of what change may come under new leadership, Bailey’s influence will be remembered. “Simply put,” Hallauer says, “Jared’s greatest contribution to AthFest is that he had the vision that there should be an AthFest in Athens, GA.”