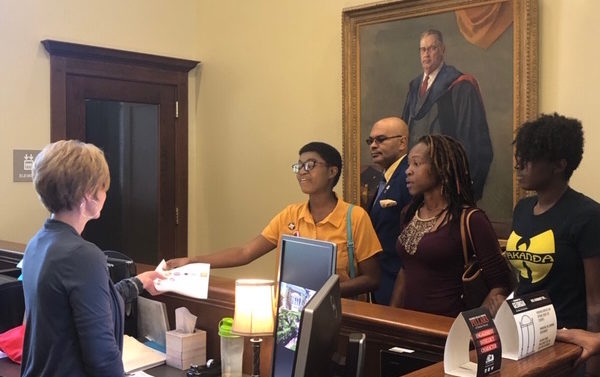 Representatives from local activist organizations delivered an open letter to UGA President Jere Morehead today demanding that the university acknowledge and address the legacy of slavery on campus.

Members of several organizations that signed on to the letter—including the Economic Justice Coalition, Athens Anti-Discrimination Movement, Athens NAACP, United Campus Workers of Georgia and Athens for Everyone—stood on the steps of the Administration Building and recited the letter this morning. Signers also included Athens-Clarke County commissioners Mariah Parker, Melissa Link and Tim Denson, and Clarke County Board of Education members LaKeisha Gantt and Tawana Mattox.

The letter demands that the university take responsibility for its role in white supremacy, fund a faculty-proposed Center of Slavery to further research the university’s history of slavery and oppression, and provide reparations by granting full-tuition scholarships to descendants of enslaved people who worked on UGA’s campus and for African-American students who graduate from an Athens public high school, as well as paying all employees a minimum wage of $15 an hour.

Linda Lloyd, executive director of the EJC, invited Morehead to attend the “Reparations Now” town hall meeting scheduled for Apr. 24. A time and location have not been announced.

“President Morehead, you have heard from the Athens community on countless occasions,” she said. “As a sign of good faith, we’re giving you one last chance to listen and act on our requests.”

The letter was inspired by the university’s handling of slave remains discovered during construction at Baldwin Hall. A documentary about the Baldwin Hall situation and slavery at UGA, Below Baldwin, premiered Mar. 31. During a panel discussion following the screening, Charlottesville, VA city councilman Wes Bellamy suggested that the local government take a hard line with UGA on the issue of reparations.

UPDATE: Morehead responded in a letter to Flagpole on Thursday.

The open letter delivered to Morehead is below: 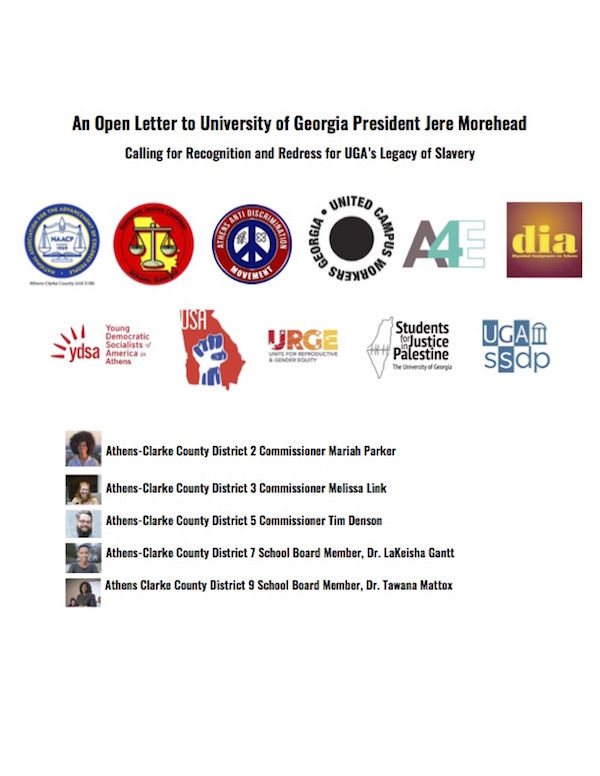 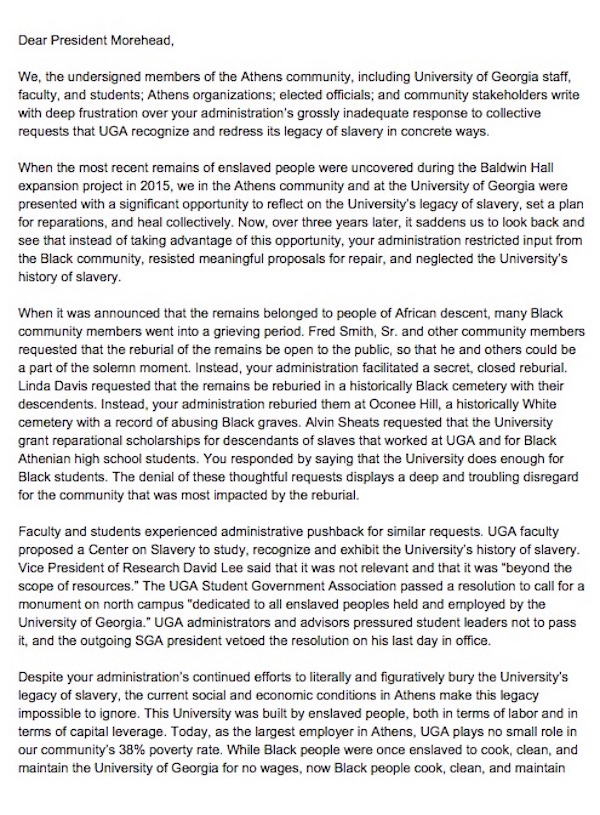 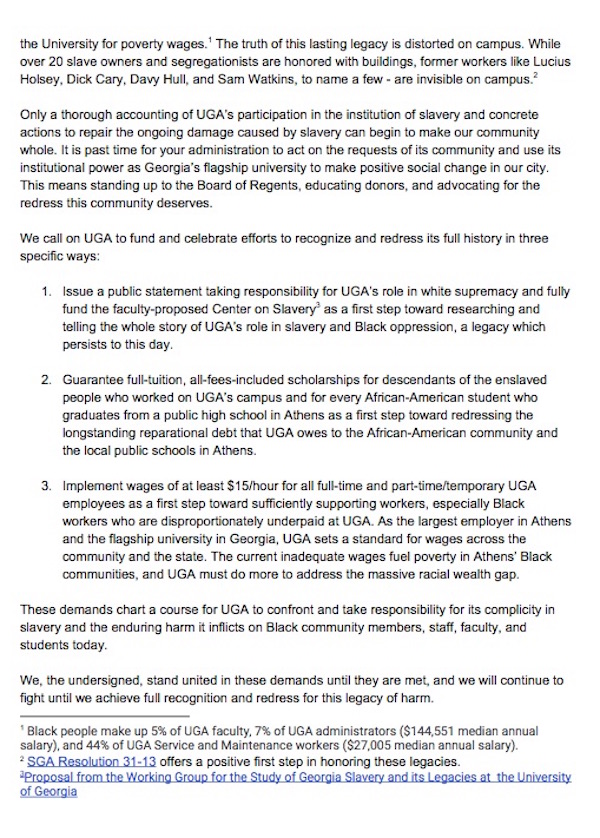 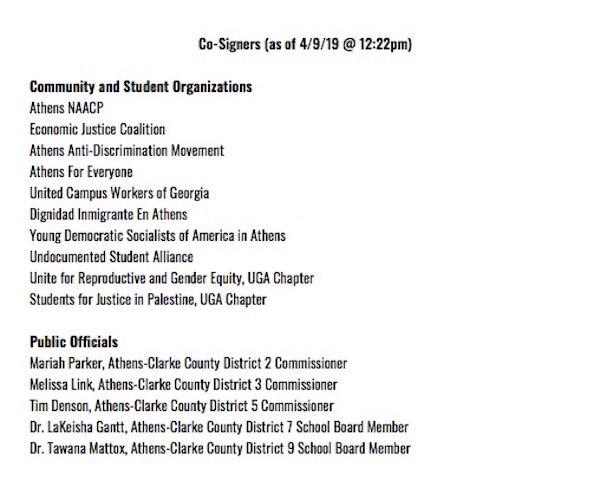