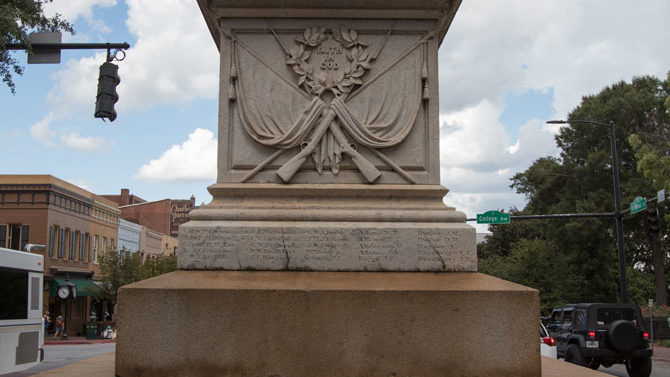 Athens’ Confederate monument, and others, will be harder to move if the state legislature passes a bill granting monuments greater protection.

While state law already protects monuments, SB 77, sponsored Sen. Jeff Mullis (R-Chickamauga), increases the punishment against those who damage or destroy a monument. Those found guilty of damaging a monument could be fined up to three times the costs to repair or replace it, according to the bill.

This bill will also make it more difficult to remove or relocate monuments. Some have suggested moving Athens’ Confederate monument to Oconee Hill Cemetery, but relocating monuments to cemeteries or museums is specifically prohibited by the bill.

Now, The bill now goes back to the Senate to consider changes made in the House. Sens. Bill Cowsert (R-Athens) and Frank Ginn (R-Danielsville) were among the 34 senators who voted in favor of it Mar. 5.