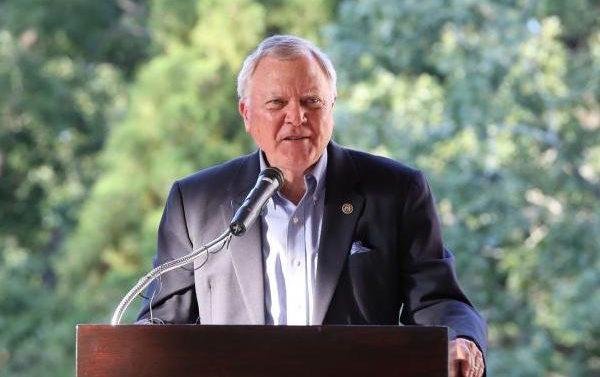 Gov. Nathan Deal, whose second term ends on Monday, will soon be teaching at the University of Georgia.

The University System of Georgia Board of Regents voted today to appoint Deal as a Regents Professor. His appointment will be effective for at least three years beginning March 1.

Deal plans to occasionally lecture undergraduates with interests in political science and law at UGA and other institutions in the University System of Georgia, the Atlanta Journal-Constitution reported. He’s also starting a consulting firm with his longtime chief of staff, Chris Riley.

Deal’s salary will be roughly $120,000 a year, USG Chancellor Steve Wrigley told the AJC. Some professors and ethics watchdog William Perry have criticized the salary. According to the UGA Factbook, the average professor’s salary was $100,400 during the 2016-17 academic year. The average instructor or lecturer makes about $60,000. Deal earned $139,339 as governor.

Several other former Georgia politicians have taught college over the years. Former Gov. and Sen. Zell Miller taught at UGA, Emory University and Young Harris College in the late 1990s and early 2000s. In 2016, former congressman John Barrow was a “scholar in residence” at UGA’s School of Public and International Affairs (SPIA). Saxby Chambliss, who left the Senate in 2014, is also a visiting professor at the UGA School of Law.