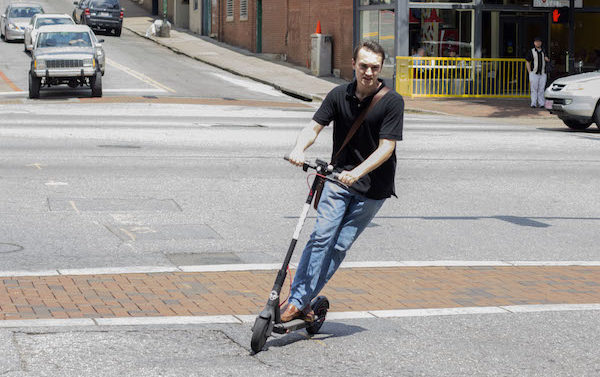 It’s been four months since Bird scooters began hatching around downtown Athens and soaring through the University of Georgia campus in August as part of the company’s nationwide “University Pop-Up Tour.”

After a week, university officials began confiscating Birds on campus, and ACCPD and UGAPD later started ticketing riders who did not obey the law. Now, Bird scooters are causing another problem for University of Georgia officials since the company has refused to pick up the impounded scooters or pay fines.

As of Nov. 19, the University of Georgia had confiscated a total of 1,096 Bird scooters since August and stored them in the Carlton Street parking deck. At that time, Bird owed the university $504,360, according to UGA spokesperson Rebecca Beeler.

Each impounded scooter costs Bird $75, which is UGA’s property impound rate, according to UGA Transportation and Parking Services’ Rules and Regulations. Each day Bird does not pick up the scooters, the university tacks on $25 for storage of each impounded scooter. That means the fines Bird owes are increasing by more than $25,000 a day.

On top of impounding fines, Bird also is fined for parking violations.

“Consistent with Transportation and Parking Services rules and regulations, any vehicle, including motorcycles and scooters, parked in an illegal or unsafe manner at any time is prohibited and is subject to violations and removal. Scooters left on sidewalks, grass, stairwells, decks or similar situations are also subject to violations and removal. Fines will be applied based on violations,” Beeler said in an email statement.

Beeler said the scooters will be released when all fines have been paid in full.

Beeler said the university has been in contact with Bird about UGA’s approach to confiscating the scooters. The university did not answer if there is any discussion on potential negotiations.

“We’ve been having productive conversations with city officials in the hopes of reaching an agreement that can work for everyone, and ensure we are able to continue to serve the community with Bird’s transportation solution residents and students have come to rely on,” Bird said in a statement to Flagpole.

The Athens-Clarke County Commission is scheduled to vote Tuesday on banning electric scooters for 12 months while county officials craft regulations and look for a partner to restart a dockless e-scooter service. During that time, ACC will also be impounding Bird scooters.

UGA was on fall break when the commission discussed the ban at an agenda-setting meeting last month, but several students told Flagpole that they oppose banning e-scooters because parking on campus is limited and buses aren’t always reliable, so Birds are often the best option to get to class.

“Banning them is a lazy way around not developing an alternative system, such as more bike or Bird lanes downtown,” said Charlton Pritchett. “Obviously, I’m against them banning them.”

Pritchett interned in Atlanta last summer and rode scooters to and from work every day. Since Bird came to Athens, Pritchett said he’s been riding the e-scooters regularly.

“[Bird scooters] are great because they’re cheap, readily available transportation that pretty much everyone can use,” he said.