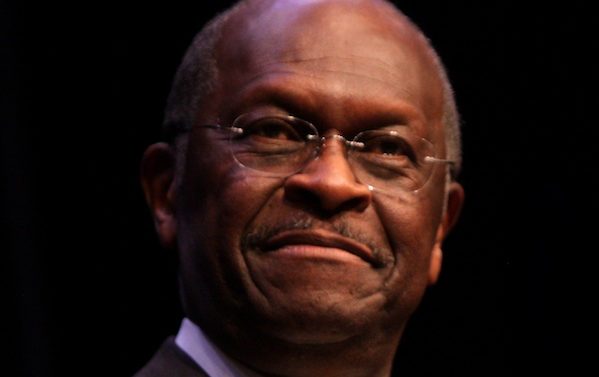 Herman Cain told University of Georgia students it is too early to make judgments about the 2016 presidential election, but advised them to discount candidates who attack members of their own party at a lecture Wednesday night.

Cain, the former Godfather’s Pizza CEO who unsuccessfully sought the Republican nomination for the 2012 presidential race, recorded a segment for his radio talk show during his third visit to campus in the last four years. The show will be replayed next week.

Some may see a large field of conservative candidates as a disadvantage, but he does not, Cain told the 300 attendees. Three Republican candidates have announced, and nine more are expected to, according to The New York Times, while only Hillary Clinton has announced her candidacy for the Democratic nomination. However, Cain sees this as an opportunity for the Republican party to gain more media attention.

But the media will choose what they say and angle news so readers will perceive it in a certain way, said Cain, who came under fire in 2011 for a series of alleged affairs. He used Rand Paul’s recent controversy over being rude to female journalist as an example.

“Then all of the sudden the headline was ‘Rand Paul is sexist to a female journalist.’  No he is not, he did the same thing to a male journalist,” Cain said. “But they’re not going to tell you that.”

Cain also addressed Hillary Clinton’s controversies about conducting State Department business with a email account and Benghazi, saying not all of the facts have been released yet.

“The country will be in danger if we elect someone with all of this baggage,” Cain said.

Cain said the candidates have to be bold in their platform to win election.

“Moderate, mamby-pamby, milktoast ideas are not going to connect people,” Cain said. “The Republican Party has to not be afraid to get attacked because they want to go bold.”

The party should also give talking points to candidates, Cain suggested, because a problem with the Republican Party is that they do not have a unified message, which is stopping them from connecting with millennials.

Cain said he does not have a favorite for the Republican nomination yet, although he hinted he was warming up to Texas Sen. Ted Cruz. Cain would choose a staunchly conservative nominee over one who is more electable, he said. â€‹