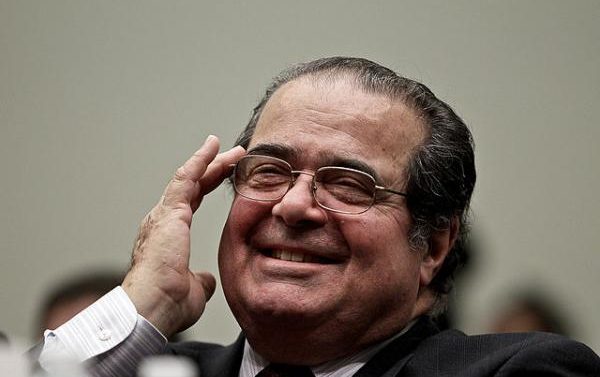 Following the death of Supreme Court Justice Antonin Scalia on Saturday, Senate Republicans have vowed to reject any nominee President Obama puts forth, but some University of Georgia professors and administrators in the political science department and law school think a moderate candidate has a chance of being approved.

Scalia dying during an election adds another wrinkle to an already partisan process. Supreme Court nominees are twice as likely to be rejected during election years than normal years, says John Maltese, head of the political science department at UGA.

Ted Cruz and Marco Rubio, both Republican senators who are running for president, are calling for the Senate to reject any nominee, with Cruz promising to filibuster the nomination process. Senate Majority Leader Mitch McConnell has said the vacancy should not be filled until a new president is elected. Since the Senate is controlled by the Republicans, this means that any candidate the president nominates would be in jeopardy of being rejected.

“I think it is improper to simply delay, obstruct and prevent consideration of a nominee,” Maltese says. “It’s not in the best interest of Americans to play politics with the nomination process. From the perspective of Republicans, if they are playing to their base and looking for votes, blocking a nominee that is put forward by President Obama might benefit them in that sense,” Maltese says.

Obama has already said he will nominate a justice, and confirmation depends on how the “political implications play out in the next few weeks,” says Lori Ringhand, associate dean for academic affairs in the UGA School of Law.

In order to get a nominee approved by the Senate, Obama will have to pick a moderate candidate instead of one who mirrors him ideologically, says Anthony Kreis, a PhD candidate in political science and public administration and policy.

“He’s going to have to find a nominee that has a background in government, shares philosophies with the president, but also is acceptable to the Senate and is someone that could actually move the Senate to action,” Kreis says.

Maltese agreed that a moderate candidate has a better chance of being confirmed, but noted that Republicans’ threat includes any candidate nominated by Obama.

“If you take the Republican leaders at their word, it sounds like they would try to block any nominee that is put forth by the President, even if it is a moderate nominee,” he says.

“I think he’s going to pick someone that is slightly left of center but generally considered a moderate. There is a few quality candidates that fit that mold. I think it would quite a bold move on his end to pick a staunch liberal,” Kreis says.

A judge who fits that mold is Sri Srinivasan, who is at the top of Kreis and many other experts’ predictions. Srinivasan is a judge in the U.S. Court of Appeals for the District of Columbia Circuit who has worked in both the Obama and Bush administrations. Srinivasan has the experience and would also be the first Indian-American to serve on the court. In 2013, he was unanimously approved by the Senate for his current position. Both Ringhand and Maltese think he is a strong candidate as well, and Maltese thinks rejecting Srinivasan would reflect poorly on the Senate.

“It would make a little more embarrassing for the Senate to reject him now having so recently confirmed him,” Maltese says.

Jane Kelly, an appeals court judge who, like Srinivasan, was also unanimously approved by the Senate, is another possibility, according to Kreis. She has also been championed by Republican Sen. Chuck Grassley in the past.

Kamala Harris, the attorney general of California, is another strong candidate, in Ringhand’s opinion, but her political experience may hurt her chances.

“She has political experience, which might make her a more difficult nominee at this particular moment,” Ringhand says.

Q&A With Asleep at the Wheel Frontman Ray Benson