Slingshot, the multifaceted Athens music, arts, comedy and tech happening, returns Mar. 31–Apr. 2, and organizers have just announced a bunch of new music performers, which you can check out on the festival’s website.

Among the list of local artists playing are New Madrid, Deep State, Thayer Sarrano, Double Ferrari and Brothers. Slingshot will also bring back its popular Japan Nite, which features some of that country’s best emerging and established bands.

For the festival’s electronic art component, New York-based Volvox Labs will construct and showcase “reactive digital eco-systems” at the Georgia Museum of Art, according to a press release. Stand-up comedy performances will come courtesy of Moshe Kasher, Nate Bargatze, Caleb Synan and others.

Times and venues have yet to be announced for most shows. Tickets are now on sale via the Slingshot site.

Check out the poster below: 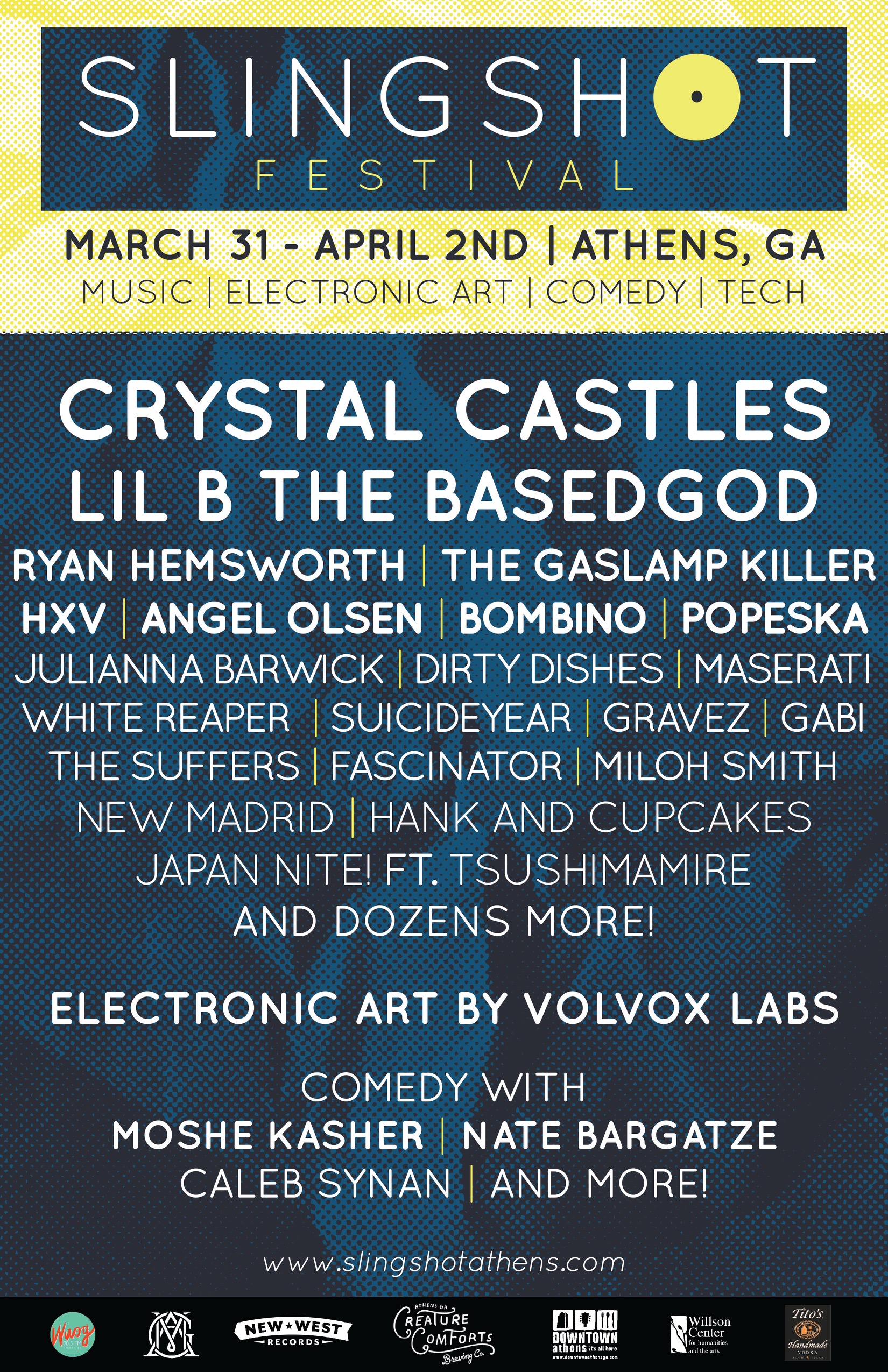