SPLOST Is the Only Way to Pay for Things We Need 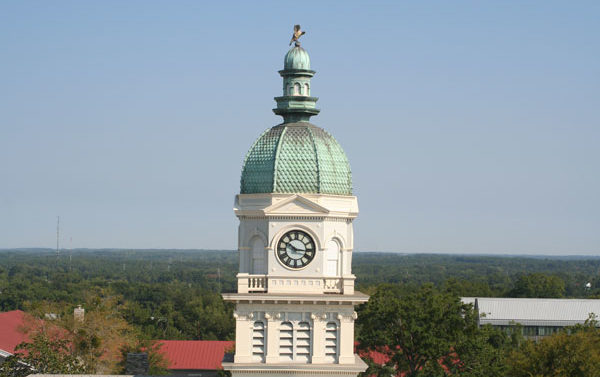 Tuesday, Nov. 5 is Election Day. The only item on the ballot, unless you live in Winterville, is the 2020 SPLOST projects list, which we have to vote up or down in its entirety.

The first time I had the opportunity to vote in a SPLOST referendum, I was kind of squishy about the whole thing. But then-Mayor Heidi Davison set me straight. She disabused me of the notion that we inhabit our own little enchanted kingdom here, splendidly isolated from the rest of the world. To the contrary, we’re in unrelenting competition with other municipalities for businesses, residents, visitors and so on. And our competitors aren’t places like Elberton and Toccoa (no disrespect, Elberton and Toccoa). They’re places like Greenville, SC, Chapel Hill, NC, and Chattanooga, TN. Nor does the race allow for periodic rest stops. As other locales keep evolving, if we don’t, we’re not just standing still. We’re falling behind toward backwater status.

Some people complained then, as some are complaining now, that the 1% sales tax that funds SPLOST projects is regressive. It is. But there are two things to bear in mind about that.

First, as far as I’ve been able to determine, there isn’t any way under Georgia law for municipalities to enact progressive taxes on wages and salaries. And Georgia is in the majority among the states in that regard. Only 17 states allow municipalities to tax wages and salaries, and in all those states, the local taxes are a fixed percentage on wages and salaries at all levels. So, for example, in Lancaster County, PA, where I lived for 34 years, the burger jockeys at McDonald’s paid the same percentage on their paltry wages as the CEO of Lancaster General Hospital paid on his generous salary.

Second, as former Mayor Davison reminded me in the talking-to I got from her, Clarke County is not only the smallest county in the state, but huge chunks of its real estate are tax exempt, including the UGA campus and local churches. I’m embarrassed now remembering that I hadn’t really processed that at the time. It means that there isn’t any way to fund the capital projects that we need and want with property taxes. No one has to move very far from Clarke County to set up housekeeping in a county with less burdensome property taxes while still being close enough to take advantage of goods and services in Clarke County. And plenty of people in adjacent counties are doing that now.

The legislation that authorized SPLOST was intended to give municipalities some running room without making life in them untenable for property owners. But because of Clarke County’s peculiar circumstances, SPLOST is about the only device available to us for funding capital projects without triggering a mass exodus.

All of which is to say, don’t blow off the election on Nov. 5 because authorizing another round of SPLOST projects is the only thing on the ballot (except in Winterville) and it’s too much trouble to go downtown or wherever to punch in your vote. In about 60 years of voting, I’ve never cast an absentee ballot. But having found out how easy it is, that’s what I’m doing this time. You can request one here.

And if you want to get up to speed on how the project list was put together, take a look at votesplost2020.org. This isn’t a top-down government operation. A bunch of our fellow Athenians volunteered for this gig and worked tirelessly on it. I believe they’ve earned our support. I hope you won’t sit this one out.