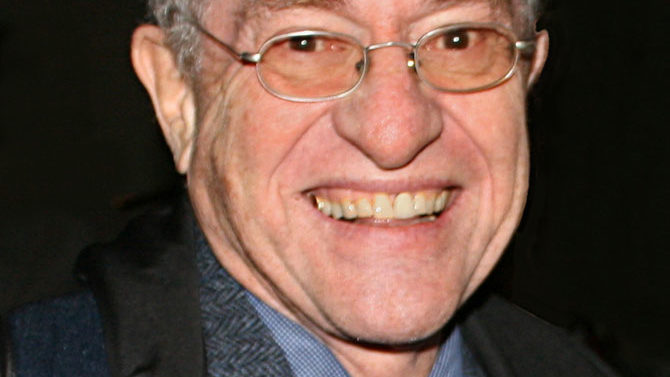 I didn’t watch any of the impeachment proceedings against President Trump. The outcome was never in doubt. Evidence and argument weren’t going to matter and didn’t.

However, Alan Dershowitz, Harvard law professor and Fox News talking head, did us a service by unwittingly clueing us in about abuse of power, the first of the two articles of impeachment. If you think the Senate’s lockstep acquittal of the president makes that moot, remember that there’s an election in November when voters will be called on to render a judgment on Trump’s fitness for office. The Dershowitz doctrine will be glaringly relevant between now and then.

Dershowitz told the Senate and the country that there are only three possible motives for seeking, as President Trump did, to trade congressionally authorized U.S. military aid for an announcement by Ukraine’s president that he would launch an investigation of the involvement of Democratic presidential candidate Joe Biden and his son Hunter in the affairs of a Ukrainian energy company. Trump’s motive could’ve been to advance the public interest, his personal political fortunes or to secure some personal financial gain. Only if his motive had been the third would what Dershowitz admits was a quid pro quo have been corrupt and therefore an impeachable offense. But since, said Dershowitz, Trump believes that his reelection is in the public interest, putting the arm on a foreign head of state to kneecap one of Trump’s political opponents was just an expression of Trump’s deep devotion to his country. No wonder this story set off howls of derision.

A lot of the astonished responses to the Dershowitz doctrine are on the mark. But there’s one crippling flaw in it that’s getting lost in all the hilarity.

Dershowitz has a simple-minded notion of what a corrupt motive is in a case like this. But we don’t have to drill very far down to see why Trump’s was. Let’s suppose along with Dershowitz, though contrary to several Mount Everests of evidence, that Trump was acting out of selfless devotion to our country when he tried to strong-arm Ukrainian President Zelensky into helping him smear Joe Biden. Even giving Trump laughably high marks for public spiritedness, that doesn’t whitewash his motives, because his attempt to prejudice voters against an opponent reflects a belief that it’s not the voters, but he who’s the final arbiter of whether his reelection is in the public interest. That’s not some minor, everybody-does-it peccadillo. It’s a body blow to the most fundamental principle of representative government—namely, that it’s the voters, not candidates for office, who’re the final judges of whether the election of one or another candidate is in the public interest. So, even supposing the utter sincerity of Trump’s belief that civilization as we know it will go down the tubes if he’s defeated in November, trying to displace the voters as the ultimate judges of whether his election is in the public interest fatally infects his belief that he was thinking only of our country in trying to extort a “favor” from Zelensky.

But wait a second. Don’t virtually all candidates for public office manipulate voters to one or another degree? It isn’t much of a stretch to imagine candidates who are not incumbents acting from the same corrupt motives that it looks like Trump did. There’s nothing to prevent them from adopting and acting on the belief that they, not the voters, are the ultimate judges of whether their election is in the public interest. Leaving aside crass venality, that’s the belief at work whenever any candidate attempts to undermine the voters’ opportunity to cast a ballot reflecting their considered judgment of candidates’ fitness to serve.

But when the president of the United States draws on the immense power he commands to put himself in the voters’ place as the last word on whether his election is in the public interest, with no authority from the Constitution, statute law or long-accepted practice, that’s an abuse of power if anything is. Compared to that, the routine venality that Dershowitz claimed is the only possible impeachable quid pro quo here pales into insignificance.

Nor is this just me, obscure hobbyist pundit, talking. It was Dershowitz, legal heavyweight and media creature, who said that Trump’s “perfect” phone call to Zelensky was a quid pro quo meant to bolster his chances of reelection, which he believes the public interest demands. All I did was point to the blindingly obvious implication about Trump’s motives that Dershowitz couldn’t.

While I can understand why members of the Senate might not, in sufficient numbers, have been willing to vote, for the first time in our history, to remove a president from office, I can’t understand why, come November, anybody would vote for the reelection of a president who was fully prepared to expel the electorate from its rightful place as the final arbiter of whether his reelection would serve the public interest.