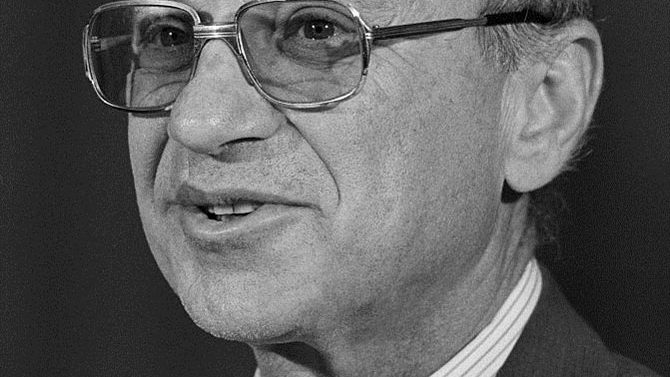 Georgia House Bill 68—a new form of the previously defeated Senate Bill 173—would permit families to apply tax-funded vouchers toward private school tuition and associated expenses. The vouchers would be for an amount roughly equal to what it costs the state to educate a child in a public school.

School vouchers draw a predictable response from public-school advocates: There’s no evidence that vouchers lift student achievement, and plenty of evidence that they divert funding from already strapped public schools.

But it’s important to understand that the forces arrayed on either side of this issue aren’t even on the same planet. To the public-school defenders, this is all about educational access and quality. To the voucher proponents, it’s only about reducing government’s footprint in American life. Improving student achievement isn’t a priority for them, and diverting public funds from public to private schools isn’t a bug, it’s a feature.

The voucherists take their inspiration from a 1955 article by the late libertarian economist Milton Friedman, who got to the voucher idea from a premise about the role of government in general. “I shall assume,” he wrote, “a society that takes freedom of the individual, or more realistically the family, as the ultimate objective, and seeks to further this objective by relying primarily on voluntary exchange among individuals for the organization of economic activity. In such a free private enterprise exchange economy, government’s primary role is to preserve the rules of the game by enforcing contracts, preventing coercion, and keeping markets free.”

That assumption makes public education a fat target because, according to the National Center for Educational Statistics, government at all levels in this country spends about $660 billion a year on elementary and secondary public education. That’s an immense government footprint. Although most of that wealth eventually finds its way into the private economy, Friedman would prefer that it bypass government entirely.

Friedman’s first choice was for all education to be offered on a fee-for-service basis. But failing that, he argued that the only thing justifying any government role in education is some educational benefit that can’t be packaged, priced and distributed in discrete bits by voluntary private exchange. He thought that living in a society populated by people committed to democratic values is such a benefit.

Public-school advocates have traditionally made exactly this case themselves. We can’t uphold democratic values, they say, unless people have at least a rudimentary understanding of them. So we need public schools to educate people for citizenship, community leadership and much else.

Freedman accepted that premise, but argued that the traditionalists’ conclusion doesn’t follow, because we can secure what he and they agree is a public good without relying on the government to operate schools. All it takes is for government to give people money they can use to send their kids to privately owned for-profit or nonprofit schools meeting minimum government standards.

This all sounds reasonable and public-spirited. But Friedman gives the game away when, noting that his voucher scheme would apply only to grades K-12, he makes the astonishing claim that most of “the appropriate content of an educational program for citizens of a democracy” would be covered by “the three R’s”—reading, writing and arithmetic.

That tells me that all the rhetoric about instilling democratic values in our children is just a thin rationale for Friedman’s real objective: diverting public funds so people can apply them to the cost of what’s essentially a private, not a public, benefit. As long as public schools enroll the vast majority of the K-12 population, there won’t be enough demand to entice many private operators into the educational services sector. So, Friedman proposed to create a robust private K-12 educational services market by spreading a lot of public money around and setting a very low barrier to entry for private operators—just the capacity to teach basic literacy. Over time, he foresaw the virtual disappearance of public K-12 schools, except in rural areas where population density is too low to support more than one school. But he looked forward to even those government schools falling to advancing urbanization.

Contrary to what some current voucher cheerleaders predict, Friedman didn’t see competition forcing traditional public schools to up their game. In fact, there’s not a word in his article suggesting that there’s anything wrong with traditional public schools educationally. The only thing wrong with them, by his reckoning, is that they’re government-operated. Otherwise, they’re doing just fine. He counted on privatization to “stimulate the development and improvement” only of private schools, enabling “them to grow relatively to State institutions.” That’s exactly what we’d expect, considering that the whole point of this scheme is to phase out public schools in favor of the private sector, awash in new entrants having to get up to speed.

Except for rookie private operators climbing a steep learning curve, promoting general educational quality just wasn’t on Friedman’s agenda. That’s not surprising, since the genius of free markets isn’t to deliver quality; it’s to maximize the satisfaction of consumer preferences whatever they happen to be. As he put it, “…competitive private enterprise is likely to be far more efficient in meeting consumer demands” than other arrangements.

We need only look at the auto market to see how that works. The auto market doesn’t just crank out Rolls-Royces. It casts up everything from Rolls-Royces to decaying clunkers on used car lots. In the same way, what we should expect a private education services market to deliver is whatever there’s enough demand for: schools that prioritize athletics over academics, the arts over STEM subjects or the reverse, high-powered college-prep, the teachings of various religious denominations, etc. As long as it’s not government-mandated, it’s fine with Friedman if the market even offers racially segregated schools.

And after justifying all this in terms of educating for democratic values, Friedman sums up by saying, with no apparent awareness of the irony, that in Friedman-world, parents will be able to vote for and against schools with their feet (or their cars and trucks) instead of “through cumbersome political channels.”

How could it be any clearer that there’s no common ground whatsoever between advocates for traditional public schools and school voucher supporters? While the former are committed to quality education as they understand it, the latter are committed only to choice as an end in itself. In the world the choice forces envision, your neighborhood public school wouldn’t be on the menu.