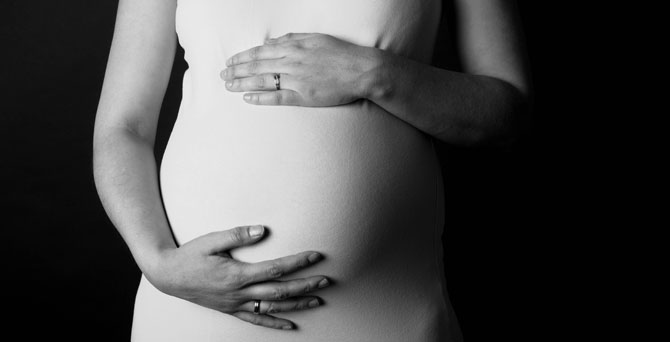 Athens Pregnancy Center is a crisis pregnancy center, or a non-medical facility that discourages abortion. Seeking to counsel patients out of having the procedure, CPCs may falsely advertise abortion referral services or imply neutral, nonjudgmental advice in their marketing.

On Mar. 11, the Georgia House of Representatives passed Senate Bill 308, allocating up to $2 million in taxpayer funding to CPCs. Republican lawmakers have been explicit in their goals for the funding. “Our party has been a party pushing for decreased access to abortion facilities and has so stressed the need not to have abortions,” House Health and Human Services Committee Chairwoman Sharon Cooper (R-Marietta) told Atlanta NPR affiliate WABE.

Diana (Flagpole agreed not to print her real name to protect her privacy) visited Athens Pregnancy Center in 2013 after seeing a sign advertising free pregnancy tests and ultrasounds. She already knew she was pregnant— she’d taken a test at the health department. “I was pregnant and needed an ultrasound, because I had read that sometimes a pregnancy isn’t viable,” she says. “This was a common complication in my family, and I had been told to never have a child, so I was really concerned.” She was uninsured and did not know yet whether she qualified for a Medicaid program for pregnant women.

When Diana called APC, they told her she would need to come in, take a test and speak with a counselor. “It got weirdly religious. The interviewer never directly asked me my religious affiliation. She told me that she was a Christian. I was polite when she mentioned it because I was sort of stunned. I didn’t know this was a religious place.”

The counselor at APC asked Diana if she had a birth plan, so Diana shared her concerns about the viability of the fetus. “She sort of chuckled and said not to worry. I wanted to make sure that, if it wasn’t viable, I could still end the pregnancy. She started to get visibly agitated because any time our conversation turned toward religion, I shut it down.”

This is the danger of crisis pregnancy centers: Their focus on abortion prevention endangers those who may medically require the procedure. CPCs do not have the capacity to diagnose complications, though their names (e.g. Athens Pregnancy Center) might indicate otherwise.

“The main crux of the problem is that CPCs project themselves to be comprehensive women’s health care centers, and of course they’re not,” OBGYN and fellow of Physicians for Reproductive Health Serina Floyd told the Guardian.

Diana came in for an ultrasound a week later. “I invited my husband to come and when they saw him they were extremely happy. They didn’t expect us to be married or that, if everything checked out, we [would be] down to keep the baby. It was as though our ‘counselor’ was relieved that she didn’t have to convince us.”

Fortunately, Diana had a healthy pregnancy. She did not visit the doctors recommended by APC and instead made an appointment with a midwifery practice.

“They printed out at least 12 pictures of my ultrasound. In a couple they typed in ‘Hi Mommy,’” she says. “I felt like my insistence that I find out the viability was pooh-poohed. They didn’t do anything to calm my fears, just push their agenda by showing me pamphlets about adoption or keeping the baby. I’m a grown woman with a college education, and I was completely freaked out and misinformed about pregnancy.”

In a year rife with attacks on the legitimacy and funding of actual medical facilities like Planned Parenthood, CPCs are benefitting at the expense of women’s health. Five rural hospitals in Georgia have closed, and others no longer offer OBGYN services. Athens does not need more money for billboards of weeping women and the answerless question: “Scared?” What we need is a Planned Parenthood.

“I can’t imagine being a young woman and going into a place like that unguarded,” Diana says. “It would be very easy to steer young women toward a destiny they weren’t sure they wanted.”

Georgia lawmakers do a great disservice to their constituency in allocating millions to religious groups instead of true women’s health centers that could prevent unwanted pregnancy and save lives. According to the National Network of Abortion Funds, many CPCs spend four times more on terrifying marketing campaigns than client services. CPCs are not equipped to offer anything more than sonograms, bias and deception. The Magnolia Fund and Access Reproductive Health Care Southeast offer free, confidential support online and over the phone. Planned Parenthood offers contraceptives, sex education, STD testing and, yes, abortion. It’s legal, y’all.