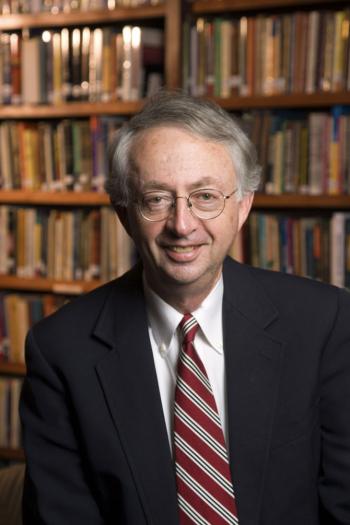 I first laid eyes on Thomas G. Dyer in the winter quarter of 1972, when he and I were both enrolled in Will Holmes’ graduate class in the history of the New South. I had just finished a year of active military duty, and I was none too sure of myself after such an extended absence from the academic arena. It did not help much that the class included a very erudite and composed guy who struck me as the type one would expect to meet in New Haven or Cambridge but not so much in the Athens of Georgia, at least back then. This impression was resoundingly affirmed when, early on in the course, this fellow commented on the tendency of Southern intellectuals to engage in what he described as “vicarious self-flagellation.”

Still wide-eyed when I related this incident to Lyra that evening, I would never, even in my wildest dreams, have imagined that I would one day count this truly imposing figure, with an immense vocabulary fully sufficient to send William F. Buckley scrambling for his thesaurus, as one of my very closest and most cherished friends nearly 40 years after we met.

As friends, Tom and I were an unlikely pair. I was certainly no match for him intellectually, and even at that point, he had already read more books than I ever knew existed. Still, we seemed to hit it off, and I began to understand why a little better after discovering that we shared a common indelible recollection of going into town with our dads in battered pick-ups crusted over with cow manure and having the almost predictable misfortune of encountering practically every good-looking girl in our high school class. Even so, neither of us was the least bit inclined to deny our rural roots, and in fact, we launched into vegetable-gardening contests and other such activities designed to show whose agrarianism was actually the strongest and purest.

Tom and Anna were still more or less newlyweds when we met them in 1972, and we were anticipating the arrival of a baby almost any day. Even if I could still recall all of it, I would not know how to put into words how much fun we had, but this may well be a case where the specifics are best consigned to oblivion anyway. As our careers took us in different directions, we were blessed to maintain the kind of friendship with them where the miles between us didn’t matter, and bless their hearts, the Dyers were always there for us whenever we managed to conjure up any sort of excuse to make a return visit to Athens.

Indeed, we had just descended on them a few hours before Elizabeth was born, and it was obvious immediately that she had staked a special claim on her dad’s heart. No one was less inclined to tout his own achievements than Tom, but though he strove mightily not to come across as the proverbial proud papa, Elizabeth quickly rendered this an utter impossibility. That said, while comprehensive and unconditional, Tom’s love for Elizabeth was not the smothering kind, and his parenting style was, by her own account, a bit on the Socratic side, premised I’m sure on his confidence in her ability to use her innate intelligence and good judgment to sort through her options in life and settle on the best one for her. Although Tom would insist that all the credit for how well this approach has clearly worked out belongs to Elizabeth, his parenting M.O. will doubtless strike a familiar chord with the multitude of deeply saddened former students who are now singing his praises online and elsewhere.

I have always thought that in a truly strong marriage, both partners know that they can take each other’s love and support for granted but for that very reason make it a point never to do so. By this standard, Tom and Anna’s union was truly a thing of beauty and built to last. Where Anna was concerned, even the little things were big things to Tom. He might have a thousand and one things on his mind, but none of these was ever important enough to prevent him from showing his love and appreciation to her. From the moment she left for the store, he was on guard for her return, determined that she should not be left to carry the groceries up the stairs by herself. Nor did he recognize any division of labor in the kitchen, where he regularly demonstrated his absolute wizardry as a cook.

Tom’s attitude toward his family carried over into his work. When he assumed responsibility for any administrative or academic unit, he made it a point not simply to urge those under his charge to drop into his office but to drop into theirs also. This was in no sense mere managerial artifice, for Tom was a genuinely thoughtful and caring person who would soon know not only the names of all the people who worked under his supervision, but the names of their spouses and offspring as well. For my money, there is no greater compliment to a leader in the academic world than the personal regard he or she enjoys among those charged with holding together the real world of leaking pipes, cracking paint and worn tires.

Nobody enjoyed a good laugh at his own expense more than Tom Dyer; another certainty about him is that he never met a pun he didn’t like, and whether or not you liked it, even on the first occasion he pulled it on you, mattered but little to him. In fact, he perfected the fine art of making a decidedly comedic ritual of inflicting the very worst of his puns on you again and again.

Despite his tremendous sense of humor, Tom Dyer did not necessarily suffer fools any more gladly than anyone else, but, ever the realist, he was also fully aware of their profusion, even in the hallowed ranks of academe, and thus he understood that certain things might only be accomplished by suffering them patiently and tactfully, up to a point, at least. I do not mean to imply that his patience and forbearance were merely strategic, for he was one of the genuinely kindest and most charitable people I have ever known. He abhorred gossip and refused to take any satisfaction in the troubles of anyone else, regardless of his own strictly guarded impression of the person in question.

Any number of Tom’s administrative accomplishments and contributions could have been career makers in and of themselves, even if some of the most important of them were rendered largely out of the spotlight. Tom held a reciprocally deep and abiding affection for this institution easily comparable to that of any of the biggest, barkingest, red-britches-wearing Bulldog boosters who ever lived. Tom’s affection was by no means blind and uncritical, however; it was precisely because he loved the University so much that he wanted to make it better. The striking success and lasting importance of the minority-faculty recruiting effort that he spearheaded in the 1980s was in no small sense simply an expression of his determination to do what it took to do what clearly needed to be done. His efforts to integrate the living and the intellectual environments on the campus made fewer headlines perhaps, but it facilitated a much more meaningful and satisfying university experience for hundreds of  students searching for life beyond fraternity or sorority row.

As marvelously effective as Tom was in academic administration and leadership, he was no less talented and dedicated as a historian, and I make bold to say that through it all, history remained his first love. His dissertation and subsequently published book on Theodore Roosevelt and the idea of race could easily have passed as the work of a distinguished senior scholar. Nuanced and sophisticated, it offered insights into Roosevelt’s behavior that were hailed as absolutely brilliant and original when they were recycled in another book on Roosevelt published thirty years after Tom’s. The History of the University of Georgia that Tom wrote in conjunction with its bicentennial broke new ground by demonstrating how wonderfully useful and instructive it can be to place the history of an institution of higher learning within the broader state, regional and national experience.

Johns Hopkins University Press nominated Secret Yankees, Tom’s study of unionists in Civil War Atlanta, for the Pulitzer and the National Book Award, and well they might have, for it was as brilliantly conceived, meticulously researched and beautifully written a book as I have ever had the pleasure of reading. How in the world he managed such a magnificent scholarly achievement with all of the administrative responsibilities he was shouldering at the time, I will never know.

When I reflect on Tom’s passing, nothing makes me sadder than to think of his thwarted desire to devote part of his retirement to preserving and illuminating his own historical roots. He could hardly have been more thrilled when he traced his lineage from Missouri back to ancestors who arrived in Virginia around 1770, even if the discovery left me more or less obliged to observe that the Cobbs had already been there some 135 years at that point. The addition in 2010 of both his family home and the nearby community church to the National Register of Historic Places was truly a triumphant moment for him and every bit as much a testament to his dedication to meticulous research as any of his excellent published monographs. The same was true of his work on a history of his family farm in Missouri. I once expressed my indebtedness to Tom for repeatedly convincing me that his writing was going even worse than mine, and it was a real treat to see him so excited, even if it meant hearing a good deal more about hemp production in Saline County, MO, than I ever dreamed it was possible to know.

William Faulkner came close to capturing perhaps the most painful aspect of the untimely loss of someone we love in describing “tomorrow night” as nothing but “one long, sleepless wrestle with yesterday’s omissions and regrets.” After a wonderful visit with Tom and Anna out at the farm in Missouri last September, Lyra and I came back dismayed that we seemed to see the Dyers so infrequently back in Athens and vowing to change that. Less than two months later, though, Tom was diagnosed, and the rest, all too quickly, was history. If a person’s impact on those around him may be gauged, however perversely, by the number of people he left behind who always meant to thank or commend him but never got around to it, then Tom was a phenomenal human presence during his lifetime. If, beyond that, someone’s full and enduring measure lies in how little he actually sought or coveted all the thanks and praise he rightly deserved, then Tom Dyer was truly a man for the ages.