When Historians Made History Themselves 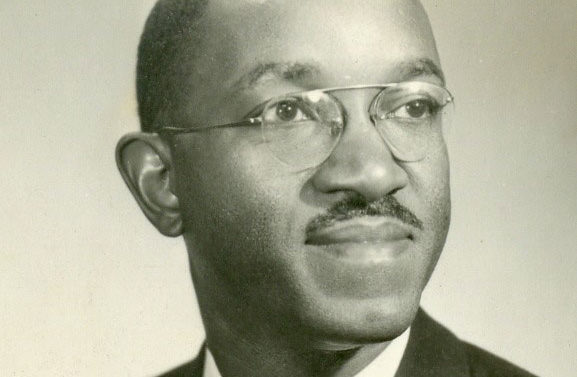 It pained the Ol’ Bloviator greatly to miss only his second annual meeting of the Southern Historical Association since 1973. Those who made it to this year’s confab in Louisville, KY, not only enjoyed a lively and engaging program, but the warm, inviting atmosphere for catching up with old friends and former students that is the trademark of these SHA gatherings. This particular meeting also marked the 70th anniversary of one of the most momentous events in the group’s history and a notable development in the history of race relations in the South, as well.

No apparent thought had been given to the possibility of black membership, let alone attendance at the annual meeting, when the Southern Historical Association was formed in 1934. Bethany L. Johnson notes that SHA president Benjamin Kendrick was unaware that there were any black members in 1941, when he received a letter from one of them asking to what extent he and his colleagues would be allowed to participate in the organization’s meeting at Atlanta’s Biltmore Hotel. Kendrick had essentially created a de facto policy when he responded that black members enjoyed “all the rights and privileges of any other member, subject only to local city ordinances, state laws, or practices of the hotel in which the meeting is held.”

This effective default to prevailing local Jim Crow practices meant that, despite some variations, black members who chose to attend the annual meeting were well advised to expect treatment little better than that accorded the black hotel employees, with whom they would share toilets and eat in the kitchen while white members partook of the luncheons or dinners that were a part of the annual meeting. They might be allowed to enter the main dining area in order to hear a speaker once the white diners were finished, but, that done, they were expected to make for the door, for there surely was no place for them to sleep in a whites-only hotel.

Needless to say, such practices hardly suggested much enthusiasm for inviting a black scholar to actually present a paper in a formal program session. Yet with the 1949 meeting set for Williamsburg, VA—seemingly one of the South’s less racially volatile cities—program chair C. Vann Woodward, who would soon become a towering presence in the field of Southern history, proposed doing precisely that. When he suggested asking his friend John Franklin to participate in the program, his carefully selected program committee—composed of white historians who shared his embarrassment at how black members were treated—seemed not only amenable, but downright enthusiastic. The sledding proved a little bumpier in dealing with representatives of the host institution, William & Mary, but with considerable prodding and not a little guile, Woodward eventually got them to sign off on his bold experiment, as well.

Thinking that a presentation on some less racially fraught topic would make Franklin more comfortable, he suggested a paper drawn from his ongoing research on the martial tradition in the South. To put Franklin further at ease, Woodward had bolstered the session’s creds by asking Columbia’s Henry Steele Commager, one of the most distinguished American historians of his day, to chair it, and Emory University historian Bell Irvin Wiley, a white Southerner and, like Woodward, a rising star in the profession, to read the paper accompanying Franklin’s.

Thus, it came to pass that, at 3 p.m. on Thursday, Nov. 10, 1949, a crowd well in excess of what the ground floor room in William & Mary’s Phi Beta Kappa Hall could accommodate gathered to see Southern historians actually making history themselves. “You couldn’t get in that place,” Franklin recalled, noting that a number of curious William & Mary faculty, as well as townspeople, had gathered outside to peer in the windows. Others in attendance offered much the same account and confirmed Franklin’s impression that his paper “got a good reception.”

The only potentially awkward moment, Franklin remembered many years later, came during the discussion from the floor, when a stately white woman in the audience asked, “How we can sit here and hear him use the term ‘Civil War’ when he should call it the ‘War Between the States’?” Doubtless to Franklin’s great relief at that point, “everyone broke into laughter.” He may have been uncertain at that precise moment whether to make more of the question itself as an indication of the past flexing its muscles or of the less-than-deferential response to the questioner as a sign it was losing its grip.

He would likely have been more inclined to the latter interpretation had he known at the time that the questioner was Susan Tyler, the widow of one Lyon G. Tyler, son of President John Tyler and a historian and dedicated apologist for the Old South, not to mention president of William & Mary from 1888–1919. Franklin might have even felt the Earth tilt ever so slightly had also he realized that, before her marriage, Susan Tyler had been Susan Ruffin. If the great-granddaughter of the unrepentant secessionist Edmund Ruffin, who wrapped himself in a Confederate flag before blowing his brains out after the war, was deeply disturbed by what she witnessed that day, it’s hard to imagine her reaction had she lived to see the black interloper she had risen to rebuke more than 20 years earlier step to the podium in 1971 as president of the SHA.

As Franklin noted, he had been elected to this post “long before the other two predominantly white national historical associations made a similar move.” Yet only in the last 10 years had SHA officials been able find enough Southern hotels where the old racial protocols had been abandoned to assure that the annual meetings were finally free of Jim Crow’s tenacious clutch. In the interim between becoming the group’s first black program participant and serving as its first black president, Franklin had suffered what he called a largely unbroken repetition of “insults and… indignities” at a variety of Southern convention hotels, like the Peabody in Memphis, where he could neither eat nor sleep but might find himself “literally stranded” because white cabbies refused to pick him up.

These memories were still too painful, even in 1970, to allow him to savor the current moment, let alone encourage anyone to make too much of the progress it signified. Instead, rather than conclude his presidential address on a note of satisfaction or accomplishment, he simply reiterated what had long been his sustaining hope, “that a region whose experience and talents had proved to be so ample in so many ways… might yet be able to confront fundamental changes in its social order.”