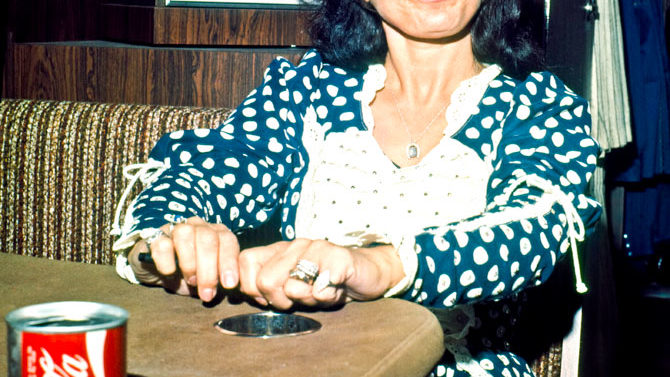 The Ol’ Bloviator is purely grateful to the folks at the Southern Labor Studies Association for asking him to compile this list, because except for listening to country music, the only thing he loves better is writing about it. So, take this, Ken Burns! (Just kidding, Ken—your documentary is addictively awesome.)

Though some initially saw references like, “Patches in my britches, holes in my hat/ Haven’t had a shave since the wife got fat” as simply an attempt at comedic caricature, as the labor unrest at Gastonia spilled over in the 1930s, Dave McCarn’s “Cotton Mill Colic” was a biting satirical indictment of the Southern textile system. There was little to inspire laughter, after all, in a line like “Every day at noon/ The kids get to cryin’ in a different tune.” As for the folks picking all that cotton, I like to juxtapose the outright rejection of the enslaving drudgery of the cotton fields in “I Never Picked Cotton” with the tempered expectations of thousands of Southerners trapped within that system who know a “jug of coal oil costs a dime,” but at least dare to anticipate “stay[in’] up late come pickin’ time.”

Mel Tillis’ “Detroit City” deserves its iconic status as an ode to thousands of Southerners who headed north in search of jobs and a better life, only to find themselves feeling deeply alienated and constantly pining for home. For me, however, “Streets of Baltimore” captures that sense of alienation pretty succinctly in a single line: “Got myself a factory job/ Ran an old machine.”

The Hag’s “Workin’ Man Blues” has a righteous claim to be in this mix, but for me, the tenuous reality and scant pleasures of low-income, working class life come through better in “If We Make It Through December.” Loretta Lynn also stands tall in this category, not only for her candid but uncomplaining “Coal Miner’s Daughter,” but for her many other songs, like “The Pill” or “One’s on the Way,” which get inside the lives of beleaguered working class women who have had it with the thankless, suffocating, seemingly endless regimen of motherhood and housekeeping. Not surprisingly, such women have trouble relating to reports that “To have her hair done/ Liz flies all the way to France” or “Jackie’s been seen in a discotheque/ Doing a brand new dance.”

Happily, Kacey Musgraves seems a worthy successor to Loretta, especially in songs like “Blowin’ Smoke,” about a waitress who “swears I’m never coming back” but is still there every night to “wipe down the bar and take out the trash.” There is certainly a case to be made that Dolly Parton’s “9 to 5” belongs in the above list, not the least of the reasons being Dolly’s stellar creds as an interpreter of the treasured moments buried within the many travails of dirt-poor Appalachian families struggling just to keep their children fed and clothed. It is true enough that, for many women in the workforce these days, the designation of secretarial or clerical jobs as “white collar” simply means you have to dress better—or, at least, more expensively—than your paycheck would seem to justify for the privilege of working your tail off in what sometimes amounts to an air-conditioned sweat shop. That said, however representative it may be of the working lives of many contemporary women, in both its substance and orchestration, “9 to 5” comes up a tad short on conveying the sense of a historic elemental struggle to survive that marks many of the songs that I ultimately chose.

Country music has made legends of those gear-jamming son-of-a-guns whose 18-wheelers roar and growl their way up and down the American road. Dave Dudley’s 1966 rendition of “Six Days on the Road” still has little even remotely close competition in this category. (After all, if it’s good enough for Jerry Garcia, what more need be said?) Even though Dudley’s man behind the wheel has to pop a few pills and give some ICC regulators the slip, we wind up knowing he’s “gonna make it home tonight.” On the other hand, while Kathy Mattea’s “Eighteen Wheels and a Dozen Roses” presents a straight-arrowed and thoroughly deserving sort who is just 10 miles from home on his final run after 30 years on the road, it also leaves us a bit uneasy, because, as all devotees of trucker songs know, a lot could still happen in those final 10 miles.

“You’re the Reason God Made Oklahoma” gives us a good idea where it’s headed when David Frizzell seems to take the “full moon over Tulsa” for granted, while Shelley West sings plaintively about the “city lights” that “outshine the moon” in L.A. (Truth be told, my favorite part comes when Dave recounts “working 10 hours on a John Deere tractor”—where I have spent a little time myself, and well before there was any thought given to foolish superfluities such as power steering and air conditioning, I might add.) In this slight twist on a familiar setup, this time it is a woman who longs for the home and the lover she left behind to pursue fame and fortune in the big city, and we are left with some reason to think the metropolis may not ultimately prevail in this particular emotional tug of war. Certainly, anyone old enough to recall Cowboy Jack Clements and Johnny Cash’s version of the “Ballad of a Teenage Queen” should not dismiss this possibility out of hand.

Finally, just for the record, not for so much as a nanosecond did I even study about including one of those trashy songs where guys brag about their flashy, new oversized, hyper-optioned, high-markup pickup trucks. When I was growing up, pickups were simple necessities for real working folks, not oversized, meticulously maintained monuments to conspicuous consumption, and their sole adornments were typically confined to multiple scrapes, dents, patches of rust and assorted spatters of mud, cement and/or cow manure. Many of the people who managed to make do with such unsightly and spartanly equipped trucks are doubtless the grandparents—or at least the great-grandparents—of today’s uber-pickup pilots who see themselves asserting their country boy bonafides by tooling around in those gaudy F-150s and Silverados.

Country music has obviously not gone untouched by the economic and demographic changes that seem to have put so much distance between us and our working class roots over a remarkably short span. Yet its historic capacity to capture and preserve strikingly candid verbal slices of Southern life stretching back over many generations make it a pretty good starting point for anyone looking not simply to reconnect with those roots, but to get a better sense of what being a member of the working class actually meant.