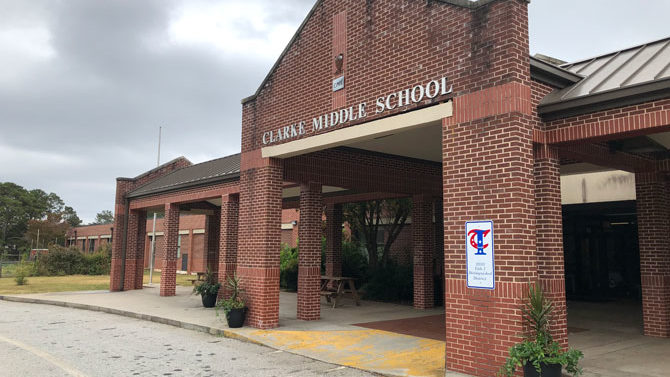 Superintendent Demond Means told school board members at a work session Thursday that he wants to restore $10 million for Clarke Middle renovations and postpone a new district headquarters.

Means had previously proposed pushing Clarke Middle off into the next round of ESPLOST, which will go before voters in November 2021, arguing that $10 million was insufficient and a new central office was an urgent need because the career academy building, where most administrators are currently housed, is bursting at the seams. But the board voted down Means’ proposal to spend $10 million on a Milledge Avenue building last month, and he also received pushback from teachers, students and parents on delaying Clarke Middle renovations. The school has bug, mold and HVAC problems, and Athens’ three other middle schools have all been rebuilt or renovated.

Some administrators could be moved temporarily into the old Gaines Elementary School, which has served as an overflow school during construction at other schools.

The $10 million budgeted could become $14 million because CCSD is collecting more sales tax revenue than anticipated, Means said, but that is still only about half of what it would cost for a full rebuild. If that’s the route stakeholder groups want to take, additional funds could be added in ESPLOST VI, he said.

Defend Trump on the Facts, and You’re Doomed