Defend Trump on the Facts, and You’re Doomed 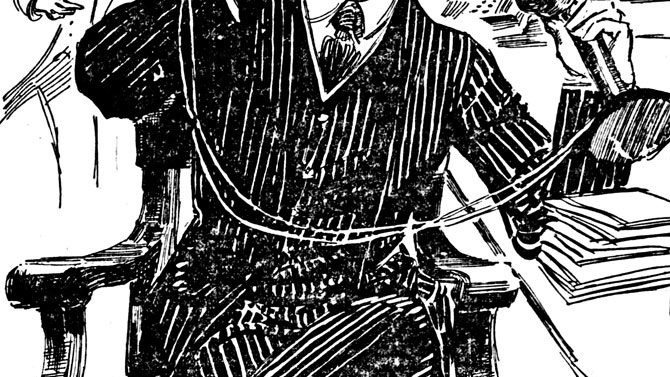 This is not a complicated situation, although some would prefer that we think so. In fact, it is alarmingly simple. Ukraine is our ally, a country that wants to join us in the ranks of free democracies with market economies. Yet Ukraine is under constant attack by Russia, and to maintain its independence, Ukraine desperately needs American military, economic and diplomatic support.

More specifically, Ukraine needs U.S.-made Javelin anti-tank missiles, it needs the almost $400 million in foreign aid that was appropriated for it by Congress, and it needs a high-profile White House visit for its president, to show the world and Russia that it has our full support.

But Donald Trump also has needs—needs he believed Ukraine could fill.

He needed Ukraine to announce a false corruption investigation to tarnish his most prominent political opponent, Joe Biden. He needed Ukraine to falsely confess that it, not Russia, had meddled in the 2016 election by hacking Democratic emails and that it did so as part of an international conspiracy to help Democrats. (Yes, it’s that ridiculous.)

So, at Trump’s orders, military aid to Ukraine was stopped. At Trump’s orders, his personal attorney, Rudy Giuliani, and his appointee as ambassador to the European Union, Gordon Sondland, repeatedly told Ukraine that it would not get the foreign aid or the White House visit it needed unless Trump got what he needed first.

Trump himself made that clear in a phone conversation with Ukraine’s new president.

In that conversation, Trump made it known that “The United States has been very, very good to Ukraine,” but whined that “I wouldn’t say that it’s reciprocal, necessarily.” He wanted something in return. In fact, when Ukraine’s president requested the Javelin missiles, Trump’s very next words were, “I would like you to do us a favor, though…”

He then laid out his demands, including an investigation of Joe Biden and his son Hunter.

None of the facts above are in dispute any longer. We now have sworn testimony from multiple participants and eyewitnesses—not “Never Trumpers,” but Trump appointees. We have text messages and documents and rough transcripts that confirm that testimony. We have public statements from Trump, Giuliani and Trump’s acting chief of staff, Mick Mulvaney, confirming their actions as well as their motives.

They will not attack the facts, because they know they would lose. Take U.S. Sen. David Perdue of Georgia. In a Fox News interview, Perdue said “there’s not a chance in hell” that the Senate will vote to convict Trump. Why? “I’ve seen the evidence,” Perdue said. “There is nothing that rises to the level of impeachment.”

Note that line of argument. Perdue isn’t trying to dispute the facts, because again, the facts are overwhelming. If you base your defense of Trump on the facts, you are doomed.

Instead, Perdue is arguing that what Trump has done doesn’t justify impeachment, which is astonishing. At any other time in U.S. history, with any other president, impeachment would be automatic under these circumstances, but not under Trump rules. Under Trump rules, there are no rules.

Under Trump rules, it’s OK to use U.S. taxpayer money as leverage to force allies to give you partisan political help. It’s OK to halt military aid to an ally that is fighting for its freedom if by doing so you can force them to interfere on your behalf in an election. These things and a whole lot more once deemed unimaginably bad are “nothing that rises to the level of impeachment.”

And if that becomes true, think about where that leaves us as a country. If that’s OK to win an election, what isn’t OK?

Jay Bookman covered Georgia and national politics for nearly 30 years for the Atlanta Journal-Constitution, earning numerous national, regional and state journalism awards. This column is reprinted with permission from the Georgia Recorder, an independent, nonprofit news organization that is focused on connecting public policies to stories of the people and communities affected by them. Sign up for the Georgia Recorder’s free newsletter at georgiarecorder.com.