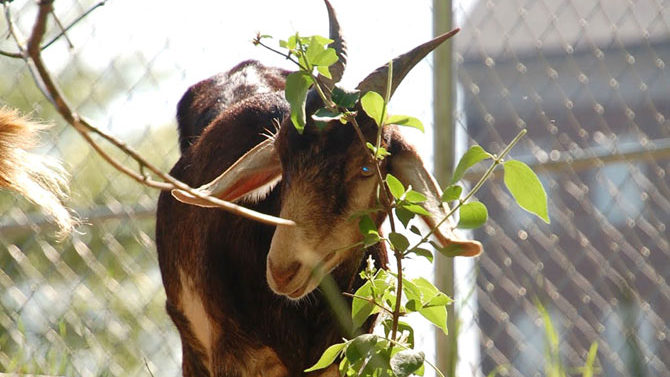 Last week was a bad one for those of us in Athens who die a little inside every time we’re confronted with further evidence that our corporate overlords are not only succeeding in permeating the public sphere with their self-serving propaganda, but having a laughably easy time enlisting help in that endeavor from institutions that should be arming the citizenry with the knowledge they need to resist the well-funded onslaught of disinformation.

In an Apr. 17 op-ed in the Athens Banner-Herald, Walter C. Jonesâ€”the Atlanta bureau chief for Morris News Service whose job it is to report on the Georgia Legislature for the media company’s network of daily papersâ€”offered the insightful analysis that liberals keep “attacking” the American Legislative Exchange Council (ALEC) because they don’t agree with its conservative agenda, but whatever: conservatives support it and there are more of them here. “Some critics have alleged,” Jones shrugged, “that ALEC was a tool of the corporations.” Those critics, one supposes, might be basing their allegations on the fact that ALEC basically exists to pass legislation written by corporations in Republican-controlled state legislatures, but you won’t read that in Jones’ piece. And anyway, Republican Senate Majority Leader Chip Rogers says that kind of talk is just silly, so there you go. See? Whether or not it’s OK for corporations to have a handy organization of state legislators who are happy to pass laws pertaining to issues like voter ID requirements and privatization of schools and prisons that are written especially to increase the corporations’ profits is just another thing liberals and conservatives disagree about. Two opposing viewpoints, each one perfectly valid. Aren’t you glad to have that explained to you by one of the most influential political journalists in the state?

The next day, the University of Georgia’s public affairs office sent out a media release entitled “Minimum wage rates don’t affect hardship among the poor.” That alarming and unqualified statement referred, it turned out, to the findings of a study co-authored by Robert Nielsen, a UGA assistant professor of housing and consumer economics, who observed that “almost no one finds any positive effects for helping families through minimum wage increases.” The study, the release briefly noted in its ninth paragraph, was “supported” by the Employment Policies Instituteâ€”just another inert fact, undeserving of elaboration, right? Why would anyone care to be informed that the EPI is a think tank created by a lobbyist for industries that employ vast numbers of minimum-wage workers, which is dedicated to producing and publicizing research that shows minimum wage increasesâ€”and often, minimum wage requirements in generalâ€”are bad for workers and the economy? Or that our state’s flagship public university is apparently more than happy to cooperate in that effort? Oh, wellâ€”maybe we should just be grateful to Public Affairs for giving the release such a flagrantly dubious title that it demanded to be questioned by readers, even if its writer didn’t find it necessary to do so herself.

Then last Friday, the Banner-Herald, apparently unwilling to be outdone by UGA, ran an op-ed with the catchy header “Environmentalism is secular religion,” which advanced the fanciful notion that since environmentalists are just like religious fanatics, maybe environmentalism shouldn’t be taught in schools. It’s a hilarious piece, breathtaking for the colossal feats of insentience demanded of its author to sustain the central conceit that believing in facts supported by overwhelming evidence stemming from scientific research and believing in dogma supported by religious faith are exactly the same thing. That author is Robert H. Nelson, identified as a University of Maryland environmental policy professor and senior fellow with The Independent Institute, which is a think tank that advocates for environmental policies that are decidedly market-based. Not mentioned are Nelson’s senior fellowship with the Competitive Enterprise Institute, a corporate-backed free-market advocacy center that aggressively campaigns against environmental regulations, or his vague affiliation with the Koch-funded Mercatus Center at George Mason University, which has been accurately described as “ground zero for deregulation policy in Washington.” The “environmentalism = religion” schtick is nothing new for Nelson, who’s been milking it in op-eds, research articles and books for years, much to the delight of the corporate supporters of the various “nonpartisan” think tanks he works for. And our local daily paper either doesn’t realize it’s playing the shill for the world’s wealthiest and most powerful companies, or doesn’t care.

We shouldn’t be surprised when people with money use all the means at their disposal to try to make more. But we should have the right to assume that institutions like universities and the journalistic press are casting a skeptical eye toward those people’s heavy-handed attempts to convince us to fork it over to them, and like it. More and more, it seems that’s another buck that’s being passed.